You are here: Home / Two Pastors that Give me Hope 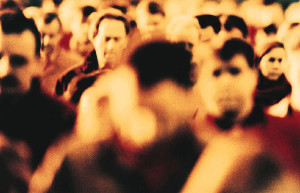 Though I used to be a pastor of a traditional/institutional church, in recent years I have been somewhat critical of Christendom and the institutional church. If it is true what I suggest in Skeleton Church, that the church is the people of God who follow Jesus into the world, then buildings and clergy and worship services are not only not necessary for being the church, but can actually obstruct the people of God following Jesus into the world.

Nevertheless, many who knew me as a pastor sometimes ask, “Jeremy, do you think you will ever become a pastor again?”

Instead, what I have always said is, “If there is a traditional/institutional church that would hire me, I would consider it.” But it would have to be a very special, unique type of church. Usually, once a church discovers that I am in favor of selling (or at least redeeming) the church building, canceling the Sunday worship service, stopping prayer meetings and evangelism, and a host of other such changes, the church quickly discards me as a potential pastor.

And I don’t blame them. If I was in their shoes, I wouldn’t hire me either. Of course, ironically, the church wouldn’t be “hiring” me anyway, since I am not a fan of pastors getting paid. Yes, if I ever pastored a church again, my desire is to not take a salary.

Up until recently, I have pretty much thought that there was not a church in the world which might possibly consider having me (or someone like me) be part of their ministry. But I recently discovered two pastors that are giving me hope. I have been extremely impressed with much of what they say in their sermons, what they tell their people about following Jesus, and how they view the building, resources, and money which is part of their church.

Two Pastors I Have Come to Love

These two pastors give me hope that maybe, some day, some how, I might return to a traditional church setting. (Right now, in case you are wondering, I am trying to nurture a fledgling organic church).

These two pastors are Greg Boyd and Bruxy Cavey.

I’m kidding. I have long hair also, and it is refreshing to see another pastor who is not afraid to look like Jesus. I’m kidding again!

No, the real reasons I appreciate both of these pastors is because of what they teach and how they lead their church.

The Preaching and Teaching of Bruxy and Boyd

Both of them have a preaching style that digs DEEP into Scripture. They are not afraid to deal with the hard texts and raise the tough questions. Furthermore, neither one is afraid to approach (and sometimes cross over) the traditional boundaries of orthodoxy. They are both first-rate scholars, but are able to preach and teach in a way that is insightful, interesting, and helpful for the people who listen. They don’t try to impress people with their knowledge, but explain what Scripture teaches with boldness, clarity, passion, and a bit of humor. They don’t try to “keep people interested” by telling needless stories, making jokes, or doing a dog and pony show up on stage. They believe that the text, when rightly explained, is infinitely interesting all by itself. When they teach, they are there to teach, and you better have your thinking cap on because they will challenge the way you read Scripture and live life.

For example, I recently heard Bruxy say in a sermon that if the people in his congregation could only go to one meeting time a week, he would prefer they go to one of their home churches, rather than come to the big weekly gathering. It is rare to hear this sort of thing from pastors. Usually, pastors think the main focus of “church” is to get people into the Sunday morning service. But Bruxy understands that the church is the people, and the church functions best when people are in close relationships with one another, which happens best in groups of small people, rather than in a large group setting.

The Direction Bruxy and Boyd Lead Their Churches

I have also been impressed with the direction in which both churches are headed. Sure, they have big buildings, big budgets, and large crowds, none of which I am usually a fan of. But these two churches seem to be doing things with their buildings and budgets that appears to be different from what many other big churches do. 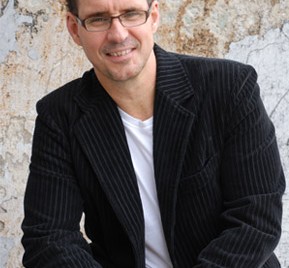 At Boyd’s church, for example, they have recently embarked on a campaign to change their building so that it can be used to help the poor and homeless in their community. They are going to let the homeless live there.

But not only that, they are working toward using their church building to provide housing, food, training, and daycare for low-income and homeless families. To quote something Greg Boyd says frequently in his sermons, “Praise God!”

Look, I know that I don’t have all the answers for church. Much of what I believe is barely past the theoretical stage, and is only in “seedling” form. But I am impressed with what I am seeing from churches like The Meeting House and Woodland Hills. Their form is more “traditional” and “institutional,” but their activities, message, and goals are anything but.

Bruxy and Boyd, may your tribe increase!