You are here: Home / Redeeming Scripture / Now You Can Understand Prophecy 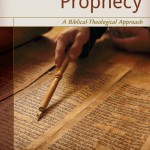 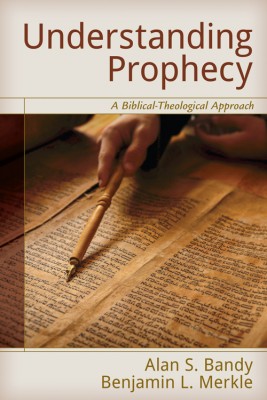 In the opening paragraph to Understanding Prophecy, Alan Bandy and Benjamin Merkle say that “Prophecy is something with which most people are either obsessed ad nauseum or about which they feel so inadequate they avoid it altogether” (p. 17).

This has been my exact experience as well. People sometimes leave comments on my blog about prophecy, and almost without fail, these comments are thousands of words long, full of Scripture quotations and links to current events about Obama, Putin, Area 51, and chem trails. I usually delete these comments. These are the self-proclaimed prophecy experts who are not doing prophesy or Christianity any favors, and their obsession with prophecy makes the rest of us feel rather queasy.

Then there are those who try to read prophecy, such as the book of Revelation, and are so confused by what they read, they throw up their hands in frustration, and turn on ESPN. I understand this feeling. To be honest, that approach is probably better than if they had decided to persevere and opened up a few commentaries on the book of Revelation, for then they would have become really confused. Every commentator is so certain about their interpretation of Revelation, but every commentator contradicts each other on nearly every point. How can so many people be so certain about the interpretation of Revelation, but at the same time, so different? It is very confusing for the normal student of Scripture.

This is why a book like Understanding Prophecy by Alan Bandy and Benjamin Merkle is so important. Though they differ on some interpretations of prophecy, they have written a book to help you and I read and study prophecy for ourselves. The book does not so much explain the various prophetic texts in Scripture, as provide a framework to read and study it on our own.

Overall, I think that Alan Bandy and Benjamin Merkle did a fine job in the book. They point out that prophecy should be filtered through the lens and grid of the crucified and resurrected Jesus Christ, and that prophecy is not so much about telling the future as it is about calling people back into faithfulness to their covenant relationship with God. They also point out the difference between conditional and unconditional prophecy, and how to know which is which.

My primary complaint about this book is that despite their desire to filter the interpretation of prophecy through the lens of Jesus Christ, they still believe in and hold to a violent, bloody, vengeful, and wrathful second coming of Jesus Christ. They say that although Jesus came with peace, love, and forgiveness in His first coming, the second coming will be with fire and blood and war (cf. p. 27), though to be fair, this position does not present itself much in the rest of the book.

The book takes the various sections of prophecy in Scripture and presents them in their literary and cultural contexts, providing a brief summary of the various views and interpretations that are available for each section. All in all, it is an excellent summary of how to understand and study biblical prophecy on your own, and I highly recommend it.

Get your copy today at Amazon or CBD.