You are here: Home / Understanding the Ten Plagues

The ten plagues were the means by which the people of Israel gained freedom from slavery in Egypt.

While some scholars argue that the first nine plagues were non-violent, it is impossible to say that they were non-destructive. Even if it could be proved that no human died in any of the first nine plagues, it is nearly certain that countless fish, frogs, animals, and insects died over the course of these nine plagues. For example, it is quite unlikely that any fish survived the first plague—the turning of the water of the Nile into blood. The same goes for the disease on the cattle (the fifth plague), and the hail and fire of the seventh plague. 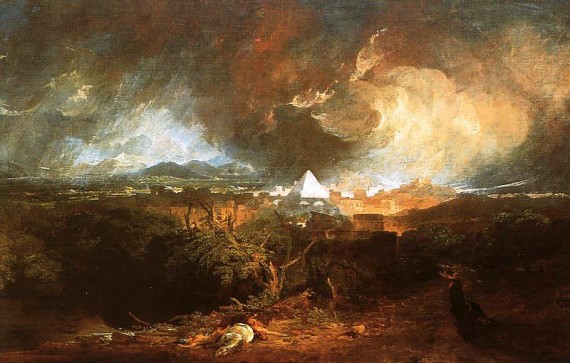 Nevertheless, as we seek to understand the violence of God in the Old Testament in light of Jesus Christ, it is the tenth plague that is of primary importance for this study, for it this plague which killed all the firstborn sons of Egypt.

The Ten Plagues and the Impotence of Egyptian Deities

However, before we consider the events of the tenth plague, it is important to recognize that all the ten plagues were at their core an attack on the powers of the Egyptian deities (cf. Gen 12:12).

The plagues were designed to show the impotence of the Egyptian idols, the supremacy of God’s power and the futility of resisting His declare will. The plagues also showed His mercy, being tailored to disrupt and humiliate the worship of their pagan deities without causing loss of human life until the final plague, which occurred only after God had exhausted every other option (Graeser, et. al, Don’t Blame God, 74).

Note: For a great chart on these Egyptian deities and their relation to the Ten Plagues, see Barnes’ Bible Charts on the Plagues. 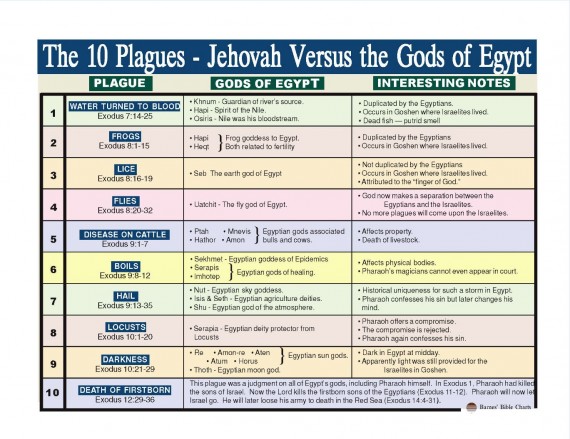 Tomorrow we will begin to look at how to read and understand the tenth plague in light of Jesus Christ. Until then, have you heard this perspective about the ten plagues revealing the impotence of the Egyptian deities? What are your thoughts about it?