You are here: Home / Redeeming Theology / Do you have to believe that Jesus is God? 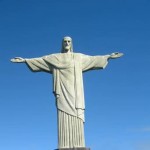 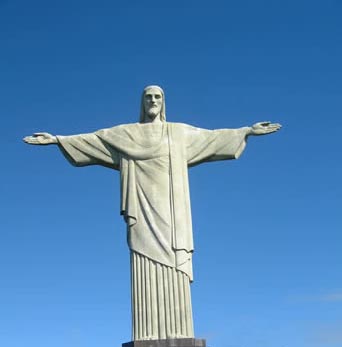 Do you have to believe that Jesus is God in order to receive eternal life? Some people think so because of what John says in John 20:31.

These are written so that you may believe that Jesus is the Christ, the Son of God, and that believing you may have life in His name.

Since most people assume that “Christ”=”God” and that “Son of God”=”God” they think that it is required to believe that Jesus is divine in order to receive eternal life.

But is this assumption correct? Is it true that the title “Christ” (or “Messiah”) means “God”? How about the term “Son of God”?

“Christ” and “the Son of God” do not require divinity

Many people believe that the terms “Christ” and “Son of God” refer to the divinity of Jesus – the fact that He was God. While that certainly has been a popular view in the past, and is the “traditional” view, more and more students of Scripture are realizing this view does not fit all the Biblical data.

Instead, the terms seem to refer to the role or function of someone who is being used by God in a special way to carry out God’s will on earth. Here is what I believe about the terms “Christ” and “Son of God”:

The terms “Christ” (or “Messiah”) and “Son of God” did not originally refer to someone who was divine, but to someone who had a special relationship with God and was therefore given a God-appointed task, which was often related to some sort of deliverance. However, as Jesus performed His ministry as “the Christ, the Son of God” the terms grew in significance to include the idea that the God-appointed task of Jesus required Him to be God in the flesh. The Gospel writers (especially John) emphasized the divinity of Jesus to prove that everlasting life is freely given to those who believe in the name of Jesus for it.

I believe this for many reasons. First, the term “Christ” (or “Messiah”) simply referred to an anointed deliverer. In Jewish literature, mere humans were often referred to as “Messiah.” No Jewish person thought that the promised Messiah would be God in the flesh. They were looking for, hoping for, and praying for a human deliver who would be specially anointed and gifted by God to lead the Hebrew people back into their rightful place among the nations.

Support for this idea is seen in the fact that the disciples believed Jesus was the promised Messiah long before they believed He was God incarnate. But the disciples do not appear to understand that Jesus is God incarnate until sometime after Jesus rises from the dead. Even at the Last Supper, they ask Jesus to “reveal the Father to us” and Jesus says, “Have I been with you so long, and yet you have not known Me? He who has seen Me has seen the Father” (John 14:9).

Secondly, regarding the term “Son of God,” it was a term that was commonly used for Kings, Emperors, and Caesars. It was thought that Emperors and Caesars were the offspring of a deity, but were not themselves deity. An Emperor or a Caesar could become a god once they died, but they were not considered to be fully divine while alive.

Much more can be said about this. But the point is that the terms “Christ” (or “Messiah”) and “Son of God” are not, in themselves, equivalent with deity. One could believe that Jesus was the Christ, the Son of God, but not realize that He was also God incarnate, God in the flesh.

I believe that John, in his Gospel, is trying to get people to see that Jesus is God, and is possibly trying to inject more meaning into the terms “Christ” and “Son of God” than the average person in the first century would have understood or immediately grasped.

In other words, one of the primary purposes of John is to impregnate the terms “Christ” and “Son of God” with new meaning and significance that cannot be used of any other human throughout history.

So while believing that Jesus is God may be logically necessary for receiving eternal life, it is not theologically required.

I do not believe that to receive eternal life, one must grasp and understand the divinity of Jesus. According to Jesus Himself, He gives eternal life to everyone and anyone who simply believes in Him for it.

Anyway, let me get your thoughts on the subject in the comment section below, and if you want to learn more about how the gospel truth that Jesus is God fits in with the offer of eternal life through Jesus, take my online course on the gospel: