You are here: Home / Why Nature is Destructive 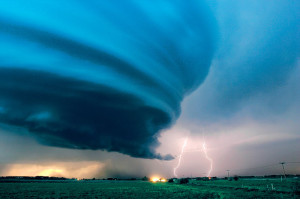 The second principle of the chaos theory is that while God originally created a beautiful and orderly universe that functioned in beautiful symmetry, once free agents used their freedom to rebel against God, many elements of God’s creation spun out of control, that is, they no longer work in coordination with all the other parts of God’s creation.

There is a whole theology behind this idea, but let me try to summarize it here and in the next post.

God created a world which contains powerful natural and spiritual forces, all of which are interconnected. In God’s original design, all elements and aspects of creation were intended to work together in a symphony of joy and beauty. Cycles of light and darkness along with seasons of cold and warmth provided opportunities for work and rest.

The animals and natural elements were perfectly balanced to support and sustain one another. Plants, trees, and vegetation provided sustenance for the animals, while the animals helped tend and guide the growth of plants. There were waters below and waters above, working together with the heat of the sun and the movement of the air to bring growth, light, and refreshment to all. It was beautiful.

At the pinnacle of this creation God placed mankind, both male and female. Together, they were to work in a partnership with God and with each other to serve as a conductor over this orchestra of creation. Humans were to partner with the plants and with the animals to guide, help, and direct all things to work together in unison and for the purpose God intended.

The Principalities and Powers

Part of this symphony also involved the angels. 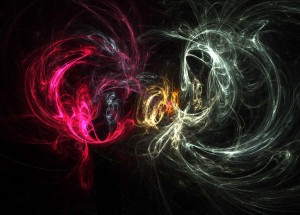 In God’s original design, angels serve as the “messengers” that would carry communication from God and from humans not only to and from each other, but also to and from the animal kingdom, the plant world, and the natural forces of creation. These powers were at the disposal of Adam and Eve to help them tend the earth. All of these forces were good, beneficial, helpful, and were intended to be used by humanity for the good of all creation.

Evidence for this idea is seen in the fact that Adam and Eve were able to speak to animals in the Garden, and that somehow, the animals were to work together with Adam and Eve to tend the garden and subdue the earth. Not only this, but when Jesus—as the new Adam—ministered on earth, He was able to direct fish where to swim, and He calmed storms with a word.

So it seems likely that humans were originally created with the ability to communicate with the animals and guide and control weather patterns with our thoughts. Some believe that the 90% of our brain which we do not use is not simply empty matter in our skulls, but may have originally been the parts of our brain that communicated with the spiritual realm of the angels so that through them we could communicate with each other, with God, with the animals, with the plants, and even with the forces of nature (For more on this theology of angels, see “The Powers Trilogy” by Walter Wink.)

The Fall and the Forces of Nature

But when Adam and Eve rebelled against God, the entire system broke. The spiritual connection and the human authority to direct and guide creation became untethered from our control. The forces of nature were unleashed from the direction of mankind. Creation spun out of control, and the powers with it.

When Adam and Eve sinned, creation fell with them, and these forces and powers intended for the good of creation degenerated into powers of destruction. These destroying powers, under the control of the Destroyer, seek only one thing: destruction. The forces of nature spun off independently, resulting in storms, floods, and earthquakes. Mayhem, death, chaos, and fear began to dominate. Sin, death, and bloodshed became commonplace.

The end result is what we experience now, and what has been “normal” since Adam and Eve sinned. The creative forces of God, given to humanity so that we might tend, guide, and facilitate the world in a beautiful symphony of ongoing creation, fell into destructive chaos instead.

Storms rage across the face of the earth, unleashing wind and rain in gales of destruction and death. One part of the planet suffers from drought while another part drowns in floods. Animals fear humans and prey on one another. Humans fear animals and each other, and kill to stay alive. Sickness and disease spread from germs and bacteria that in many cases are helpful in their rightful place and for their right function, but attack and destroy when used in the wrong ways and the wrong numbers. And ultimately, eventually, finally, no matter what, death takes us all.

In the next post we will see how this idea helps explain some of the violence that occurs in the world.