You are here: Home / You Gotta Love that Sh*t 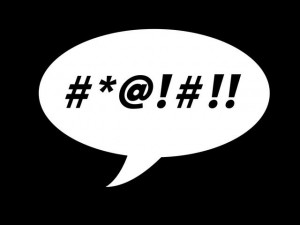 I have been a long time reader of Chris Elrod’s blog, and he recently announced his departure from the blogosphere. To say goodbye, I am posting one of his final posts below that all church planters (and all who are followers of Jesus), should read. I strongly encourage you to also go and browse his archives (which are still active).

You Gotta Love that Sh*t
by Chris Elrod

Curse words are just words … but oh what a tapestry of division they can weave.

Recently I was meeting in a restaurant with some other church leaders.  Sitting near us were two truck drivers that were cussing up a storm in their conversation.  In between f-words and a-words one of the guys said REAL LOUD… “You gotta love that sh*t!”

That was the final straw for one of the pastors at our table and he asked the waitress if we could move to a different location … because he was offended by the language of the men.

Don’t get me wrong … reaching people far from God is messy.

However, reaching people far from God with the Gospel of Jesus Christ is what the Father called us to do.

I know that quite a few potential church planters read my blog so let me say this to you:

If you don’t want to do ministry that is messy … don’t plant a church.

If you just want to “feed the saints” … don’t plant a church.

If you just want to stop having to take orders from your current pastor … don’t plant a church.

If you just got fired, let go or laid off from a ministry position … don’t plant a church.

If you are still trying to impress seminary professors with your preaching skills … don’t plant a church.

In fact, if you think planting a church is cool … don’t plant a church.

If you think those things, it’s probably going to be best for you to get a job in your state denominational office … where it’s safe, there’s a steady paycheck and you only have to interact with other Christians.

On the other hand…

… if you love the smell of vomit and beer

… if you love to hear about people’s addictions

… if you love getting 3 a.m. marriage counseling calls

… then by all means … plant a church.

If you don’t have a passion for the mess … if you don’t hear someone cussing and think, “That person is a potential guest for my church” … if you don’t wake up every day with an unquenchable thirst to see people far from God come to know Jesus Christ as their Lord and Savior … church planting is going to be a miserable experience for you!!!