You are here: Home / z / 3 Tactics Calvinists Use Against Non-Calvinists

In my current series on Calvinism, I have had several Calvinists leave comments about their areas of disagreement with what I have written.

I fully expect and invite disagreement. Please … if you are a Calvinist and disagree with what I am writing, let me know, and present your views!

However, I have noticed a trend in the comments that have been left by Calvinists thus far. There seems to be three main tactics or approaches that Calvinists have used in their attempts to defend their ideas and disprove mine. 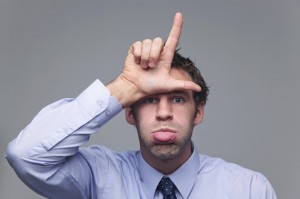 It always surprises me how quickly some Calvinists turn to name calling as a way to defend their ideas. If you are not a Calvinist and seek to teach your views, be prepared to be called a heretic, a reprobate, a mouthpiece of Satan, and a fool. Some Calvinists may simply say that you are stupid, ignorant, or spiritually blind.

When I was in grade-school, I never understood why some kids thought they could win arguments by calling other people names, and I still don’t understand it today.

Very rarely  is there any proper place in serious theological discussion for cajoling, slander, vilification, and the mocking of others.

If you are a Calvinist and you believe that I am stupid, ignorant, and the mouthpiece of Satan because I am not a Calvinist, show it by the weight of your exegetical arguments; not by calling me silly names.

Of course, I find this tactic used by many various groups within Christianity. Most people seem to think that what they believe is exactly what the Bible teaches, and if people would read the Bible, they would come to the same beliefs. 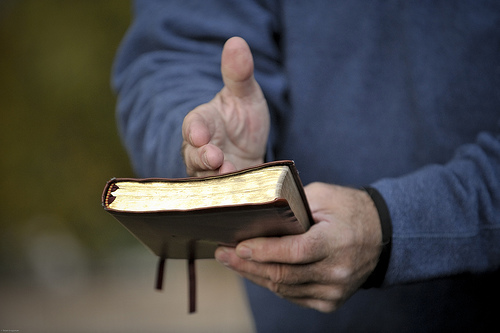 What many Calvinists do not seem to grasp is that reading the Bible is one thing; understanding it is another. Even highly educated and well-respected scholars and Bible teachers disagree with each other about the meaning of the text.

Often, along with inviting non-Calvinists to just “read the Bible,” Calvinists like to type out longs lists of Bible quotes which the Calvinists thinks proves and defends the Calvinistic system of theology.

You heretic! If you had simply read the Bible, you would know that you are filled with the lies of the devil! Here’s proof:

In fact, one classic book on Calvinism (The Five Points of Calvinism) contains little else but pages upon pages of Bible quotations.

In a post from several years ago, I referred to this tactic as Shotgun Hermeneutics. Some people seem to think they can win theology debates by simply quoting a lot of Bible verses, as if the other person was not aware of those verses and had never read them in the Bible.

I am fully aware of all of these verses. I have read them many, many times, and I have deeply studied most of them in the Greek or Hebrew, as well as in their historical, cultural, and grammatical contexts. I simply have a different understanding of these verses than you do, and if you read some of the others posts on this blog, you will learn how I understand those texts you quoted.

Of course, Calvinists think their understanding of Scripture is the only valid one, and part of this is because of their appeals to tradition and authority.

3. Appeals to Tradition and Authority

The final tactic that Calvinists often use to defend Calvinism is with appeals to tradition and authority. Usually, if you disagree with a Calvinist on the meaning of a particular Bible verse, rather than deal with the exegetical evidence that was prevented about the verse, they will say that your understanding is wrong, because it disagrees with what John Calvin, John Piper, or John MacArthur teaches (or some other Calvinist). 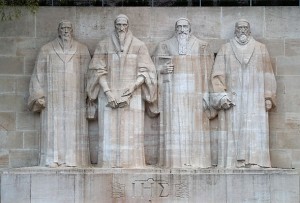 I have a book in my library where an extremely popular Calvinist in which he lays and defends the Calvinistic doctrines. When I first read it, I was a Calvinist, but I remember being extremely uncomfortable with how he defended his views. Rather than base his arguments on a detailed analysis of pertinent Scripture texts, he tended to quote St. Augustine (who predated Calvinism), John Calvin, and other prominent Calvinistic theologians.

Anyway, even though you can quote a bunch of scholars, authors, and Bible teachers who agree with your perspective, this does not prove that your view is correct.

Main Problem: A Lack of Grace

The main irony or problem with lots of the disagreement that comes from Calvinists is that it lacks grace.

Usually, when a Calvinist engages in the 3 tactics listed above, it is done with a complete lack of grace. I find this most troubling. Why is it that Calvinists, who claim to teach ‘The Doctrines of Grace” are so ungracious when dealing with those who disagree?

If we truly hold to grace, does it not seem that our dealings with others should also be full of grace? I think so.

I know that many non-Calvinists are guilty of the three things above (I fall into them myself sometimes), but what have been your experiences with debating Calvinists? Share in the comments below!