In Acts 8, the message about God’s acceptance of the entire word in Jesus Christ spreads to Samaria, the region north of Jerusalem and Judea.

The Samaritans were viewed by many Jewish people as half-breeds and religious deviants. Originally, the region that was now Samaria was part of the Northern Ten Tribes of Israel, but after these northern tribes were conquered in 722 BC, the region had been resettled by Assyrians. The Israelites that remained in the region intermarried with the Assyrians.

The Samaritans were the descendants of these Israelite-Assyrian marriages, and over time, had also lost many of the Israelite beliefs and customs. For example, they only accepted the first five books of Hebrew Scriptures, but nothing else. They did not travel to Jerusalem to worship, but instead, built a rival temple on Mt. Gerazim (cf. John 4:20). For this and many other reasons, the Jewish people disdained the Samaritans, and believed that they were no better than Gentiles, fit only for the destruction and judgment of God. 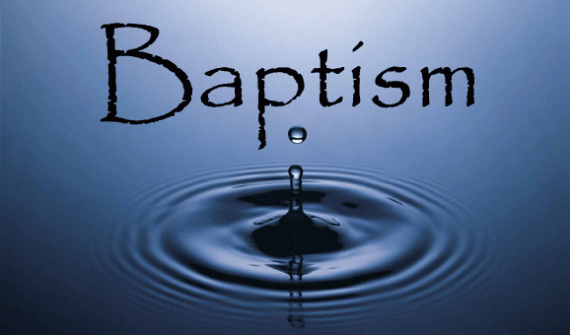 And yet in Acts 8:4-8, as a result of the persecution that is breaking out against the church in Jerusalem and Judea, many Jewish believers fled to Samaria, and ended up sharing the Gospel of Jesus Christ with some of the Samaritans. As a result, multitudes of people believed, and those who believed were baptized into the name of the Lord Jesus (8:16).

What kind of baptism was this? Since the Samaritan religion was quite similar to Judaism, this baptism in the name of the Lord Jesus was probably very similar to the Jewish baptism. The fact that this was done in the name of Jesus shows the growing emphasis for new converts to “fully identify” themselves in their new life with the teachings, example, and values of Jesus Christ. The water baptism symbolized a death to the past and a new life of living and loving like Jesus.

Since baptism was a common practice in nearly all religions of that time, and in nearly all cases it represented a break with the past and a new way of living for the future, when someone was baptized the friends and family members would ask what the baptism represented. This is like what happened to the Samaritan believers, and when asked, they were given an opportunity to talk about how they were now fully identified with Jesus, and their new life would reflect His.

Peter Opens the Door to the Samaritans

While this revival in Samaria was taking place, the apostles were still in Jerusalem. When they heard that the people of Samaria had believed, Peter and John went up to Samaria to see what was going on. Since they had spent time with Jesus, following Him into Samaria (cf. John 4), and hearing Him speak positively about Samaritans (cf. Luke 10:29-37), they probably did not have the same aversion to Samaritans as did most other Jews. Nevertheless, it is somewhat surprising that given the final instructions of Jesus (Acts 1:8), the apostles themselves were not the first ones to take the news about Jesus into Samaria.

When Peter and John arrived, they learned that although the people had believed in Jesus and been baptized in His name, they had not received the Holy Spirit. So they laid hands on the new believers that they might receive the Holy Spirit (Acts 8:14-17). In this way, Peter once again used the Keys of the Kingdom to open the door of the Gospel to the Samaritan people.

They also were now part of the church and from this point on, would receive the Holy Spirit immediately upon believing in Jesus for eternal life. Once the door had been opened in this way, Peter and John returned to Jerusalem to tell the other apostles what had happened (Acts 8:25).