You are here: Home / Sometimes the Bible is our own worst enemy 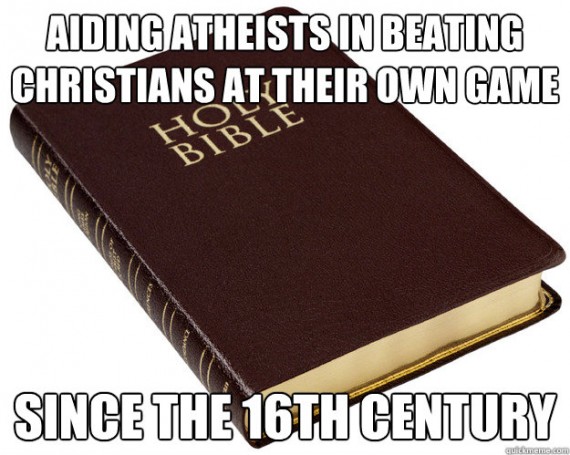 Be careful not to quote too much Scripture to an atheist… because he or she may start quoting Scripture right back! There are a lot of verses in the Bible that seem downright, well, anti-biblical. Or at least anti-christ.

You know… verses about killing babies, marrying girls you raped, and slaughtering all your enemies (including their cows and sheep).

Would Jesus command such things? I don’t think so…