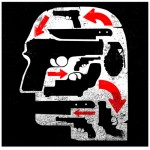 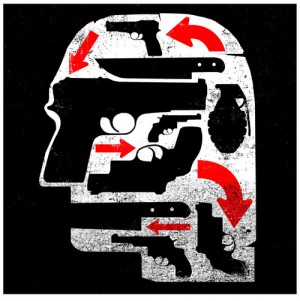 We are looking at 4 reasons the Bible is unique. Here is a brief summary of where we have been so far:

This leads us to the fourth reason the Bible is unique:

4. The Bible is unique because it is uniquely human.

Yes, every book in the world is a human book, but the Bible is a uniquely human book. Let me explain what I mean.

I intend to make no such claim.

I do, however, agree that the Bible is a human book.

And what does Scripture reveal? It reveals that evil is in our human hearts. “It mirrors our best and worst possible selves” (Stark, The Human Faces of God, 218).

Humans Love to Blame God for our Evil

But more than that, Scripture reveals that when humans act upon the evil that is in our hearts, we like to blame God for our actions. 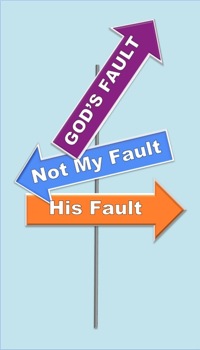 When we are violent, we make God the scapegoat for our violence. We learned this practice from the father and mother of humanity, Adam and Eve. After they ate the forbidden fruit in the Garden of Eden, Adam blamed Eve, and Eve blamed the serpent, but both inferred blame upon God. In blaming Eve, Adam said “the woman whom You gave to be with me, she gave me of the tree, and I ate” (Gen 3:12). Adam implies that if God had not given the woman to him, Adam never would have sinned. It was God’s fault. Eve’s attempt to blame God is not so obvious, but in blaming the serpent, it seems that she implies that if the serpent had not been in God’s Garden (for didn’t God create all the animals?), or if God had given to Eve the same instructions He had given to Adam (for didn’t God only give His instructions about the forbidden fruit to Adam?) Eve would not have been deceived.

Adam and Eve’s descendants learn the blame game well. Cain becomes angry when God accepts Abel’s sacrifice rather than his own (Gen 4:5), and after he kills Abel, claims that it is not he who is supposed to take care of Abel, that he is not his brother’s keeper (Gen 4:9). The implication once again is that if God wanted to protect Abel, God should have done so. Following this example, after Lamech killed a man for wounding him, Lamech says that he had more right to commit murder than Cain did, and therefore, God shouldn’t punish him, but should protect and avenge him (Gen 4:23-24).

This sort of pattern continues throughout the entire Bible, even if the human tendency to blame God is not always so evident.

This tendency to blame God continues all the way up into our own day as well. When bad things happen to us, we say, “Why is God doing this to me?” When we observe evil occurring elsewhere in the world, we wonder, “Why isn’t God stopping that evil?” When natural disasters like floods, earthquakes, and hurricanes come upon neighborhoods, towns, cities, and countries so that homes are destroyed and lives are taken, we call these horrible events “acts of God.” When people commit crimes of lust or passion against others, they often explain their actions by saying, “God made me this way. He gave me these desires. I cannot help myself.”

History reveals that humans love to blame God for the evil that is in their own hearts.

This tendency is laid bare in nearly every violent event in the Bible, which is one reason why the Bible can be said to be inspired by God. The Bible reveals to humans what we are really like. In this way, the text is also inerrant. Much of the Hebrews Bible inerrantly records not what God has done for mankind, but what mankind has tried to do for God using the weapons and ways of the world. These “failed attempts to act on behalf of God” (Stark, The Human Faces of God, 232) were done with evil in our hearts and the name of God on our lips, and thus reveal to us not so much of what is in the heart of God, but what is in the heart of men.

What does the Old Testament reveal?

The Bible reveals that we are sick, twisted, evil, and hell-bent toward violence.

But more than that, it reveals that when we lash out in violence and bloodshed toward others, we love nothing more than to blame God for this violence. We kill others and say, “God told me to.” We murder others and say, “It’s because they were evil and God wanted them dead.” When natural disasters occur, we shrug our shoulders and say, “If they hadn’t sinned so much, God wouldn’t have killed them.” 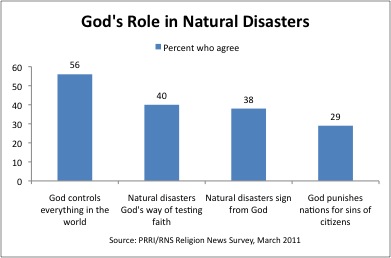 This is what we find over and over again within the pages of the Hebrew Scriptures, and which, if we are honest, we find in our own hearts as well. God is not violent; we are. But when we act upon the violence in our hearts, we make ourselves feel better by blaming God for it. These texts “remind us of the kind of monstrous people we always have the potential to become in the name of some land, some ideology, or some god” (Stark, The Human Faces of God, 232).

This is what the Old Testament texts reveal to us, and it is this perspective that Jesus affirms over and over through His own life and ministry.

Jesus not only reveals to humanity once and for all the depth of depravity that is within the hearts of men, but in Jesus, we finally see what it means to be truly human, and therefore, truly divine. While it is true that Jesus reveals God to us, we must also recognize that before Jesus can reveal God to us, we must allow Him to reveal us to us. In this way, by the most shocking of theological twists, we learn what God is truly like only after we have learned what a human is truly supposed to be. And both are revealed in Jesus Christ.