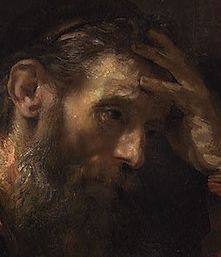 Titus 1:15 is sometimes referenced as further proof for the doctrine of Total Depravity and its twin, total inability. The text says this:

To the pure all thing are pure, but to those who are defiled and unbelieving nothing is pure; but even their mind and conscience are defiled (Titus 1:15).

Pulled out of context, this passage appears to be quite similar to some of the others we have looked at previously, and similar arguments could be used to understand Paul’s point.

Upon closer inspection within the context, however, Paul’s argument contains a surprising point we have not yet specifically encountered. This verse contains a warning about those types of “Christian” theologies that condemn other people and other things as being impure and depraved. In other words, although Calvinists sometimes use Titus 1:15 to defend their doctrine of Total Depravity, this verse might actually condemn theologies that include teachings like Total Depravity as being “unchristian.”

Paul is Writing to Titus Who was Struggling with Judaizers

To see this, we must understand that Paul was writing a letter to a young pastor named Titus who was ministering in Crete but was facing numerous problems in the church. Chief among these problems were certain teachers who had risen up within the church and were leading people astray by what they taught. Though we cannot know everything these false teachers in Crete were saying, the context does give some indication about their ideas and words.

Apparently, certain Cretan Christians were teaching the ideas and theology of a group called the “Judaizers.”

The Judaizers were not necessarily Jewish in heritage (though many of them were), but might also have included Gentile coverts to Judaism. In Titus 1:10, Paul calls them “the circumcision.” Due to Paul’s emphasis on grace, he encountered opposition from these Judaizers almost everywhere he went. His letter to the Galatians is written against the influence of the Judaizers, and there are numerous hints in his others letters about his opposition to their teachings (e.g., Col 2:22).

Judaizers Taught the Necessity of the Mosaic Law

The main teaching of the Judaizers was that they wanted all followers of Jesus to continue to obey the Mosaic Law. Though these Judaizers considered themselves to be Christians and professed to know God (Titus 1:16), they believed that Jesus, as a Jew Himself, wanted all His followers to practice and obey the Law of Moses, including the laws of the Sabbath, the laws of circumcision, and the laws of ceremonial and personal purity.

One of the specific things these Judaizers were teaching was the necessity of keeping the Mosaic purity laws. 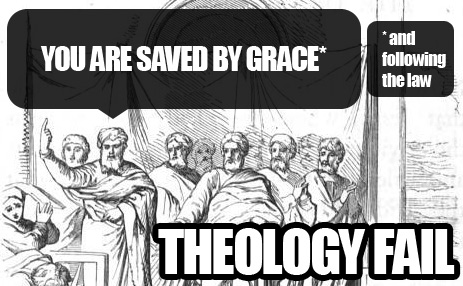 The Mosaic Law stated that if a person became unclean through touching a dead body, having an emission of blood, or getting a disease like leprosy, they polluted everything they came into contact with. If someone who was pure touched someone who was impure, the impurity passed to the pure person as well, making both impure.

This is why Paul says that “to the defiled … nothing is pure” (Titus 1:15). He is not saying that certain people sin all the time or that they do not and cannot understand the things of God. To the contrary, Paul is referencing a point drawn from Jewish purity codes that impurity passed from that which is unclean to that which is clean, and not the other way around. One who was clean could not cleanse the unclean by touching it, but would instead become unclean himself. As will be seen, Paul does not agree with this idea, but he references it because this is what the Judaizers were teaching.

A Saying from a Cretan Judaizer

A specific example of their own teaching is found in Titus 1:12, where Paul quotes one of these Cretan Judaizers as saying that “Cretans are always liars, evil beasts, lazy gluttons.” It is extremely unlikely that all Cretans acted this way, and Paul knew it. Such a statement is a prejudiced stereotype. 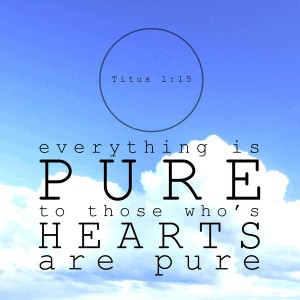 Yet Paul quotes it, and then “approves” of it by saying “This testimony is true” (Titus 1:13), not because he thinks it is right, but because the person who said it is a Cretan himself, and Paul wants to use this false teacher’s own words against him to show how foolish this teaching really was.

Paul builds on this idea in Titus 1:15, stating that “to the pure all things are pure, but to those who are defiled and unbelieving, nothing is pure.” It is possible the Judaizers were teaching something similar, and it may be that this is another example of where Paul is using a literary technique called epistolary diatribe to quote and refute the false teachers, but either way, Paul’s point is clear. According to a legalistic interpretation of the Mosaic Law (which Jesus Himself rejected time and time again), God’s people needed to stay separate and distinct from the defiled and unclean “sinners” of this world, because eating with them and hanging out with them causes the defilement of the “pure.”

The example of Jesus and the instructions of Paul reveal the exact opposite: that the righteousness of God in our lives has a redemptive and reconciling effect on the world. We bring light and love to the world by befriending sinners and living among them with grace, mercy, and forgiveness. The impure do not defile the righteous, but the righteous help sanctify the impure.

If the Judaizers are Right, then They’re Wrong

To sum up then, in Titus 1:15, Paul is saying that if the Judaizers are right in teaching that impurity makes everything it touches impure, then the fact that they are Cretans and all Cretans are liars, evil, and lazy, means that according to the theology of these Judaizers, even their mind and conscience are defiled.

Paul is not teaching some sort of doctrine of Total Depravity or total inability in Titus.

Instead, using a brilliant strategy of using his opponent’s teaching against them, Paul shows that those who teach that everybody else is evil and defiled have painted themselves into a theological corner. Their own logic disproves their position.

Therefore, it is highly improper to apply Titus 1:15 to the unregenerate person. This verse is more applicable to the religious teacher who legalistically hangs on to the principles of the Mosaic Law as guidelines for followers of Jesus, and specifically for those who teach that all people are liars, evil, lazy, corrupt, and depraved.