In Matthew 11:27, Jesus is talking about the relationship He has with His Father, and Jesus states that no one can know the Father except those to whom Jesus reveals Him. Such a statement seems to imply that Jesus only reveals God to a select few individuals.

All things have been delivered to Me by My Father, and no one knows the Son except the Father. Nor does anyone know the Father except the Son, and the one to whom the Son wills to reveal Him (Matthew 11:27).

Matthew 11:27 is not about God Election some for Eternal Life

Notice that although Jesus does say that no one knows the Father except “the one to whom the Son wills to reveal Him” there is nothing in the text which indicates that this is a select group of people which excludes others.

Quite to the contrary, the people to whom Jesus reveals the Father seems to be the same people Jesus mentions in Matthew 11:28, the people who “labor and are heavy laden.” Who is this? It is potentially everybody.

Though not everybody receives the revelation about God in Jesus Christ, it is available to all.

The key to understanding what Jesus us talking about is to see that in Matthew 11:27, Jesus is describing the intimate communion He shares with the Father.

Jesus then goes on to say that He shares this communion with whomever He wills.

And to whom does Jesus reveal the Father? To all those who come to Him and take His yoke up them.

As many commentators point out, this is a call to discipleship. Jesus is saying that if someone wants to become His disciple, then He welcomes them, and will reveal the Father to them so that they can share in the friendship which Jesus has with the Father.

What Jesus is saying here is nearly identical to what John writes in 1 John 1:2-3. John says that his fellowship is with the Father and with Jesus, and what he is about to write in his letter is an invitation to other believers to also share in this fellowship. 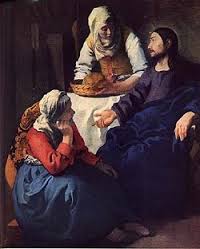 Further proof that Jesus is speaking about an invitation to friendship and deeper understanding about God is found in Matthew 11:20-25.

There, Jesus indicates that revelation about Him is given to babes but hidden from the wise and the prudent (Matthew 11:25). This is not because God has not revealed Himself to the wise, but because they depend upon their own wisdom and reject what is clearly revealed to them (Matthew 11:20-24). Those who are wise in their own minds (whether they are “educated” or not makes no difference) often depend upon their own wisdom; whereas those who are know they have much to learn (that is, they are “babes”) are willing to accept what Jesus reveals to them about the character and nature of God.

This revelation is not something that precedes the reception of eternal life, but follows. In other words, this revelation of God in Jesus Christ is not the same thing as choosing some individual people to receive eternal life.

Instead, this revelation of God in Jesus Christ is an invitation to enter into a deeper fellowship and relationship with God. The “wise” of Matthew 11:25 are those who refuse to accept what Jesus reveals about God, and the “babes” are those who accept it.

In fact, there is nothing in the context to say that the “wise” could not be genuine believers who think they have God all figured out. There are countless numbers of Christians who have believed in Jesus for eternal life, but who refuse to enter into deeper fellowship with God because they refuse to believe what Jesus reveals to them about God.

Jesus Reveals God to Us 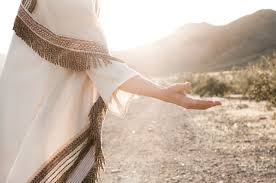 Prior to the coming of Jesus Christ, no one truly understood what God was like, but when Jesus came, He revealed God to us (John 1:18). In Jesus, we have the fullest and most complete revelation of God’s character that exists.

But this revelation to all is not the same thing as God unilaterally choosing or electing some to receive eternal life. There is no hint of this sort of idea anywhere in the text.

Learning about God in Jesus is not the same thing as being chosen by God to receive eternal life. Now that Jesus has come, all people are invited to see and understand what God is really like because Jesus has revealed Him to us.

So here we do not have some sort of theological litmus test for how to determine who is “in” and who is “out,” who is “elect” and who is not. “We detect here no evidence that in the secret counsels of the divine will the Father and the Son chose only some to whom to reveal the truth about salvation” (Klein, The New Chosen People, 83).