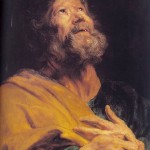 In Matthew 16, Jesus asks His disciples who they thought He was. It was Peter who answered that Jesus was the Christ, the Son of the living God (Matt 16:16). As a result, Jesus said this:

Of course, in the very next paragraph, Jesus was calling Peter “Satan” and telling Peter that he knew nothing about why Jesus had come or what He was doing (Matt 16:23).

I think that this little exchange in Matthew 16 perfectly describes the history of the church.

The church is like Peter. We know who Jesus is, but we haven’t a clue about why He’s come.

We think Jesus has come to rule the world. To dominate. To control. To manage people’s sin. To stop people from disobeying God. To set those of us who follow Him up as rulers over others.

And when we begin to talk and act like this, we ignore Jesus telling us that although we know who He is, we are listening to Satan regarding what Jesus wants to do in this world.

But I am hopeful.

I am seeing great changes in the church today.

We are beginning to awaken to the reality of why Jesus came and what Jesus stood for.

We are beginning to see what Peter eventually saw.

In a way, Peter’s life is a prophetic summary of the history of the church. 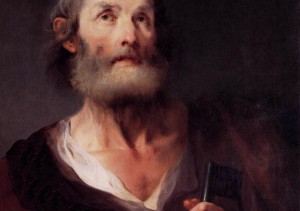 The Calling of Peter

The calling of Peter to be a follower of Jesus is similar to the birth of the church in Acts 2. The church is born and sets out with gusto and bravery to follow Jesus wherever He leads.

In these early years, the church sometimes says and does some dumb things, but we don’t let this stop us from loving Jesus. While we might stick our foot in our mouth, we keep our feet on the path of following Jesus.

Peter is the one who first publicly stated that Jesus was the Messiah, the Son of God.

This seems parallel to the early creeds and confessions that were developed by the church. As the church grew and expanded, they wrestled with the question about who Jesus truly was. They debated about whether Jesus was fully God and fully man.

Eventually, we ended up with the Apostle’s Creed, the Nicene Creed, and the Chalcedonian Creed all set down what the church believed about the identity and nature of Jesus Christ.

The Craving of Peter

Almost immediately after Peter makes his confession in Matthew 16 about the identity of Jesus, Peter reveals that he doesn’t have a clue about why Jesus came to be the Messiah. He thinks Jesus came to rule and reign over the entire world with strength, power, glory, riches, and might. Peter wasn’t alone in this, of course. This is what every Jewish person expected of the Messiah. Peter craved power, and he saw Jesus as the ticket to the power.

And so it is interesting that almost at the exact same time the church was debating about the identity and nature of Jesus Christ, they were also consolidating their power in the world.

After the conversion of Constantine, the church leaders saw that using the power of the Roman Empire and the threat of the sword would help them gain glory, riches, honor, prestige, land, and wealth. To their credit (like Peter), they believed that such things would help them spread the Gospel of Jesus Christ.

But it didn’t. And it hasn’t. Such things only hindered the gospel. This was especially true when the church started using violence to advance their cause.

The Violent Cause of Peter

Peter is the one who struck out violently to defend Jesus when He was arrested in the Garden of Gethsemane. He took off the ear of Malchus, the servant to the High Priest. I believe Peter was actually trying to take off his head…

Why did Peter do this? Because he wanted to protect Jesus. He wanted to defend the honor of Jesus. He was also looking out for his own cause, that he had invested three years of his life into. That he had abandoned his lucrative fishing business for. He had forsaken all to follow Jesus, and if Jesus got arrested and condemned, all the work and sacrifice would be for nothing.

It has been the same with the church. We work. We labor. We invest. We serve. We tithe. We build. We follow. We sacrifice.

And we want it to pay off.

And we are willing to exhort to violence if necessary.

It is a clear fact that most of the violence carried out in Europe and the Middle East from about 400 AD to 1900 AD was violence done in the name of Jesus. It was violence to “defend Jesus” and they carry the gospel to the heathens. Like Peter swinging his sword at Malchus, we swung the sword at heathens in the North, and Muslims in the East, and Jews in Jerusalem.

Frequently, we also swung the sword at each other, because “they” did not follow Jesus or believe the same thing about Jesus as “we.”

The Cursing of Peter

When Jesus was finally arrested and brought to trial, Peter followed Him. But when challenged and questioned about whether he was a follower of Jesus, Peter ended up denying Jesus and cursing Him. 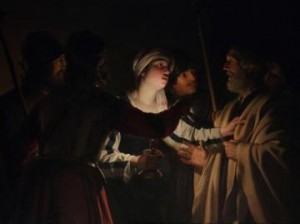 Today, when most people reject Jesus, they are not rejecting Him as He truly is, but are instead rejecting and denying the Jesus which the church has presented to them. The Jesus who builds monstrous buildings on the backs of the poor. The Jesus who looks out for the rich and the powerful. The Jesus who kills others in the name of power. The Jesus who doesn’t forgive. The Jesus of rules, regulations, and rituals.

When we present Jesus this way to the world, we are saying, with Peter, “No, I never knew Him.”

The Contrition of Peter

After the cock crowed, Peter realized what he had done, and went into mourning. I believe that while Jesus died on the cross, and was buried in a tomb, and stayed in the grave for three days, Peter was repenting and wailing and crying about what he had done. 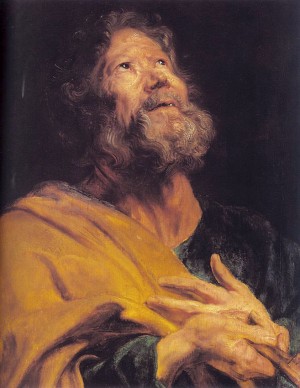 The church is beginning to do this over the past ten to twenty years.

We have begun to awaken to the fact of how we were complicit in much of the violence of this world. How we have contributed to the abuse of the poor, the neglect of children and women, the trampling of nature, and the overall condition of the world today.

I believe that many churches in the West have not yet come to his realization, but I see signs every day that more and more people are doing so.

The Conversion of Peter

For Peter, Jesus turned the world upside down, and once Peter aligned Himself to Jesus, he began, for the first time, to see the world right side up.

And as Christians around the world awaken to the reality of how we have maligned the gospel and blasphemed the name of Jesus by using Him to defend our violent causes, we too are beginning to see our place in the world. We are beginning to see that we are here, not to rule, but to serve. Not to live, but to die. Not to be powerful, but powerless.