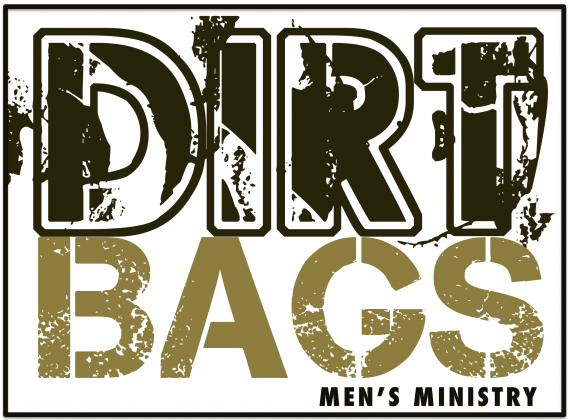 A while back I was on vacation in Montana and attended a Friday morning men-only Bible study called “The Dirtbags.” As with the Cowboy Church I visited in Plano, The Dirtbags met in a bar.

The study began about 10 years ago with 10 men. Now, they have two meeting times, 6:30 and 8:00 am, with about 60-80 men at each. Most of these men were the rugged, outdoorsy, work with their hands, salt of the earth type men, and here they were, spending 90 minutes with other men, studying the Bible. So don’t tell me men aren’t interested in the Bible! They just need a Bible study without all the frills and “girly-man” stuff.

And there was nothing “girly-man” about this study. The bar decorations themselves were…interesting. In the Plano, TX bar church, there were a hundred neon beer signs. This bar had those also, along with about 20 bikini-girl posters. I had to practice Proverbs 4:25, and keep my gaze fixed on the face of the man leading the study.

The leader of the study was quite a character. I was told he is (or was) on staff with Campus Crusade for Christ. He began the study with a few announcements, followed by some jokes that were e-mailed to him. The jokes were fairly off color, and would have done more than raise a few eyebrows in most churches. The typical pastor would probably get fired for telling jokes like these. However, I will admit that I laughed along with all the other men.

The leader also mentioned that they were going to have a golf tournament, and he wanted every man there to invite a non-Christian friend or co-worker. He begged and pleaded with the men to not invite their “religious” friends since there was probably going to be some bad language and excessive drinking that went on.

He explained that the religious people would be aghast at such behavior taking place at an event sponsored by a men’s Bible study, and would call and complain about how it wasn’t right to hang out with such sinners (cf. Matt 11:19; Luke 7:34). He said he didn’t want to waste his time listening to the complaints of religious people, so the easiest thing was to just not invite them.

He then took prayer requests for about 20 minutes, which surprised me some, since men are notorious for not asking for prayer when they need it. But these men just kept raising one request after another. Maybe men only don’t ask for requests when women are the room…

His Bible study also lasted about 20 minutes. It was helpful, practical, down to earth, and best of all, Biblical. He didn’t have a main text, but went to several texts throughout Scripture. Personally, I think sticking to one text would have been better, but these men didn’t seem to have too much trouble flipping through the pages of Scripture. He used two mild words of profanity in his talk, and nobody batted an eye.

The Dirt on Dirtbags

All in all, I think this Bible study shows that men are interested in spiritual things, but they feel most comfortable receiving and talking about them in a manly way. If you haven’t read it yet, you must read Why Men Hate Going to Church by David Murrow to see his findings on this.

On a related note, I recently read a book called Preaching That Speaks to Women

What are your ideas on how to get more men involved in church?

Are bars, bikini-posters, crude jokes, and profanity the way to reach men, especially if the purpose is evangelistic? Is this taking the “meeting them where they are at” concept too far, or is this redemption in action? Practically, what can you and your church do to better reach men in your community?