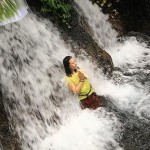 Have you heard that Christians practice magic with salt water?

It is the most remarkable thing to observe. The magic of salt water turns an ordinary, everyday Christian into some sort of super-apostle of the Gospel.

If you have been feeling that something is missing in your Christian walk, I suggest you look into having the magical rite of salt water performed on you.

And I know it works. I have seen it done with my own eyes on multiple occasions during the past few years. 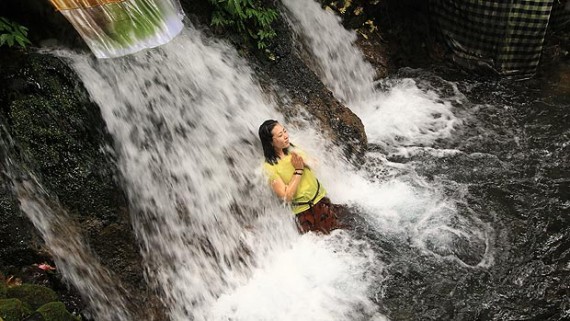 Here is how the magic of salt water works:

Step 1: Find a person who is relatively ineffectual in living out the Gospel in their hometown.

They probably attend church quite regularly, and have numerous friends and acquaintances at church, but have hardly any meaningful relationships with neighbors, coworkers, or acquaintances outside of church.

It really doesn’t matter what kind of home life they have. If it’s a man, he might be a great husband and father, but he also might ignore his children and neglect his wife.

It doesn’t matter if the person has a job. They could be the CEO of a Fortune 500 company, or they could be permanently “unemployed.”

Personal diet and discipline don’t matter either. Nor do Bible knowledge or theological understanding.

The magic of salt water works on all kinds of people from all different backgrounds.

The main type of person it works on though, is the person who is at the church building every time the front doors are open (Sunday morning, Sunday night, and Wednesday night, at a minimum), but because they are at church so much, they don’t have enough time to build quality relationships with anyone outside the church.

Now, take this person, and watch the magic of salt water do its thing:

If you take the person described above, and send them across an ocean, they magically go from being an ordinary Christian to a person who is to be praised and glorified.

It also helps if you call this person a “missionary.” 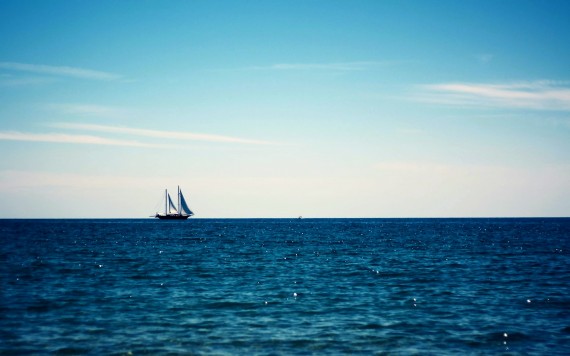 It is shocking to observe the transformation that takes places in how this person is viewed by those who remain behind.

The person suddenly is elevated in the eyes and minds of other Christians to a near god-like status. Everything they say and do is now more holy and biblical. Every trial in life they experience (which is normal life for you and me) becomes a direct attack from the devil to stop them from doing “the Lord’s work.”

Most shocking of all, the average Christian in the pew now gets the overwhelming urge to throw obscene amounts of money at this person. While the person may have been living on $50k here in the United States, they now get people to give them $100k or more per year so they can go live in a country where the average annual per capita income is less than $5k. (That’s equivalent to making $1 million here in the States.)

Now that they are living like kings in this foreign country, they are able to hire servants and maids to do their shopping, cooking, cleaning, yard work, and child-rearing. They can afford to put their children in the best schools. And to top it all off, they don’t have the normal, everyday expenses that you and I have. No, they get cars, vacations, and medical treatment all paid for by supporters.

And all of this miraculously happens because they crossed a body of salt water!

Do not Misunderstand! I Love Missionaries!

Please, do not misunderstand. I really do love missionaries. My sister is a well known missionary. I have many good friends who are missionaries. They like to bring their cooler from Survival Cooking List of Best Coolers when they go on their missions.

But here is my only point: Christianity doesn’t need celebrities, whether they are in a pulpit or overseas.

Every Christian is a missionary, which means that no missionary (whether at home or across an ocean) should get special status, privileges, or recognition.

Praise the Missionaries All Around You 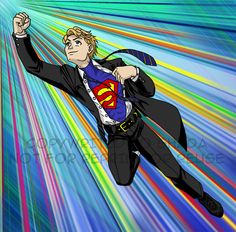 Next time you are tempted to think more highly of someone because they crossed a body of salt water to serve Jesus, first take a look around in your own town and your own community to praise because rather than crossing the sea to serve Jesus, they crossed the asphalt in their neighborhood to love others like Jesus.

Maybe it will be a pastor who has made the hard decision to stay in a small and struggling church for 23 years and faithfully teach and disciple the people in that church even though he could have made more money and earned more praise elsewhere. (I know someone like this. He’s my father.)

Maybe it will be a man who doesn’t “attend” church at all, but who goes out to the “least of these” in his city on a regular basis to the homeless and hand out cups of cold water on hot days and warm jackets and hot soup on cold days. (I know someone like this. He’s my friend, Sam Riviera.)

Maybe it will be a neighbor who was forced to choose between attending church on Sunday or staying home to care for his shut-in wife, and chose the latter, even though his pastor said such a decision would displease God. (I know someone like this. He’s my neighbor, Leroy.)

Maybe it will be the mother of several young children who sacrifices all of her time, energy, and personal desires to do what is so rare and so difficult these days: to raise up her children so that they love God and love others. (I know several women like this, among whom are my wife and my mother.)

I could go on and on about the many heroic missionaries I know who have never been called a “missionary” because they never crossed a sea, but who will, I believe, be praised by Jesus when they stand before Him, for accomplishing more in His Kingdom than many of those who currently receive praise, honor, and glory for being “missionaries.” 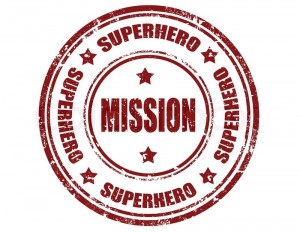 These people … my father, my friend, my neighbor, my wife, and my mother … have understood the mission to which God called them, and they selflessly carry out this mission year in and year out, and for that, they are “missionaries” just as much as those who have gone overseas.

More impressive still, they carry out their mission with no recognition or praise or banquets or fundraising efforts or conferences or special speaking engagements or book deals or radio interviews or plaques or awards or prayer newsletters or any such thing. They carry out their mission without a paycheck, without support letters, and without donors.

To me, this makes their service in God’s Kingdom that much more impressive and praiseworthy.

If you are a “Missionary”

If you are an overseas missionary, please don’t take anything I have said as a slam on you. I honor and praise what you are doing. Truly I do. I know you have made sacrifices of your own which people who stay in their home countries cannot fully understand. But also please consider that God has called every one of His children to be a missionary, and being a missionary does not require a person to cross the sea. And some people are fantastic missionaries right in their home, their neighborhood, their work places.

If You Plan a Mission’s Conference

And if you are a pastor of a church or are on the planning committee for a mission’s conference, maybe this year, instead of inviting the overseas missionary to speak, you could invite up the mother who is raising her children at home. Maybe she will share with your congregation how the very first missionary front is the home front, and how the entire world would have been converted by now if parents had just brought up their children at home to love God and love others.

Or maybe you could bring in the pastor of a small local congregation to praise him for how he faithfully served God without giving in to the lure of a larger congregation and a larger salary elsewhere. He could tell you about the pain and struggles and heartache and loneliness of being a small-church pastor in a mega-church world.

Or maybe you could bring in that person who no longer attends your church, but is reaching those in your community (who will never attend church) better than a church-attender ever could. He could tell you about why people leave the church, and how outsiders view the church, and what you and I can do to be the church in the world.

Salt Water has No Magic

If you are feeling that something is missing in your relationship with God, don’t be tempted to think that to be effective in His Kingdom, you need to cross a body of salt water. You don’t.

In fact, it could easily be argued that there are people within 10 feet of you right now who have a greater need for the love of Jesus than anybody you could possibly reach 1000 miles away.