I have a confession to make … I want to be waterboarded. Is that sort of twisted? 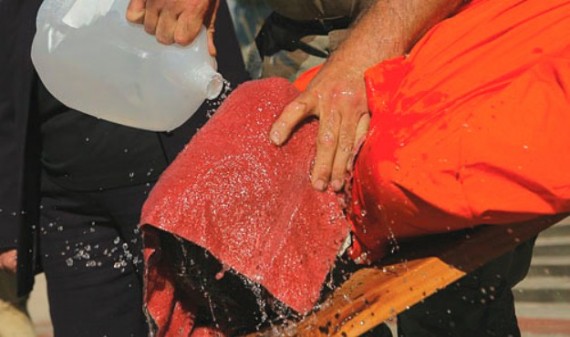 I have real trouble believing that it is as bad as people make it out to be.

In fact, I did a quick search, and found a guy who got together with some friends so they could all waterboard each other. How’s that for an evening of fun?!

One of the comments on that post point out exactly what I suspect is the real reason waterboarding is considered “torture” by some: the people doing it to you are your enemies and so there is no way to “tap out.” In reality, then, the real horror of waterboarding is almost entirely psychological.

So as I write the occasional post about how Jesus wants us to respond to various themes in our culture and society, I found myself wondering how Jesus would respond to the current question about waterboarding our enemies.

I wondered, “Would Jesus waterboard His enemies?”

But don’t laugh too quickly at such a ludicrous question.

Last week I published a post called “Does Jesus drown babies?” and much to my shock, I had a couple of people leave comments to the affirmative, saying that they love and worship a God from the Bible who not only drowns babies, but slaughters them as well. Go read their comments…

I was talking with my wife about this, and said, “This is one reason there are atheists. If a baby-slaughtering god is the type of god we Christians present to the world, then it is no wonder that people want nothing to do with him.”

In my opinion, if god is a baby-slaughtering god, then rejecting him and facing the punishment of his hell is a more righteous act than worshiping him. If god is like Molech or Baal, then the atheist who rejects such a god is more honorable and righteous than the Christian who worships him.

So anyway, this brings me back around to the seemingly-ludicrous question, “Would Jesus waterboard His enemies?”

Though there may be some Christians who would say, “Of course!” (Any of you out there? Please explain your position in the comments below!) I would answer the question negatively. I cannot imagine Jesus using “enhanced interrogation techniques” on his enemies, even if such techniques are primarily psychological.

Instead, it seems to me that Jesus would untie his enemy, hand him the bucket, and then get down on the waterboard himself, saying, “Go ahead. I forgive you.”

In fact, isn’t that exactly what Jesus did do in going to the cross? 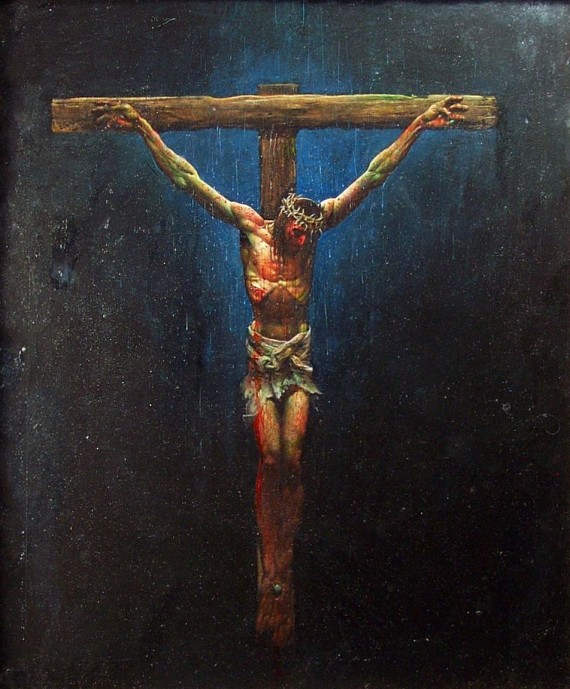 We, who deserved to die for all the evil we have done in this world (and usually in the name of God), should have been the ones to go to one of the most painful and excruciating torture techniques invented by man – the Roman cross. But instead, Jesus got up there Himself and looked us in the face and said, “Go ahead. I forgive you.”

So would Jesus waterboard His enemies? Of course not. He would let them waterboard Him. And, they would likely kill him in the process.

Now, having said this, we must recognize that Jesus is not a government and a government is not Jesus. The question “Would Jesus waterboard?” is very different than “Should a government waterboard?” There is a vast difference (as Jesus and every New Testament author reveals) between the Kingdom of God and the kingdoms of this world.

The kingdom of God is lived out as individuals and small groups of Christ-followers practice the enemy-blessing example of Jesus. But since the kingdoms of this world are under the sway and dominion of the principalities and powers, we should not expect them to naturally adopt the values of Jesus.

As members of the Kingdom of God, we can (and should) call our human governments to a better and different way of living in relation to others, but we should recognize that change takes decades—even centuries!—to occur.

This does not excuse our human governments for what they do, but it does help explain their actions. (There is so much to say here … about scapegoating, the myth of redemptive violence, and the role of religion in sanctioning state violence … but it simply cannot all be said. Instead, let me direct you to a few helpful books: The Myth of a Christian Nation, A Faith Not Worth Fighting For, The Powers Trilogy, and my own Dying to Religion and Empire).

So what can we say about our government’s involvement in waterboarding? 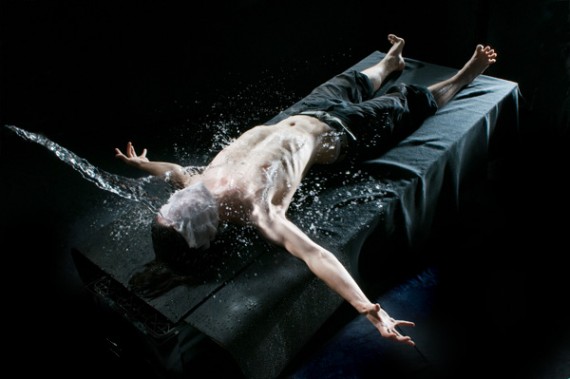 Look, violence of all sorts makes no sense when thoughtfully considered, but almost more silly are the politically-motivated objections to violence. Without the foundation of Jesus Christ, neither violence nor non-violence make any sense.

I find it quite interesting in the current debate about waterboarding and “enhanced interrogation techniques” that many of the same people who are condemning the practice of waterboarding as a means to learn information about what our nation’s enemies are planning, are the same people who, after 9-11, demanded to know why our nation’s intelligence did not know that the 9-11 terrorist attack was coming.

I absolutely guarantee that if our country had not used the techniques it did to learn information that it did through techniques like waterboarding, and if another terrorist attack had occurred like the one on 9-11, the same people who are calling for an investigation into waterboarding today would instead be calling for an investigation into why our intelligence community failed to uncover this terrorist plot.

I am not defending waterboarding.

So when it comes right down to it, while I think we can safely say that Jesus would not waterboard His enemies, this does not mean that in a sinful and chaotic world, human governments should not. In my opinion, waterboarding (along with sleep deprivation and other such techniques), is a form of psychological torture. But, as bad as this may be, such “enhanced interrogation techniques” are better than physical torture techniques like flaying people alive, putting them on the rack, or slow-roasting them on a spit above a fire.

This is what we call progress.

Do you want to know why the world is seeing progress in how governments deal with their enemies? Because the rule and reign of God is expanding upon the earth. Because as Christians model the Kingdom of God in their own lives, and call others to do the same, the human kingdoms of this world see that there is indeed a better way, a more loving way, a way that does not degenerate into the vicious downward spiral of ever-increasing violence.

Believe it or not, the world is learning to look like Jesus by watching followers of Jesus live like Jesus.

So should Christians waterboard others? Of course not! (Unless someone wants to come waterboard me…)

Should Christians call for our nation to treat our enemies with the dignity and respect they deserve as human beings for whom Jesus died? Yes!

Will our governments listen? No.

But they will observe our example.

Do you have Muslim neighbors or coworkers? Bless them. Love them. Serve them.

You see, the current problem the Western world faces with many in the Middle East has been centuries in the making. It will likely take centuries to correct it. And where do we begin? With you and me treating “them” with love, generosity, and forgiveness.

Jesus never called governments to conform to His values and ideals for this world. But He did call you and me to follow His example, so that we can proclaim and advance the rule and reign of God on earth.

One of the reasons people get so confused about the conditions for receiving eternal life is that they equate terms and ideas in the Bible with eternal life which do not refer to eternal life. Ever since the Black Plague swept through Europe, Western Christianity has had an unhealthy preoccupation with what happens to people after they die, and as a result, has often read the Bible through life-after-death colored glasses so that everything seems to be teaching about what happens to people after they die. 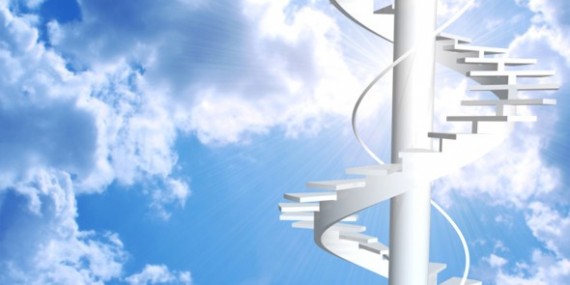 The truth is that there is relatively little in the Bible about what happens to people after they die, and most of the terms and ideas in Scripture which we think teach about heaven or the afterlife are actually teaching about how to live our lives here and now on earth. (Interestingly, not even “eternal life” means only life after we die…)

There are very few synonyms for eternal life

Numerous problems arise in the thinking of many Christians from the mistaken belief that the Bible has numerous synonyms for eternal life. It doesn’t. Most often, when the authors of Scripture want to write about eternal life, they use the words “eternal life” (or “everlasting life” in some translations).

However, there are numerous other terms and phrases in the Bible that modern readers often confuse with “eternal life,” and as a result, end up with confused theology as well. Below is a brief description of five of these terms with an explanation of what these terms actually mean.

We have already discussed the words “saved” and “salvation” in previous posts but the misuse of this word as a synonym for eternal life is so prevalent, I thought it would be wise to mention it here again.

When the Bible uses the words “save” or “salvation,” it is almost never talking about eternal life, but is instead referring to some sort of temporal or physical deliverance from sickness, death, enemies, or other calamity.

Sin has disastrous consequences in our life, and when Scripture talks about being saved from sin, it is not referring to deliverance from hell and going to heaven when we die, but about being delivered from the damaging effects of sin in our lives here and now. 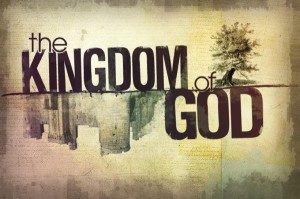 Many Christians believe that these terms refer to “heaven” itself, and more specifically, when Scripture talks of entering or inheriting the Kingdom, that this refers to going to heaven when we die.

Nothing could be further from the truth.

This begins in our own life, and moves outward from there. As such, entering and inheriting the Kingdom of Heaven is not about receiving eternal life or going to heaven when we die, but is concerned with how we live our lives right now on this earth as citizens of God’s Kingdom. If you want to read more on this subject, I strongly recommend How God Became King by N. T. Wright.

In future posts we will look at other terms that are often confused with “eternal life,” so stay tuned!