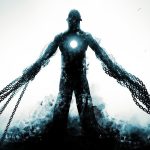 In a previous study, we looked at whether or not the Hebrew word sheol refers to hell. We saw that it does not. It means “grave,” and is literally the hole in the ground in which dead bodies are laid.

But what about the New Testament Greek words abyss, gehenna, hades, and tartarus? Do these words refer to hell as a place of eternal suffering and torment for unbelievers? We have already learned that gehenna does not refer to hell, and next week we will consider the term “hades.” Today we look at the other two, abyss and tartarus.

Does the “abyss” refer to hell?

The Greek word abussos is often translated as “abyss” or “pit.” The word means “bottomless” and refers to a hole or pit of immeasurable depth. 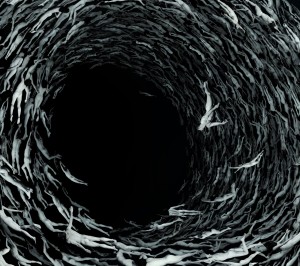 But the Hebrew concept of “the deep” (tehom) is not just equivalent to the deep parts of the ocean. As I taught in my podcast on Genesis 1:2 (and forthcoming commentary on Genesis 1), the word tehom was “an ancient, mysterious, and menacing word. To ancient minds, it was an evil word.” It carries the idea of powerful forces of chaos arrayed against the order of God’s creation.

When it comes to thinking about the relationship between “hell” and the abyss, we see that since the abyss refers to deepest parts of the sea on this world, it cannot refer to some sort of afterlife experience where people burn and suffer for eternity.

The abyss, the deep, tehom, is a symbol of the power of chaos arrayed against God and the order of creation. It is not a place where people go after they die to suffer in flames for all eternity.

The symbolic nature of the abyss is especially significant in the book of Revelation, where the word is used most frequently in the New Testament. Since the beast came out of the sea (Rev 11:7; 13:1; 17:8), this symbolizes that the beast brings chaos. And indeed, when the abyss is opened, chaos, in the form of fire and smoke, comes up out of the pit (Rev 9:1-2, somewhat like a volcano that rises from the sea).

But ultimately, just as Jesus sent a demonic horde back into the depths of the sea (Luke 8:31), so also, God will send the beast back into the abyss from whence he came (Rev 20:1-3).

So as with sheol, the abyss does not represent hell. The abyss is literally the deep waters of the ocean, and it symbolizes chaos and disorder in God’s creation. When people go down into the abyss, it symbolizes their death in the depths of the ocean (Ezek 26:19). 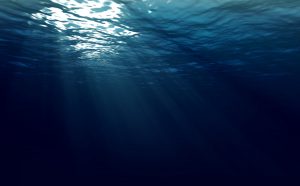 No reference to the abyss ever contains descriptions of fire, suffering, or the torture of people for eternity.

Therefore, the word abyss cannot refer to a place of everlasting suffering and torment in the fires of hell.

But what about tartarus?

Does “Tartarus” refer to hell?

Another word from Scripture which might possibly refer to hell is the word tartarus. The word is only used in 2 Peter 2:4 (in the verb form, tartaroō), where Peter describes God’s action of casting the angels who sinned down into hell, delivering them in chains of darkness while they awaited judgment. 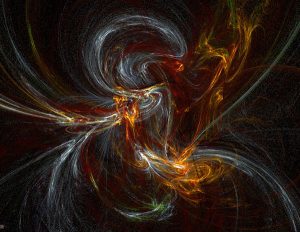 As a place, tartarus was thought to be a dungeon of suffering and torment for the Titans. The Titans were the second generation of primordial deities, and ruled during the legendary Golden Age of humanity, but were eventually defeated by the third generation of gods, the Olympians, which are the Greek and Roman gods that most people are familiar with (Zeus, Hades, Poseidon, etc.).

So by referencing Tartarus, is Peter endorsing the Greek and Roman mythology about this place?

No. While Peter is certainly alluding to this myth, we cannot accept that he is endorsing the idea of multiple generations of deities waging war with each other in primordial history. Peter is referring to the myth to make a point, without endorsing the myth itself. “Concepts from the cultural background may be taken up without acceptance of their underlying ideology” (Johnston, Shades of Sheol, 25.).

Even today, Christians might talk about Achilles’ heel or Cupid’s arrows, reference the days of the week or the months of the year, and even celebrate Christmas, Easter, and Halloween, all without any sort of endorsement of the pagan mythology that lies at the roots of all these terms and holidays. Peter is likely doing exactly the same thing with Tartarus.

However, having said that, the Greek and Roman myths do bear some resemblance to various events recorded in Scripture. So maybe in referring to tartarus in which angels were bound with chains as they await judgment, Peter is pointing his readers to one of these biblical events.

There are two possible options.

Option 1: The Angels Bound in Chains of Darkness Refers to the Angelic Rebellion

Some believe that Peter is referring to the angelic rebellion which is purportedly described in Isaiah 14:12-21 and Ezekiel 28:1-19 (cf. Luke 10:18; Heb 12:22; Rev 9:1; 12:3-9). As to the timing of this event, some believe it occurred before Genesis 1:1, others believe it occurred in a “gap” of time that might exist between Genesis 1:1 and Genesis 1:2, while a third group thinks it occurred sometime after the final day of creation in Genesis 2:3, but before the serpent comes to tempt Eve in Genesis 3:1.

So in this view, regardless of when the angels rebelled against God, He bound them with chains of darkness and sent them to a place called Tartarus to await judgment.

Option 2: The Angels Bound in Chains of Darkness Refers to the Sons of God of Genesis 6 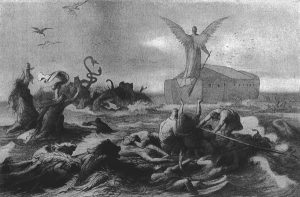 Support for this view is found in 1 Peter 3:19-20, where Peter indicates that Jesus preached to the spirits who were in prison, who sinned in the days of Noah. Jude 6 also speaks about angels who did not keep their proper abode being bound by God with chains of everlasting darkness until the day of judgment.

As a result of what happened in Genesis 6:1-4, God may also have restricted or limited the actions and behavior of the angels so that they could not sin in such ways again.

Both views, however, suffer from one significant problem.

If the angels who sinned (either during a rebellion or preceding the flood) were all bound with chains of darkness and sent away into Tartarus, how is it that Jesus encountered evil spirits during His earthly ministry?

Furthermore, how is it that Satan still prowls about like a roaring lion, seeking whom He may devour (1 Pet 5:8)? Satan was, after all, one of the angels who rebelled. If all the demons and evil spirits are already bound, then why are we instructed to stand against principalities and powers, against the rulers of the darkness of this age, and against the spiritual hosts of wickedness in heavenly places (Eph 6:12)?

If fallen angels are already abound, how is it that Satan can be bound again for a thousand years (Rev 20:2)?

2 Peter 2:4 is symbolic for something other than a literal chaining of angels in a place called Tartarus

It appears, therefore, that nearly all of the imagery in 2 Peter 2:4 is symbolic for something other than a literal chaining of angels in a place called Tartarus. Support for this idea is found in Wisdom of Solomon 17:17, which describes the ninth plague of darkness that came upon Egypt (Exod 10:21-29) as a “chain of darkness.”

In fact, the entire chapter of Wisdom of Solomon 17 seems to be referenced by Peter. The chapter speaks of captives of darkness and prisoners of a long night who engage in secret sins and suffer from a self-kindled fire (17:2-6). The chapter says that the darkness came upon them from Hades (17:14), and so they were kept in a prison not made of iron (17:16).

All of this imagery describes the ninth plague of darkness that came upon Egypt. Literal chains and prisons were not involved at all. The imagery instead refers to the oppressive darkness that struck the people of Egypt with fear and caused them to be immobilized, as if they were bound with chains.

Since fallen angels have always been active after they rebelled against God, and have apparently not been literally bound with chains in some mythical Tartarus, Peter’s words must be understood symbolically, as referring to the fear of God that fallen angels feel as they wait in trembling for the judgment of God to come upon them (Jas 2:19).

The rebellious angels are immobilized in some sense by the fear (the chains of darkness) of the judgment that will come upon them from God. 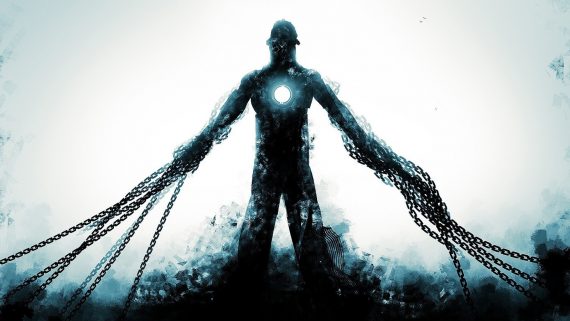 Even if this view is not accepted, and someone wants to think that God truly did lock away fallen angels with chains of darkness in some mythological location called Tartarus, it is still important to note that Peter’s description says nothing about humans being sent there.

So even if Tartarus truly is a prison for fallen angels as they await judgment, Scripture does not teach in any way that humans are sent there.

Whether Tartarus is a literal spiritual prison for fallen angels or a symbolic way of referring to the fear of God that fallen angels feel and the judgment of God that is coming upon them, it is not describing a hellish place of suffering and torment for human beings.

There is no passage in Scripture which says that humans will be sent to Tartarus.

Therefore, just like sheol, abyss, gehenna, and the outer darkness, the word tartarus does not teach about a place called “hell” where humans will be sent to suffer and burn for all eternity.

Whatever Tartarus is, humans do not experience it at all.

This brief study has shown that the words “abyss” and “tartarus” do not refer to hell as a place of eternal suffering for the unbelieving dead. Unbelievers will not spend eternity suffering in the abyss or in tartarus.

So far in our study, we have seen the same thing about sheol, gehenna, and the outer darkness. Next week we will consider the word hades. Join us then!