This is a guest post by L. T. Lewis. L. T. is a spiritual mentor, and the founder of Kick Boxing Believers. Well-adjusted P.K. (preacher’s kid) and grateful mother of two young adults. She teaches and guides individuals/groups towards a more joyful, healthy, abundant and faith-filled out-of-the-box life!

In Mark 5:25-34, there was a woman with some issues that she needed fixed.

I hear the men thinking, “What woman doesn’t have issues?”

For the record she fully acknowledged her shortcomings and was working on a solution. She spent all that she had over twelve years working on her issues. I know the scripture says the woman had a singular issue but that one issue had many companions. 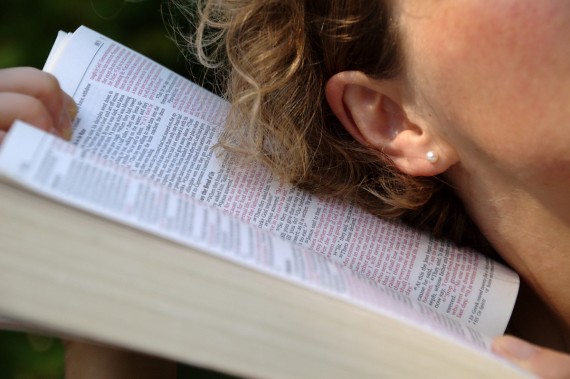 For example, the Law of Moses required that a woman during her menstruation was to live in exile from the first sight of blood until days after her the last sighting of blood. She wasn’t supposed to leave the house and if she did she had to let everyone know that she was unclean.

Now those are some issues!

Jesus Healed the Woman with the Issue of Blood

The stories of Jesus performing miracles; healing the sick, raising the dead and forgiving men their sins had traveled far and wide by word of mouth. She heard that Jesus was nearby and she made her way to Him.

As a result of all she had heard about Him, she had faith enough to know that all she had to do was touch Him and she would be healed. She didn’t let her issue keep her in exile. She didn’t lead the crowd deter her. She pressed her way through the crowd.

it does not appear from the text that the woman with the issue of blood was crying out “Unclean! Unclean!” If someone is shouting, “Unclean! Unclean!” in a crowd, people would have taken note of where she was and what she was doing. But according to the scripture when she finally made her way to Jesus and touched Him, no one knew it was her until she identified herself. 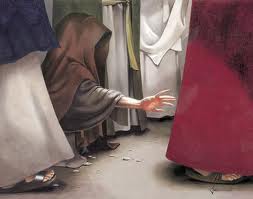 So she worked her way through the crowd, drew near to Jesus, and touched him. According to Jewish law, she should not have done this. She had to have known that since she was unclean, touching others would make them unclean as well. According to some interpretations of Jewish law, her behavior at this point would be sinful.

Yet when she touched Jesus, she was healed immediately!

Jesus knew that someone had touched Him and began to look around the crowd to determine who it was. He asked, “Who touched me?”

His trusty disciples, always at the ready, basically asked Him, “Who hasn’t touched you Jesus?” It sounds as if they were totally surround basically moving elbow to elbow so literally everybody is touching everybody. But the disciples didn’t understand.

The woman’s faith in action moved Jesus to look for and see her. Even when this woman with the issue of blood behaved in ways that others might have interpreted as sinful, Jesus saw the faith that was behind her actions, and she was healed.

Do You have Issues?

Are you a believer with issues? Answer honestly!

Maybe we don’t have “issues” like hers, but we certainly have issues that need healing.

So step out, look to Jesus, and move toward him in faith, trusting that He is able to heal and restore you. Whatever your issue is — even if some people think it is sinful and it makes you “unclean” — Jesus isn’t scared off or offended. He loves you and wants to restore you. So reach out to Jesus, touch Him, and be healed! 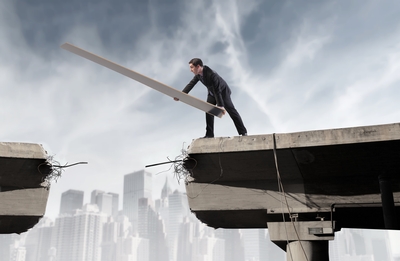 One of the central ramifications to the Calvinistic understanding of Total Depravity as total inability is the idea that people are not even able to believe in Jesus for eternal life. The reason Calvinists have this idea is because they view faith as a meritorious act of the will. They believe that faith is a work, and therefore, since people cannot do any good works, people cannot have faith.

In other words, due to their emphasis on the inability of mankind to do anything good at all, and because of the impression that faith is something we do, Calvinists conclude that humans cannot believe in Jesus for eternal life. Calvinists argue that if people were able to believe in Jesus for eternal life, then this is something that they are doing, and therefore, their faith is meritorious before God. All of this is because of their view that faith is a sort of good work.

But don’t take my word for it. Here is what some leading Calvinists have to say about the idea that faith is a work:

Faith itself is man’s act or work and is thereby excluded from being any part of his justifying righteousness. It is one thing to be justified by faith merely as an instrument by which man receives the righteousness of Christ, and another to be justified FOR faith as an act or work of the law. If a sinner, then, relies on his actings of faith or works of obedience to any of the commands of the law for a title to eternal life, he seeks to be justified by works of the law as much as if his works were perfect. If he depends either in whole or in part, on his faith and repentance for a right to any promised blessing, he thereby so annexes that promise to the commands to believe and repent as to form them for himself into a covenant of works. Building his confidence before God upon his faith, repentance and other acts of obedience, he places them in Christ’s stead as his grounds of right to the promise and so he demonstrates himself to be of the works of the law and so be under the curse (Colquhoun, A Treatise).

According to the Reformed doctrine, total depravity makes man morally incapable of making a virtuous choice [of faith] … If total depravity does anything, it renders a man totally unable because he is indisposed to respond to the overtures of grace. If [a person] maintains that man is morally able to respond to the gospel, then [that person] does not believe that man is totally depraved at all (Gerstner, Wrongly Dividing, 109).

The Arminian acknowledges that faith is something a person does. It is a work, though not a meritorious one. Is it a good work? Certainly it is not a bad work. It is good for a person to trust in Christ and in Christ alone for his or her salvation. Since God commands us to trust in Christ, when we do so we are obeying this command. But all Christians agree that faith is something we do. God does not do the believing for us. … Then why say that Arminianism “in effect” makes faith a meritorious work? Because the good response people make to the gospel becomes the ultimate determining factor in salvation. I often ask my Arminian friends why they are Christians and other people are not. They say it is because they believe in Christ while others do not. Then I inquire why they believe and others do not? “Is it because you are more righteous than the person who abides in unbelief?” They are quick to say no. “Is it because you are more intelligent?” Again the reply is negative. They say that God is gracious enough to offer salvation to all who believe and that one cannot be saved without that grace. But this grace is cooperative grace. Man in his fallen state must reach out and grasp this grace by an act of the will, which is free to accept or reject this grace. Some exercise the will rightly (or righteously), while others do not. When pressed on this point, the Arminian finds it difficult to escape the conclusion that ultimately his salvation rests on some righteous act of the will he has performed (Sproul, Willing to Believe, 25-26).