You are here: Home / Hey Blog Readers… I LOVE YOU! 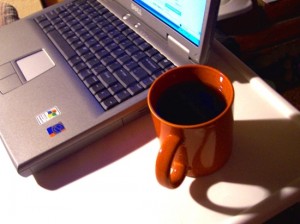 I want to say several things in this post. Here they are in summary:

So let me explain each point in more detail.

I am Giving up on the Violence of God Project

I’ve been working for several years on this project of trying to understand the violence of God in the Old Testament, especially in light of the self-sacrificial, enemy-loving example of Jesus Christ.

I have come to several realizations about this project:

I am Going to Finish the Violence of God Project

Despite everything I just wrote, I am going to press on and finish the project anyway.

I know, I know. If I am giving up on it, why finish it? Again, for several reasons:

So… if you think I am wrong in the approach to Scripture I have been arguing so far, your concerns may have been justified… I am throwing in the towel.

Of course, if you are enjoying this current project and like where it is going, have no fear… even though I am quitting, I am not quitting. I am going to push on, with only a few minor adjustments going forward.

And this then leads me to the final thing I want say in this post:

I Love you All!

There are two main reasons I blog. The first is because I write to keep myself sane by thinking through writing. I have a brain that requires me to write things out in order to think them through. If I did not write, the ideas and questions would bounce around my head and muddle my brain, and I would quickly go insane. I am not exaggerating. Ask my wife. She knows when I haven’t been writing, because I start acting strangely…

I used to just do this on my own, with college-ruled spiral-bound notebooks. I have stacks of these notebooks sitting around my office from when I used to do this in my early teenage and college years. When I started this website/blog about 13 years ago, I transitioned from writing in notebooks to writing online. This wasn’t necessarily because I wanted others to read what I wrote, but because I could type faster than I could write, and because I thought the internet was a safer place to store my “thoughts” than on paper in my office or even in files on my computer. 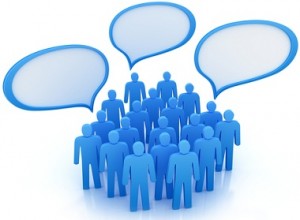 This leads to the second reason I write: You. Much to my surprise, as I write, I find that there are others around the world who have similar questions and ideas as the ones I am having. As you have interacted with me on these posts and with this idea, I have learned from  you, been taught and instructed by you, and have met many “kindred spirits” along the way. I consider many of  you my “online friends.”

Just in the last week or so, several of you have left comments on some of the posts that made me see things in a whole new light and have come to a realization about some things that I have never seen before. Though I run the risk of leaving someone out, I found some of the comments and insights from Cathy and Lisa to be particularly helpful. Thank you, ladies!

I also had some conversations about this topic with my friends Chuck McKnight and Ed Underwood. Thanks, guys! (And if you like my blog, you should go read theirs!)

But it’s not just these people I mentioned. I love this community. I love you all! I wish we could all hang out in person some time!

This might also be a good time to say that I am opening up a forum here on the blog to help develop this online community. It’s a bit of an experiment, and I am a bit nervous about it being taken over by religious nuts, but we’ll see what happens…

If you want to start posting on the forum, read the forum rules here, and then register here. See you there!