You are here: Home / Redeeming Scripture / Boners in the Bible 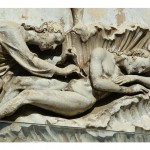 If you are offended by the title of this post, just stop reading here. It only gets worse…

And no, I’m not trying to be sensational or create a “click bait” blog post. I honestly have a question for you to help me on regarding … well … whether or not Genesis 2:21-23 mentions the erect phallus … aka “a boner.”

As I work my way through Genesis 2 for my One Verse Podcast, I have been studying quite a bit about Adam’s “rib” in Genesis 2:21-23 and am wondering if the “rib” actually refers to a boneless boner. Right now, I am leaning away from such an interpretation, but the evidence for this understanding is quite compelling. I am presenting the evidence here because I want to know what you think …

Here is my thought process so far…

The Bible is a Sexual Book

We Christians often try to cover it up, but the Bible is filled with sexual euphemisms and innuendoes.

This isn’t something to be ashamed of, but to embrace and accept.

Why? Because this is the way life is, and the fact that Scripture reflects life helps us understand that the Bible truly is a book about life.

Besides, we Christians need to stop being shocked and ashamed of things that which Scripture doesn’t shy away from. Like what? Like boners, for example. Believe it or not, there is quite a bit of coarse joking about boners in the Bible.

I first began to see this because of my job. 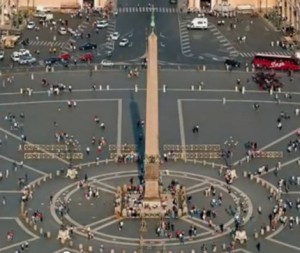 It sometimes seems I can hardly go 20 minutes without hearing someone reference to the male sexual organ. There are jokes about length, girth, and size. There are titles, names, innuendoes, and euphemisms. At first I was shocked by this, but then I began to realize that the Bible talks this way too.

Such joking isn’t a result of a “sexualized” Western society. It is just the result of males being males. But we Christians think that such joking is coarse and crude and so we frown at those who make these jokes, and look down our pious noses at those who laugh.

But we better start looking down our noses as the Bible too. For the Bible also contains quite a bit of “locker room” jokes and off color comments. Even Jesus had some “potty” humor (cf. Matt 15:11) and sexual innuendoes (Luke 17:34).

A couple years ago, as I was reading through Scripture, I began to notice that there were numerous jokes, allusions, and euphemisms all over Scripture for the male sexual organ. I wrote a blog post about how no church would ever sing “Deborah’s Song” because it is so sexually suggestive. But it’s a song that God included in the Bible.

I later published a post (written by someone else) about how Jesus used sexual euphemisms to refer to two male lovers and two female lovers. Not surprisingly, I received quite a number of comments on this post who were outraged that I would suggest that Jesus talked about such things. Many of the comments were from people who were outraged at the suggestion that God’s Holy Bible contained sexual innuendoes and euphemisms. (I imagine I will get similar comments on this post, though I predict that few of these comments will also provide sound exegetical reasons for reading these texts differently.)

I argued in those posts, as I argue now, that we should not be surprised that the Bible contains references to sex. After all, God made sex, and sex is good. Also, the Bible is a book written by humans and for humans, and since humans throughout time and around the world all engage in sex and joke about sex, what would be really shocking is if the Bible didn’t talk about sex.

Anyway, as I was doing some research for my upcoming podcast on Genesis 2:21-23 (to listen to it, make sure you subscribe), I found a study by a Jewish Rabbi and Hebrew scholar who compiled a short list of “Euphemisms for Penis in Biblical Hebrew.” Here it is for your reading pleasure:

Euphemisms for Boners in the Bible

The Bible doesn’t contain the word “penis.” Post-biblical Hebrew uses the clinical term ebar (organ/limb) or ebar qatan (small organ/limb) but no such term exists in biblical Hebrew. Instead, the Bible uses innuendo and euphemism to refer to the male sexual organ. Here are a few of these:

Exodus 4:25: “and Zipporah took a flint and cut off the foreskin of her son and brought it next to his ragla.”

2 Kings 18:27 (cf. Isa 36:12): “Did my lord send me to say these words against your lord and to you, was it not to the people sitting on the wall who will eat their dung and drink from the waters of their ragleyhem.”

2 Samuel 21:5-6: “There is no common bread at hand, only sacred bread if the young men have guarded themselves from women. And David responded to the priest, “Indeed, women are kept away from us as always when I go out, and the keliym of the young men are holy even on a common journey.”

Hosea 4:12: “My people inquire from their stick and ask counsel from their staff because a spirit of whoring made them stray, and they whored away from their God.”

Leviticus 20:15: “and a man who places his sekobet in an animal will be put to death.”

Deuteronomy 25:11: “The wife of one draws near to rescue her husband from his attacker, and she extends her hands and grabs his mesuwsiym.”

Exodus 28:42: “Let them make for themselves linen pants to cover the basar of nakedness.”

Leviticus 15:2-3, 16. This is a chapter dealing with genital discharges. Basar is the word that is used.

Leviticus 18:6: “Don’t approach the relative of your basar to reveal nakedness.”

Ezekiel 16:26: “And you whored with the sons of Egypt, your neighbors big of basar, and you multiplied your whoring to anger me.”

Ezekiel 23:20: “She lusted on account of their concubines, those whose basar is the basar of donkeys, and their flow the flow of stallions.”

Judges 8:30: “And Gideon had seventy sons who came out of his yarek.”

The author of this book goes on to argue (quite persuasively) that the “rib” in Genesis 2:21-22 is another euphemism.

The “Rib” as the Missing Baculum 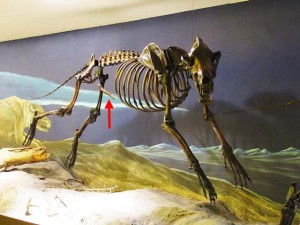 In his book, the Hebrew scholar points out that nearly all mammals and all primates (except humans) have a penis bone called a baculum. Ancient people would have recognized that it was missing from human males, and Genesis 2:21-23 is the etiological (a story to explain something’s origin … like how the skunk got it’s stripe) story for why human males do not have a baculum.

He shows that the word for “rib” (tsela) never means rib anywhere in the Bible, but instead refers to a plank, side, or beam in a building or boat. The word “rib” snuck into our translations through the LXX (the Greek translation of the Old Testament) and Jerome’s Latin Vulgate, and has become the traditional (and safe) understanding of this Hebrew word. 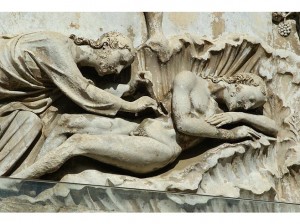 This Hebrew scholar goes on to say that the word refers to the missing penis bone. The Hebrew people didn’t have a word for this bone like we do (we call it a baculum), and so they used the word tsela, which refers to a sideways plank, beam, or board. In other words, it would be another euphemism in Scripture. A boner without a bone…

So is this Jewish Rabbi right? Maybe. Lots of Christian scholars think so. Check out this book by three Christians who think that Genesis 2:21-23 does in fact refer to the first boner in the Bible.

Personally, I am leaning away from this understanding, but I wanted to put it out there for your input. Weigh in with a comment below…

One reason not to reject this view, however, is because it is shocking.

Don’t be shocked about boners in the Bible

We Christians sometimes get shocked by all the wrong things.

That pastor probably got fired for that sermon. After all, you can’t have a pastor who says shit from the pulpit. (Though actually … that’s probably what most sermons are … Ok. Ok. I’m sorry. That was a low blow.)

I am sometimes amazed at what Christians get upset over while completely ignoring the things we should be upset over.

I was reading an interview with George R. R. Martin a while back, the author of the Game of Thrones books and the popular HBO television series. He said that he finds it interesting and sad how people respond to the graphic nature of his books and movies. He said “I can describe an axe entering a human skull in great explicit detail and no one will blink twice at it. I provide a similar description, just as detailed, of a penis entering a vagina, and I get letters about it and people swearing off. To my mind this is kind of frustrating, it’s madness. Ultimately, in the history of [the] world, penises entering vaginas have given a lot of people a lot of pleasure; axes entering skulls, well, not so much.”

Think whatever you want about George R. R. Martin and his books, Scripture agrees with him on this one. Though Scripture also is both graphically violent and graphically sexual, it celebrates sexuality (read Song of Solomon) but condemns violence (when read with the proper crucivision lens). Yet some Christians get angry and outraged when a scholar says the Bible contains numerous allusions to a male boner, but they won’t blink an eye if a pastor uses Scripture to justify the bombing of our enemies.

If this post had been about how Scripture tells us to bomb Muslims, many would have praised it. But since it suggests that the Bible uses the ancient equivalent of words like “boner,” well, I can predict what sort of comments it will receive…

So, what are your thoughts?