You are here: Home / Cruciform God

The greatest expression of what God is truly like is found in Jesus when He died on the cross. 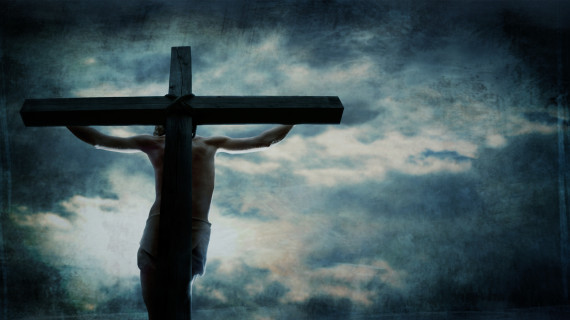 While most Christians affirm the centrality of the cross for the mission and work of Jesus in bringing reconciliation and redemption to this world, it is relatively rare in Christian circles (but thankfully, becoming more common!) to state that of all the ways which Jesus reveals God to us, it is on the cross where God is most clearly seen.

If you ask the average Christians how God is most clearly revealed in Jesus Christ, they may talk about His teachings, His miracles, or maybe even His resurrection from the dead, but few would point to the cross. The cross is critical to the Gospel, people would say, and essential for accomplishing the mission of Jesus in the world, but it is not usually thought of as the primary way in which Jesus shows us what God is truly like.

Philippians 2:5-11 is one of the most well-known passages in the Bible about what Jesus did in leaving heaven to come to earth.

There is nothing wrong with this interpretation, and Paul is certainly placing great emphasis on the sacrifice of Jesus in taking on sin and shame. But what is often overlooked is that this downward spiral into humiliation and then the resulting upward spiral into glorification is only a secondary point for Paul in this text.

The primary point is the fact that in everything Jesus did, He was revealing the very nature and character of God.He came, says Paul, in the “form of God” (Php 2:6).

Now again, when most Christians read verse 6 (and some Bible translations even help in this regard), we often add the word “though” or “although” to the first part of verse 6 (cf. NAS, NRSV). In this way, the reader is led to believe that the following description of Christ’s actions are contrary to the character and nature of God: That although Jesus was God, He turned His back on His divinity, and gave it all up to come to earth. Read this way, the ultimate humiliation of Jesus comes in verse 8 where Jesus became obedient to death, even to death on a cross.

This helps make sense of verse 8 as well, so that rather than it saying that Jesus’ ultimate humiliation was “even death on a cross” (NAS), the text should read “especially death on a cross.”

When Philippians 2:5-8 is read in this light, we see that the cross is not the ultimate expression of Jesus emptying Himself of divinity, but is exactly the opposite: The cross is the ultimate expression of Jesus revealing Himself as divine. In showing us who God truly is, and what God is truly like, Jesus made Himself of no reputation, took the form of a bondservant, came in the likeness of men, humbled Himself completely, and finally, ultimately, especially suffered a cruel and torturous death on the cross. This is what God is truly like. This is who God truly is.

If want to see God, we can look at the entire life and ministry of Jesus, but God is especially revealed through Jesus on the cross.

On the cross, Jesus reveals a God who does not cause others to suffer and die, but who suffers and dies Himself for the sake of others.

Once we have seen this, we can see that the cross of Jesus is not only reveals the essence of who God is, but is also the place where Jesus achieved His greatest victory over sin, death, and the devil, and where Jesus finally and ultimately destroyed the devil’s work. It is on the cross, Paul says, that Jesus disarmed the principalities and powers and made a public spectacle of them, triumphing over them through His death (Col 2:14-15).

So why did Jesus come to earth? One of the primary reasons was to destroy the devil’s work. And since Jesus reveals God to us, not just in His life, ministry, teachings, and resurrection, but also (especially!) through His death on the cross, then as we read Jesus back into the Old Testament, and as we seek to understand the violence of God in the Old Testament, we must keep the mission of Christ to destroy the devil’s work first and foremost in our minds, and especially the critical aspect of Christ’s work upon the cross.

What Jesus accomplished on the cross in destroying the work of the destroyer allows for a vastly new understanding of how to understand the violent passages of God in the Old Testament.

But to really see what is going on, we need one more bit of information to make the puzzle pieces all fit together in a grand tapestry of beauty and grace. We will begin to look at this final piece of the puzzle tomorrow.

For now, what do you think about this way of reading Philippians 2:5-11? Does it broaden the implications of the cross in ways you never before considered? Does it help you understand God a little bit more? Why or why not? Let us know in the comments below!