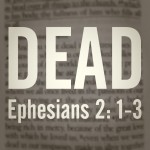 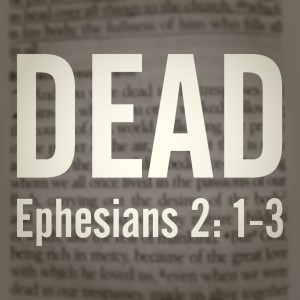 The passage that is used most frequently to defend the idea of Total Depravity is Ephesians 2:1-3 where Paul writes about people being dead in sin.

And you He made alive, who were dead in trespasses and sins, in which you once walked according to the course of this world, according to the prince of the power of the air, the spirit who now works in the sons of disobedience, among whom also we all once conducted ourselves in the lusts of the flesh, fulfilling the desires of the flesh and of the mind, and were by nature children of wrath, just as the others (Ephesians 2:1-3).

Due to the popularity of this passage among Calvinists, it would be possible to produce scores of quotes from various authors and writers who quote this text as proof for their doctrine of Total Depravity and total inability. I have already listed several of these quotes in an earlier post about how Calvinists understand the phrase “dead in sin,” so let me provide just a few additional quotations here which are fairly typical of how Ephesians 2:1-3 is understood.

To be dead in sin is to be in a state of moral and spiritual bondage. By nature we are slaves to sin (Sproul, Grace Unknown, 130).

Now it will surely be admitted that to be dead, and to be dead in sin, is clear and positive evidence that there is neither aptitude nor power remaining for the performance of any spiritual action (Boettner, Predestination, 65-66).

Boice writes approvingly of John Gerstner’s idea that unregenerate humans are like zombies:

John Gerstner … compared Paul’s description of our sinful state to what horror stories call a zombie. A zombie is a person who has died but who is still up on his feet walking around. It is a gruesome concept, which is why it appears in horror stories. But it gets worse. This upright, walking human corpse is putrefying. It is rotting away, which is probably the most disgusting thing most people can imagine. But this is a fair description of what Paul is saying about human nature in its lost condition. Apart from Jesus Christ, these sinning human corpses are “the living dead” (Boice, Doctrines of Grace, 74).

The basic approach to explaining Ephesians 2:1-3 is to focus on the phrase “dead in trespasses and sins” and then draw an analogy from this that just as physically dead people cannot do anything, so also, those who are “dead in sin” cannot do anything spiritually.

Those who are dead in sin are incapable of doing anything good, of comprehending the things of God, or of believing in Jesus for eternal life. In order to do these things, the Calvinist contends that the person who is dead in sin must first be regenerated by God, and only then can they believe in Jesus or obey God in any way. 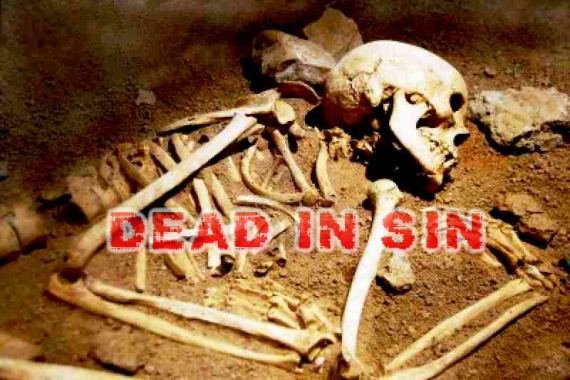 This helps us better understand what Paul is saying in Ephesians 2:1-3. In Ephesians 2:1, where Paul says that as non-Christians, we were “dead in trespasses and sins,” he is not saying that we are unable to believe in Jesus Christ for eternal life, or that the capacity for faith is non-existent.

Rather, Paul is simply (and clearly) saying in Ephesians 2:1 that as non-Christians we were separated spiritually from God. As we saw in the discussion on Romans 7:15-20, those who are spiritually dead are separated from God and cannot interact with Him as they were meant to. But this says nothing about their ability or lack of ability to do anything good, let alone their ability or lack of ability to believe in Jesus for eternal life. 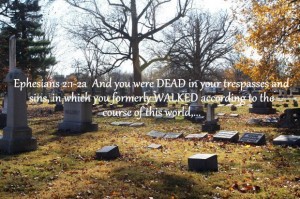 Quite to the contrary, in the immediately following verses, Paul writes that when we were dead in our trespasses and sins, God made us alive in Jesus Christ.

How did this happen?

It was not by regenerating us prior to us believing in Jesus for eternal life, but the other way around.

After stating that God made us alive in Jesus Christ (Ephesians 2:5), Paul explains that this life is given to those who believe (Ephesians 2:8).

Yes, the offer of eternal life by grace through faith originated with God (we will look at the so-called “gift of faith” of Ephesians 2:8-9 in the next post), but the fact remains that the way to be transferred from death to life is not by waiting for God to regenerate us, but rather by believing in Jesus for eternal life.

Rise Up, You Dead People!

We know that is what Paul means because he later calls on people to wake up and rise from the dead so that Christ may give them light (Ephesians 5:14).

If Paul really meant that the dead cannot wake from their sleep, cannot see the truth, and cannot hear the Gospel, how then could he call on the dead to wake up and respond to the offer of eternal life in Jesus Christ? He could not logically do so.

For Paul, those are dead in trespasses and sins can remedy their situation by responding to the call of the Gospel and believing in Jesus for eternal life. When this happens, God sends light and life into their heart and mind, so that they can respond further, and live in the way God desires for them.

Dead in Trespasses and Sins

So the one who is “dead in trespasses and sins,” is not unable to respond to the Gospel or believe in Jesus, for “dead” does not mean “non-existent” or “unable,” but refers instead to the separation from God that the unregenerate person experiences.

Paul himself described their condition earlier, when he said they were “strangers … without God … far off … alienated from the life of God” (Ephesians 2:12-19; 4:18). These sorts of synonyms reveal that being “dead in sins” is not inability but separation. Nor is their situation is hopeless, for Paul invites those who are dead to awake, arise, and believe (Ephesians 5:14; 2:8-9).