You are here: Home / Drown in the Nile and Become God 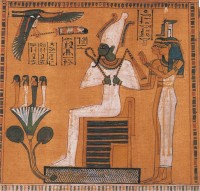 Nearly all religions practice some form of baptism and ritual washing. The Egyptian and the Jewish tradition are good representatives of religious beliefs on baptism, and pave the way for helping us understand the cultural, historical, and religious background to Christian baptism. In this post we look briefly at Egyptian baptism, and tomorrow’s post will be about Jewish baptism.

First, a word about religious baptism in general.

For most religions, water baptism was a form of ritual washing and purification before a particular ceremony, sacrifice, or religious service. It was viewed as a way to cleanse oneself both physically and spiritually before meeting with that religion’s deity. In some religious circles, baptism was used as a rite of healing and exorcism. It was thought that if the water was blessed in a particular way by a priest, it had healing powers which could wash away the sickness or evil spirit.

It was also customary in some regions to “baptize” or wash those who had died, so that any residual uncleanness could be removed from the body, and the spirit of the person could break free of the dead body and be released into the realm of the gods or into the renewal of life and reincarnation.

Interestingly, the Egyptians believed that it was the god Osiris himself who chose whom to baptize, and he chose them by drowning or “immersing” them in the Nile River. 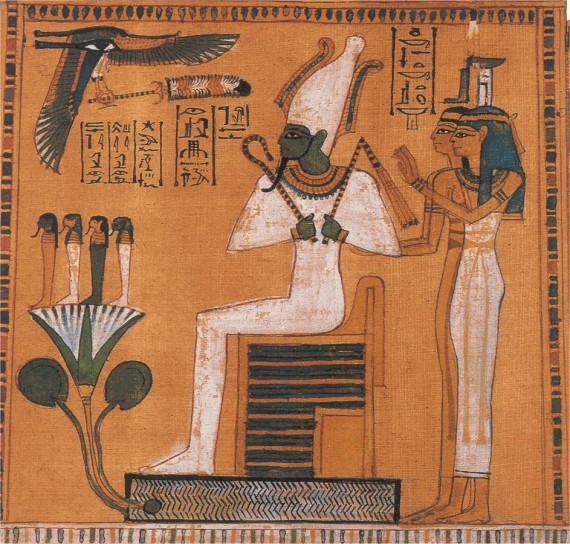 If a person fell into the river and drowned, or was pulled into the river by a crocodile, it was believed that Osiris has specifically chosen that person for some special role in the afterlife, and the person’s body was treated as a most holy and sacred relic.

No one may touch him, whether relatives or friends, apart from the priests of the Nile, who must tend him with their own hands and treat him as one who is more than an ordinary being. …To be drowned in the river is to enter into connection with the god and thus to be divinized (Oepke, TDNT,

This idea fits perfectly with the definition of “baptism” as an “immersion” that causes the person to become completely identified with what they were baptized into. The person who drowns or is immersed in the river, become identified and connected with the river, and thus also with Osiris, the god of the river.

Jewish people, however, did not believe that it was possible to become “one with God” and would have considered such an idea idolatrous. In Jewish theology, God is wholly other. So how did they understand the baptism which they practiced? We will see tomorrow.