You are here: Home / God is Not Absent 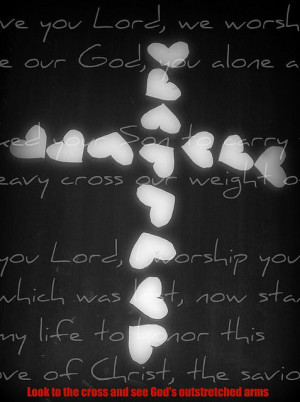 As we try to understand the theology behind the idea that on the cross, Jesus reveals to us what God was doing in the Old Testament, we are in a section where we recognize that there are no “pat answers” to the problem of evil in the world, and that the situation is much more complex than most of us realize. I have about six points to a “Chaos Theory” which help us understand why bad things happen in this world.

In a previous post I suggested that God has a policy of non-intervention. In this post I want to emphasize that I am not presenting the “deist” view of God. I do not think that God is the cosmic clock maker who wound the gears of the universe to get things started and then left us to our own devices. The fact of God’s policy of non-intervention does not mean that God is off playing golf somewhere while we struggle on our own with wars, tornadoes, and terrorism. No, God is intimately involved in our daily lives, but this first point of the chaos theory simply argues that God is such a believer in having true relationships with His creatures, that He gave us true and genuine freedom within creation, so that we can choose to love and serve Him (or not).

Does this mean then that God does not act upon creation at all?

No! Quite to the contrary, God is extremely active.

Like a lover, He calls and woos us to follow Him and His ways. He nudges, winks, and whispers. He paints pictures and writes poems. He invites us to imagine things differently than they are, and in so imagining, invites us to join with Him in helping our imagination become reality.

This process of thinking about the future with a divinely inspired imagination and then working with God to bring our imagination into reality is called The Prophetic Imagination by theologian and Bible scholar Walter Brueggemann. One of the reasons God gave us freedom and liberty is so that we could work with Him in bringing His rule and reign on the earth.

Prayer also is one of the means by which God has allowed us to change events. Sometimes God wants to act in a certain way, but the lack of prayer restricts His actions.

Blaise Pascal said that God “instituted prayer in order to allow His creatures the dignity of causality.” In other words, there are some available actions of God which can only be brought about by prayer. Once, when the disciples were unable to cast out a demon, Jesus told them that this kind of demon only comes out by prayer and fasting (Mark 9:29).

There is a whole theology of prayer behind this statement of Jesus which we cannot get into here. For now, it is enough to say that because of the genuine freedom God has given to us, prayer is one of the ways by which we invite God to get involved in this world in ways that He might not otherwise have done. (To read more about this concept of prayer, I highly recommend the following resources: The titled “Work and Prayer” in C. S. Lewis, God in the Dock, the titled “The Efficacy of Prayer” in C. S. Lewis, The World’s Last Night and Other Essays, and the chapter titled “Praying in the Whirlwind” in Gregory A. Boyd, Satan and the Problem of Evil.)

God Seeks to Love and Be Loved 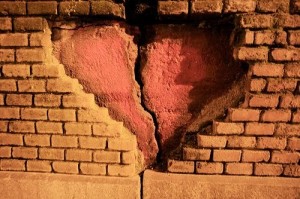 Nowhere in all of this does God force us, push us, or drive us to do what He wants. This is not the way of love, and this is not how God works with the freedom He has granted to us.

None of this means, however, that God sits nervously on His heavenly throne, biting His nails and hoping that somewhere on earth someone will invite Him to get involved. No, there is a whirlwind of activity going on all the time, and God is involved in most of it.

This first principle of the chaos theory simply shows that when it comes to God’s direct involvement in the actions of free creatures in the world, God has a policy of non-intervention. But this does not mean in any way that God is absent, that God is aloof, or that God just sits around waiting until He is called for.

No, the next three principles of the chaos theory show that despite God’s policy of non-interference, God is constantly interfering in ways we (usually) cannot see. Understanding these will shed further light on what God is (and is not) doing in the violent Old Testament texts.