You are here: Home / Our God of Darkness 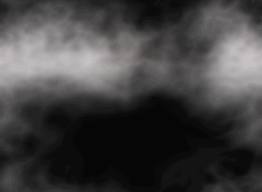 If we want to follow Jesus in storming the gates of hell, we must begin by looking at the world around us, and discovering the places that are filled with darkness. It is there that we will find Jesus.

Does this mean that God has an evil side? Does it mean that there is sin with God? May it never be! “God is light! In Him there is no darkness at all!” (1 John 1:5). So what does Scripture mean when it speaks of the God of darkness?

The two passages where this idea is mentioned seem to provide some clues. In Psalm 18, the Psalmist is facing death, and as he goes down into the grave, it is there, in the darkness, that He encounters God. The aspect of God that the Psalmist encounters is not the loving God of peace and love, but a God with smoke coming out of His nostrils and fire from His mouth. He sent hailstones, coals of fire, lightning, and arrows to scatter and defeat His foes. The image, it is clear, reveals our God at war.

And again, where did the Psalmist encounter God in such a fashion? At the brink of death. On the edge of Sheol. At the very gates of hell. This is the same message that is taught in the other passage which talks about God being surrounded by darkness, Psalm 97:2.

The God of Darkness is a God at war, battling against sin, death, and evil. While the Psalmist seems to believe that his enemies are people of flesh and blood, further revelation from the New Testament reveals that our struggle is not against flesh and blood, but against principalities, powers, and rulers of the darkness of this age, and against spiritual forces of wickedness (Eph 6:12). From this we can know that when God goes to battle, it is not against humans He fights, but against wicked spiritual forces, and He battles them at their very doorway—at the gates of hell. If we want to see God at work in this world, one way to do this is to join Him in battle where the darkness is greatest and the evil is strongest. 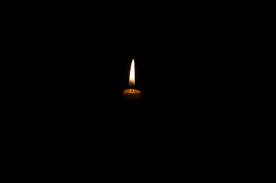 The darkness does not keep God out. Where there is darkness and shadow, God is there, fighting to bring light, healing, and deliverance to those people who are there. If the church wants to join God in storming the gates of hell, in defeating the darkness, we must stop gathering in warm and comfortable rooms, with padded pews under our butts and soft music in our ears, and instead, find places in our community where we are likely to end up getting our butt kicked and leave with our ears bleeding. We must find the mean places, the dark places, the dangerous places, and take the church there.

We must go to the greedy, the liars, the cheats, the thieves, and show them generosity, truth, and honesty. We must find the places that even the cops won’t go, and go there with Jesus instead. Where do the most murders occur? Where do the addicts and prostitutes hang out? Let’s meet there.