You are here: Home / God, Violence, and Atheism 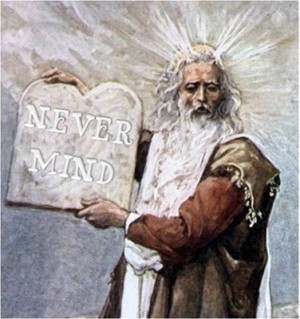 As I try to move toward an idea about how to understand the violent portrayals of God in the Hebrew Scriptures, I posted two introductory posts on the subject, here and here, and then had planned to present my thesis….

As a result of those two posts, I received numerous emails and Facebook messages from people who had their own theories which I did not cover. Thank you for sending these in!

Of course, I always think that if one or two people have a question about something I wrote, dozens more probably have the same question and just didn’t write in or leave a comment.

By my most recent check of email and Facebook, I have eight additional views!

So in an attempt to be fair (and in a way that I hope will not bore you), I decided to spend several more posts looking at other ideas about how to understand the violent portrayals of God in the Bible, before finally getting to a post that reveals my idea.

One of the things that I hope this series of posts accomplish is to show you how difficult the problem is, and how creative some of the “solutions” get. This problem has not been “solved” and will likely not be solved by me either. But through my posts I hope to move the conversation in a particular direction, so that maybe together we can come up something that raises appreciation for God rather than alarm.

A Violent God Does Not Exist Because No God Exists

So one view which almost everyone is aware of, but which I neglected to write about in my previous posts, is the view of atheism.

When dealing with the problem of violent portrayals of God in Scripture, some simply say that the Old Testament is wrong in its most basic premise, namely, that God exists.

This is the view of atheists who argue that there is no way a God of love could command the Israelites to do the things they do in Scripture, and there is also no way a God of love could send the flood, the plagues, and the other natural disasters that are described in the Old Testament, and so the best option is simply to believe that God does not exist, and that the people who wrote these texts ascribing these actions to God were simply deluded.

Just like the ancient Mesopotamian people had creation myths, and the Egyptians had tales about Amun, Ra, Seth, and the rest of their gods, and the Babylonians, Assyrians, Greeks, and Romans all developed their various pantheistic beliefs to explain weather patterns and the movement of the sun and stars across the sky, and why bad things happen to some people, so also, the Israelites developed and invented their own “fairy tales” to describe events and situations in their life which they did not understand or comprehend. 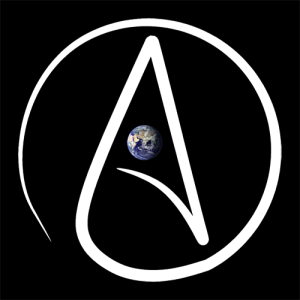 Now, with science, we “know better” and so realize that God did not really command the Israelites to do these things, any more than any other god commanded their people to do such things. Instead, people simply wanted to go to war, to annihilate their enemies, to set themselves up as ruler, or raise taxes, and so they claimed that God had given them a message, that God was on their side, and that God would fight for them in their “Holy War.” This is the atheistic view of these troubling texts in the Old Testament, and it is a view which is growing in much popularity today.

I Am Not an Atheist

However, I personally find it more difficult to believe that there is no God and that the universe came from nothing, than to believe that God does exist and that He created everything. Of course, even when we believe in the existence of God, we cannot explain where He came from, and so atheists and theists have similar dilemmas…

But this is not a post for apologetics. I was simply presenting another way that some choose to deal with the problem of violence in the biblical portrayals of God.

For myself, I believe in the existence of God, and that the Bible is His Word. I have written elsewhere about why I would choose to follow Jesus even if the Bible was a lie, and I still hold by what I wrote there.