You are here: Home / Redeeming Life / God’s Mirror, Our Looking Glass, and the People We Bump into 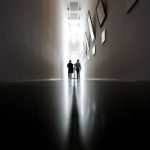 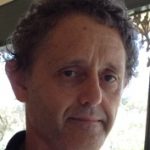 Grahame was most influenced in life by Christians who lived out their faith by rolling up their sleeves and taking risks by helping others. He is a Chaplain and Crisis Counselor and with his wife Rhonda has raised 3 children and is helping to raise 4 grandchildren.

Grahame has two sites where he interacts with people from many countries. They can be found at Soul Care Counselling and SoulCare

He has a passion in asking people to consider what the 21st Century Church should like through social media. 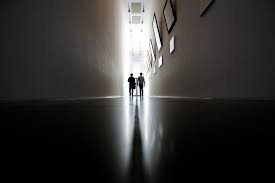 Months ago, a man in his early 30s passed me in the hallway. I had got to know him at one of the workplaces I visit. As one often does in such circumstances I asked him how he was going. This is a question which can easy roll off our tongues perhaps with little thought of what may come next.

He actually stopped me and said “life is hard and I have made a mess of things.”

Now I have come to realize many years ago, God does provide divine opportunities for us to extend His grace to others. What do I do now I asked myself?

I could see in his eyes a lot of pain, and I had a meeting to go to. If I put him off, the chance to listen and perhaps to help is lost. The clock was ticking in my head; I really need to be at this meeting I told myself.

I said “Bill (not his real name), I have to be at a meeting in 5 minutes, I really want to chat with you, say in 2 hours?” I was thinking he would say no, instead he said “See you at 1300hrs!” (He’s in the armed services). From experience I’ve learned these opportunities involve a lot of emotion.

The meeting was difficult and draining so I didn’t feel up to my 1pm appointment.

When I arrived, Bill was waiting for me. (Not a good sign, I said to myself.)

I had accidently pressed an emotional button in Bill earlier that day, and so for next 2 hours he poured out his tragic story.

In short he had been deployed overseas for 10 months as a UN peace keeper and when he had come home he found that his marriage was over and his kids very distressed. He blamed himself for the mess. He saw himself as a failure as a husband, father and as a provider. His self-esteem was a rock bottom. So I was concerned for his safety. He said he had nowhere to turn to, except to me as it turned out.

Much more has been said in the 10 sessions I have worked with Bill, even very recently. The impact of how Bill saw himself across his total life became the most profound part of the story. But over our time together, Bill came to know Christ as his Lord and Savior, and significant change happened.

We had considered in one session; 2 Corinthians 3:16-18 to 4:1-2, where it tells us, that where the Spirit of the Lord is, there is liberty in our lives. We are also told, as we gaze in the mirror of God’s word by the Holy Spirit, that we are transformed each day, more and more to the image of Christ.

Now Bill tried to describe to me what this verse did to him. He said the hardest thing he found was to try and see himself as God sees him. He had a strong belief he was a failure and was unforgivable but this was being challenged by a voice within him. Despite him finding Christ he would still go fishing in his mind “re-living past sins and kicking himself all over again”.

On one occasion I introduced a small mirror and asked him see his reflection and answer two questions.

1. Look at the mirror you are holding, what do you see, what do you think of yourself really, not your appearance but the inner you.

2. If God was looking back at you, what would He see in your opinion?

Both answers were similar. I then asked him to consider a list of bible verses that demonstrates God’s love for us and how He really sees us.

He told me the light bulb went on in his head. And amongst his tears he had got it. He said he could now forgive himself and his wife. Gods Mirror had become his Looking Glass helping to correct his false images, false assumptions, beliefs and helping him to avoid making poor choices when sorting his life out.

All this came out of a chance meeting in a corridor and me trying to find reasons why I didn’t have the time to chat. Divine opportunities just pop up, even if we don’t want them to!

Are you looking for the people God brings into your life? Keep your eyes and ears open! You never know who you might meet in the hallway.