You are here: Home / Make the Younger Generation Good Pagans 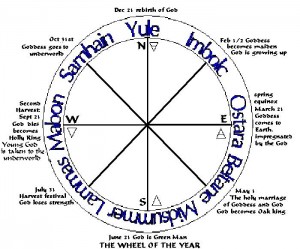 I attended a seminar recently on the topic of Paganism. You know… those people who worship Thor, Freya, Odin, and engage in mystical rites out in the woods, usually around a fire. No, they don’t worship Satan. No, they don’t practice black magic.

Today, of course, is Winter Solstice, one of the most religiously significant days of their year. Today is the day when they believe that the dividing wall of separation between men and women and gods and goddesses is the thinnest.

Though most Christians are shocked to hear it, the Pagans might have a point. In fact, Frank Viola wrote a book about this very thing a few years back (Pagan Christianity?), and I wrote one specifically about the Pagan roots of our Christmas traditions (Christmas Redemption).

But in the seminar I attended (which was taught by a Pagan High Priestess, by the way…), I noted the belief of a creation, of an ongoing battle between good and evil, and of a coming final last battle, in which humans will join in the fight to defeat and vanquish evil from the universe. There was talk of a tree, and getting knowledge from the tree, but at great sacrifice. The similarities go on and on.

The reason I bring this up is because of something I read from C. S. Lewis a while back. As he watched the world slide into debauchery and atheism, he believed that while we ultimately want people to accept Christian beliefs about God, Jesus, and the afterlife, it is not easy to lead a person to that point straight from atheism. C. S. Lewis said that before a person can believe in a divine law, they first need to believe in a natural law. The way the world is going, people tend not to believe in any law. Paganism, at least, believes in a natural law, and it is an easy jump from there, says C. S. Lewis, to teach people the divine law as recorded in Scripture and revealed through the gospel of Jesus Christ. 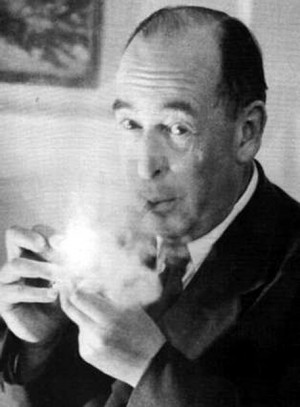 I am butchering what C. S. Lewis said. Here is his exact quote:

But… certainly I feel that very grave dangers hang over us. This results from the apostasy of the great part of Europe from the Christian faith. Hence a worse state than the one we were in before we received the Faith. For no one returns from Christianity to the same state he was in before Christianity but into a worse state: the difference between a pagan and an apostate is the difference between an unmarried woman and an adulteress. For faith perfects nature but faith lost corrupts nature. Therefore many men of our time have lost not only the supernatural light but also the natural light which pagans possessed.

But God, who is the God of mercies, even now has not altogether cast off the human race….We must not despair. And (among us) a not inconsiderable number are now returning to the Faith.

So much for the present situation. About remedies to the question is more difficult. For my part I believe we ought to work not only at spreading the Gospel (that certainly) but also at a certain preparation for the Gospel. It is necessary to recall many to the law of nature before we talk about God. For Christ promises forgiveness of sins: but what is that to those who, since they do not know the law of nature, do not know that they have sinned?…Moral relativity is the enemy we have to overcome before we tackle Atheism. I would almost dare to say ‘First let us make the younger generation good pagans and afterwards let us make them Christians’ (Yours, Jack; p. 219).

Any Youth Pastors out there? Try suggesting in your next planning session that you are going to start teaching Paganism to your youth so that they will learn the natural law. See how well that goes over.

But seriously, I think Lewis might be on to something here.

Someone once said (though I do not remember who) that while not all roads lead to Jesus, Jesus walks all roads to lead people to Him.

I think this is true of many of the world’s religions. They do not necessarily lead people to Jesus, but Jesus has no qualms whatsoever about walking into such religions to lead people to Him. 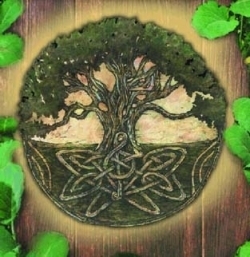 I think that the reason there are so many similarities between Christianity and other religions is not because Christianity borrowed or stole from these other religions (though some of that might have happened too), but because the Spirit of God was at work in the hearts and minds of the people who developed these religions to write eternity into their hearts, to foreshadow the Gospel of Jesus Christ, and to give men and women a longing for grace that could not be achieved in any other way than through Jesus.

Don’t worry. I am not about to start teaching or practicing Paganism.

I will, however, wish you a Happy Winter Solstice: Tomorrow, may the light of God’s love in Jesus Christ shine brighter and longer through your life than it did today. May the Son of God be made flesh again as you love and serve others.