You are here: Home / Hand This Man Over to Satan 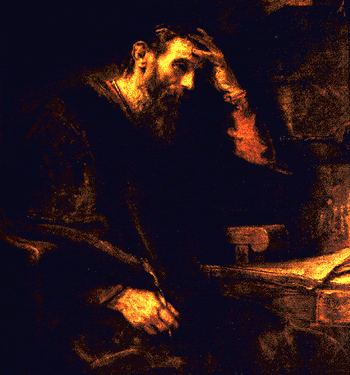 In 1 Corinthians 5:5 and 1 Timothy 1:20, Paul says he hands people over to Satan for the destruction of their flesh.

What does this mean and how is it accomplished?

There are a few main views:

Some believe that the man who is handed over to Satan for the destruction of his flesh will suffer premature death. They noted this word “destruction” (Gk. olethros) is used three other times in Scripture (1 Thess 5:3; 2 Thess 1:9; 1 Tim 6:9) and refers to physical death as a result of sin. Some believe this is what happened to Ananias and Sapphira (Acts 5:1-11), or what Scripture means when it refers to “the sin unto death” (Rom 6:16; 1 John 5:16).

In this case, handing someone over to Satan is like giving them a death sentence. Related to this, some believe that handing someone over to Satan means that we are consigning them to everlasting torment in hell. This is the sort of thinking that has led to so much judgment, condemnation, and killing of other people throughout church history, and is a complete misunderstanding of the text.

Destruction of the Sin Nature

A second, softer view is that Paul is not referring to physical death, but what some refer to as “the mortification of sin,” that is, the destruction of our sinful tendencies and fleshly desires. Proponents of this view point out that in 1 Corinthians 5:5, Paul contrasts “flesh” with “spirit.” While “flesh” can refer to the physical body, it most often refers to the “sinful nature” in mankind (cf. Gal 5:17), especially when placed in contrast to “spirit” as in 1 Corinthians 5:5. So the destruction of the flesh would not be physical death, but the process of learning to defeat temptation and sin.

Some authors have referred to this as the “mortification of sin.” In support of this view, when Paul speaks of handing two believers over to Satan in 1 Timothy 1:20, they did not die but were still alive and well, and still causing problems for Paul and the church in Ephesus (cf. 2 Tim 2:17; 4:14).

However, I am not sure why Satan would be all that cooperative in helping other people destroy their sinful inclinations. It seems that if someone was handed over to Satan, he would want to help their sinful tendencies increase, not decrease. So for this reason, it seems that handing a person over to Satan for the destruction of his flesh refers to something else.

Experiencing the Consequences of Sin

To what does it refer? First, we must remember that spiritually, there are two realms we can participate in: the kingdom of light and the kingdom of darkness (Col 1:13). One is ruled by the reign of God the other by the ways of hell. Life is a constant struggle between which realm we will reside in. If we follow the ways of God as revealed in Jesus, we reside in the Kingdom of Heaven. If we follow our sinful flesh and live according to its rules, we are trapped by the gates of hell. Neither one nor the other determines eternal destiny, but rather how we interact with each other while on earth. 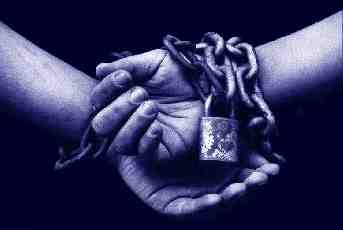 This man is, in effect, excommunicated from the church so that he can experience the full spiritual, physical, emotional, mental and social consequences of his sinful actions. Essentially what this means for the church is that they should not fellowship with him (see 5:10-11, 13), for it is primarily in fellowship with other Spirit-led believers where there is grace, peace, mercy, and love.

Restoration is the Goal

The hope is that when he sees how destructive his actions were to himself and to his life, and when he begins to miss the loving fellowship of other believers, he will repent of his ways, and be restored to fellowship (cf. 2 Thess 3:14-15).

And again, Paul emphatically states that handing someone over to Satan in such a way is not for those outside the church, but only for those inside (1 Cor 5:9-13). Far too often, the church reverses this, and spends its time condemning our neighbors, and the people across town, or the religion on the other side of the world. Paul is adamantly opposed to such judgment of others.

Not to Harm or Kill Others

But even when we do feel justified in criticizing those within the church, Paul is not providing a license for us to do them bodily harm, or even to slander them to others. Yet throughout church history, this is what most churches have seemed to believe Paul was condoning when he wrote about handing someone over to Satan.

Some have used this idea as a way to justify destroying the lives of people or even killing those whom we consider heretics and reprobates. If someone teaches against our doctrinal statement, some have believed this gives us the right to burn them at the stake.

I will begin to look at this issue tomorrow as we continue this series about how some churches throughout history have used doctrinal statements to damage and even kill others.