You are here: Home / Redeeming Life / Hell on Earth 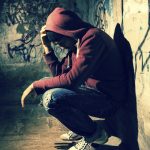 Sam Riviera is a frequent and popular contributor to this blog. Many of his posts on loving your neighbors and ministering to the homeless are consistently among the most popular articles on this blog.

Based on his many years of friendship with lots of homeless people in San Diego, Sam Riviera has learned the stories of several of them, and, with their permission, is writing their stories in the form of letters to their dads. These are the letters that they might have written to their dads. Since it has been a while since Sam wrote one of these letters, you will want to go read the explanation about these letters here, and especially read the First Letter to Dad: Killing Me Softely, as the letter below follows on the events from that previous letter. 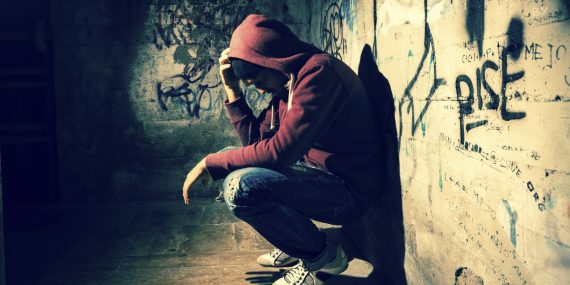 It’s been over a year now. I’m still alive. Sort of.

You have no idea what it’s been like for me the past year. You can’t even imagine it. This isn’t rural Georgia, the town where you and I were born. This is the United States of America, land of the sick and twisted. I know ‘em. You’ve never made their acquaintance. Pray you never do.

Hell. They talked about it in church. Where I am isn’t a lake of fire, but it might as well be. Hell can’t be much worse than this. Maybe this is really hell and the lake of fire thing with devils and pitchforks was invented by Dante and Hollywood.

I’m not sure why I’m writing you. I guess I want mom to know I’m alive, but will you tell her? I’d tell her myself after you’re dead and buried, but I doubt I’ll be alive by then. Get on your computer and look up the average life expectancy for a homeless teenager who is a drug addict who is regularly raped by dirty old men.

I’ve got a death sentence. You were the judge that handed it down. You convicted me without a trial, with no evidence. Even if what you were told was true, so what? I’m your son. I know you’re more concerned about what people think than you are about your own flesh and blood. I might as well have terminal cancer. At least then I might be able to get treatment. As it is, I have no hope.

Hard to imagine, but Jesus is here with me right in the middle of all this crap. I was hoping he’d rescue me somehow, but it’s not happened. Maybe it’s drug-induced hallucinations, but I don’t hallucinate about anything else. I see him walking the streets, and he sits and talks with me. The other guys say it’s just some guy, but I see something different. I know what I’m seeing. He told me only small children and a few older people see him for who he really is, and most people don’t notice him at all.

I asked him if he hangs out in churches. He laughed. He said he does, but not many notice or recognize him. He said he spends most of his time where he’s wanted and needed. Not like me. I’m not wanted, needed, or loved anywhere. I’m just a user and mostly just used.

Remember those baby birds in the nest by our front door when I was little? We watched the mother bird build the nest, then looked in after she laid the eggs. The babies were about a week old. One day the mother bird disappeared and never came back. The babies were dead by the next morning. Abandoned and soon dead. That’s going to be me. Except I’m more like the baby the mom kicked out of the nest. Something must have been wrong with it. That’s what you thought about me. But nothing was wrong with me. You were wrong. But you still kicked me out and it’s too late for me to survive. I’m cold and sick, starving and afraid, and so lonely lying here in the filth waiting to die.

I’m still a teenager. I didn’t miss my childhood, but I will miss being an adult, all because of you. Can you live with that? 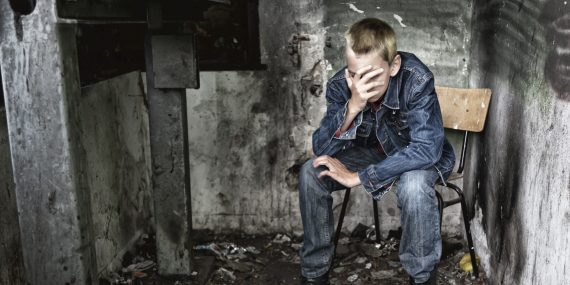