You are here: Home / Redeeming Life / How to hear the Voice of the Spirit 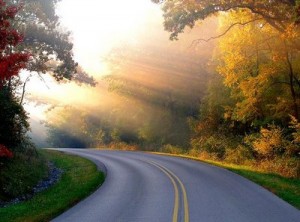 For many, the guidance of the Holy Spirit is a mystical and magical affair.

It is believed that listening to the Spirit is only for the most spiritual of Christians, and hearing the Spirit is often accompanied by strange experiences like dreams, visions, and speaking in tongues.

But such an approach to the Spirit does more damage than good.

It treats the Holy Spirit as some sort of pagan deity who must rely upon ecstatic utterances and erratic behavior to get his message across to people. Many false religions depend on such things, and believe that their particular deity cannot speak to them except through such strange behavior.

The Spirit’s voice is more like the still small voice of God which is most often mistaken for our very own thoughts.

Since all who have believed in Jesus are indwelled by the Spirit of God, we must take it on faith that the Spirit who empowered Jesus also empowers and guides us.

As we go about our days, seeking to follow Jesus and love others, we must recognize that many of the thoughts that “pop into” our minds regarding the needs and concerns of others, are probably not our own thoughts, but are rather due to the quiet, influencing guidance of the Holy Spirit.

Taking once again the picture of a five act play, it is as if we are the actors on the stage, and the Holy Spirit is in the wings, whispering our lines to us and telling us where to go. 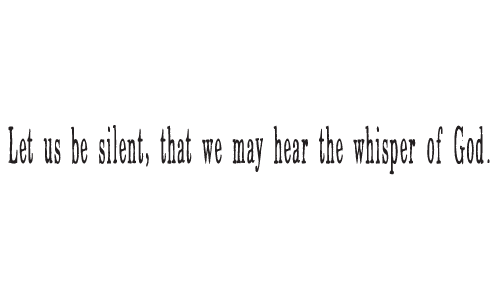 Sometimes the whisper is so quiet, it becomes difficult to hear above the applause of the crowd. Sometimes we ignore His whispers because we think we know our lines.

The Holy Spirit can easily be ignored or shouted over. But with practice, the one who has attuned their heart and mind to the voice of the Spirit can hear it over any din and pick it out through all sorts of interference.

Hearing a Radio in a Noisy Room

I was once with a police officer in a very crowded and noisy room. He and I were talking to each other, while at the same time his eyes kept scanning the room for any sort of problem that might arise.

At one point, right in the middle of a sentence he paused, said “Excuse me” and pulled out his radio. To my surprise, rather than call for another officer on the radio, he responded to a call he had received.

I had not heard a thing come over his radio. Indeed, I was having trouble hearing him, and he was standing right in front of me.

But not only that, even as he was talking with the other officer, I could barely hear what the other officer was saying. My friend had the volume on his radio turned almost all the way down. It sounded like a mere whisper!

After he finished talking on the radio, I asked him how he possibly could have heard his radio with the great noise around us and with the volume turned so low.

He said that years of work had trained him to tune his ears to his radio. Furthermore, he told me that while the department tries to keep radio chatter to a minimum, his brain had somehow developed the skill of tuning out all radio dialogue that had nothing to do with him and his duties.

But when his name was specifically called on the radio, or the call was something that specifically concerned his responsibilities, his ears picked it up as if the voice on the radio was the only voice in the room.

I believe it is similar in listening to the Spirit.

There is nothing magical or mysterious about it.

Hearing God is simply something that comes with time and experience. And when God speaks, our heart and mind that is in tune with the Spirit will pick up on His still, small voice, despite all the surrounding interference and distractions.

Learning to listen to the guiding voice of the Spirit is essential if we are going to follow Jesus into the world with love and service toward others.