You are here: Home / How to Properly Read the Story of Scripture

In previous posts, we have suggested that the best way to read the Bible is to read it as a story.

In his books, The Last Word

and Scripture and the Authority of God,

N. T. Wright uses an extremely helpful illustration for explaining how God’s story functions, and where we fit into the plot. For a brief synopsis of the ideas in these books, see the paper by N. T. Wright, “How Can the Bible be Authoritative?”

History is a 5-Act Play

Wright portrays history as a play with five Acts. The first four Acts of the play are (I) Creation, (II) Fall, (III) Israel, and (IV) Jesus. The book of Acts and the rest of the New Testament are the opening scenes to Act V. If I were to tweak this image a little bit, I would add Act VI from some of what we read in the book of Revelation about the New Heavens and New Earth. 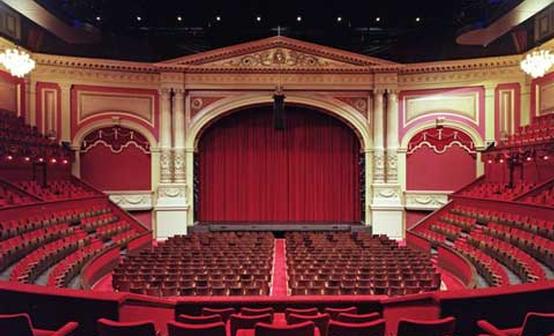 Based on this, Wright argues that we are currently living in the middle of Act V, and we are actors on the stage.

But there is no script, so we must improvise.

We study and learn these other Acts, not so that we can copy them scene-by-scene in Act V, but so that we can learn the plotline, the major characters, the conflict, the climax, and how the story will come to a resolution. Then based on this information, we figure out how to get the play from the middle of Act V to the conclusion in Act VI.

We might need a few cues along the way, or a few lines whispered from the wings (more on that later), but in general, if we have a good grasp of the written parts of the play that are in Scripture, it should not be too difficult to improvise our part of the story in epic fashion.

In this way, the Bible guides and informs us, not so that we mindlessly repeat what other characters in the story have said and done, but so that we allow the previous Acts in the story to inform and guide what we ourselves say and do in our part of the story.

Some of the things will be similar, but most will be different, and everything will build upon what has come before to carry the plot forward toward the appropriate conclusion.

Allowing the Bible to function this way relieves the stress and burden placed on so many people to do proper “Bible Study” and practice “sound hermeneutics.”

Certainly, these are important in their place and for certain professions, but in general, people can allow the Bible to guide them simply by reading the Bible as a story in which they have a part to play.