You are here: Home / I am Queer

This guest post is by an anonymous person. Even though he is not ashamed of who he is, he has chosen to remain anonymous to avoid embarrassing family members who are still evolving on these issues. This post was condensed from interviews with our anonymous poster. This is Part 1 of 4 Blog Posts from this person. Here also is Part 2: Don’t Hate Me for Being Queer, Part 3: Queer Christians, and Part 4: An Open Letter to Christians from a Queer.

Whether you agree or disagree with what he says, please be gracious in your comments below.

I am male and I am queer. Neither was a choice. I was born the way I am. I don’t feel a need to try to prove that to anyone. I know and always have known who I am. 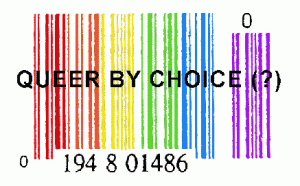 I am Queer. What does that mean?

I am male, married to a female, and a Christian. For the purposes of this discussion, I don’t know any other labels that fit. I am not straight, gay, or bi.

I like women. I like men. I’m attracted to some women and to some men, but not to most women or most men. I married a woman because it’s easier to merge with the masses. I love my wife, and plan to stay married to her. I could just as easily be married to a man, though it would depend on the man.

The day the state I grew up in made it legal to marry someone of the same gender, I cried. If that had happened before I got married, I wonder if I might have married one of my boyfriends instead of one of my girlfriends.

Am I the Only One?

Are there other people like me? Lots of people aren’t attracted totally to the opposite sex or to the same sex. Think of it as a sliding scale, with all the totally heteros at one end and all the totally same-sex attracted on the other end. Lots of people aren’t at one end or the other of the scale. How do I know this? I know some of these people and most of them know more of us. 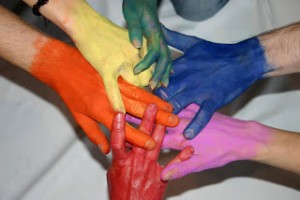 We are related to you, live next door to you, work next to you and may even be married to you. That doesn’t mean we are or are not attracted to you, whatever your gender.

I think a lot of people are suspicious that there are more LGBTs and others like me than the statistics say. When the stigma attached to being anything other than one hundred percent straight is gone, they may find out how many of us there really are. Are they afraid they might be outnumbered?

I Am A Christian

It might surprise you to know that I also consider myself to be a Christian. How is that possible? I agree, it is difficult, given all the unkind, nasty, unloving, ignorant, stupid, wrong things some Christians say about LGBT people. Those comments also hurt people like me. Why would anybody want to associate with angry, mean people who say things like that?

Jesus is kind, loving, and gentle. He created all of us, wherever we fall on the straight to gay scale. It makes me wonder: If Christians are supposed to be like Jesus, why are so many of them not like Jesus?

I do not know if that sixteen year old boy was a Christian or not, but I do know that many Christians want LGBT people to burn in hell. Is that really any different than setting a person on fire for wearing a skirt?

Don’t hate me for who I am. I don’t hate you for who you are. Love others because Jesus loves you as well as others. We are all created in his image. Let’s try to look like him, and that looks like love, not hate.

Do you have questions for me? Do you want to hear more of my story? There will be three more posts this week in which I will share more about me, and if there is enough interest, we can do a Q&A in a future post.