You are here: Home / If Christianity Became Illegal 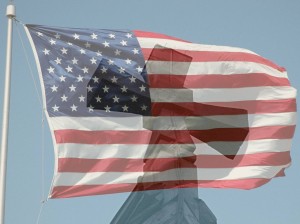 The way Christianity is most often practiced in the United States (and other Western countries) today, we need the permission of the governments to continue practicing in such a way.

If the government stepped in and did away with just these three things, but did not make Christianity illegal, I fear that most Christian churches would fold. Western Christianity depends upon such things for survival, which means that we depend upon our government for survival.

The situation would become even more dire if the government actually made Christianity illegal. If the government put out a law next week saying that Christianity was illegal, and Christians could no longer meet in church buildings on Sunday morning, could not sing songs, pray, or listen to sermons, or face imprisonment if they did, what would most Christians do? There would be three responses.

Some Christians Would Abandon the Faith

Some Christians would just stop practicing Christianity. The threat of being arrested for owning a Bible, meeting with other Christians for worship, or telling other people about Jesus  would cause most Christians to simply walk away from the faith.

The law is the law, and Christianity didn’t make that much of a difference in their life anyway, so why risk imprisonment for something that can just as easily be had through the Kiwanis Club or a Bowling League?

Some Christians Would Fight

A second segment of Christianity—probably the vast majority of Christians—would fight. I don’t think it would come to violence, but they would lawyer up. Christianity, after all, requires Sunday morning church services complete with public prayer, congregational singing, and pastoral preaching.

Then there is the third segment of Christianity. These people would read the new law, shrug their shoulders, and keep doing what they have been doing all along.

This groups knows that large public gatherings in buildings on Sunday mornings for preaching and singing is not essential to following Jesus. This group recognizes that we do not need nor require the permission of governments to live like Jesus in the world. This group of Christians knows that no law has ever been written, nor ever will be written, against what it looks like when people follow Jesus.

Those who simply follow Jesus live lives of love, joy, peace, patience, kindness, goodness, faithfulness, gentleness, and self-control. Against such things there is no law (Gal 5:23).