Isaiah 53:6 and Isaiah 64:6 are quite popular among Calvinists for defending the doctrine of Total inability. Here is what they say:

All we like sheep have gone astray; We have turned, every one, to his own way; And the LORD has laid on Him the iniquity of us all (Isaiah 53:6).

But we are all like an unclean thing, And all our righteousnesses are like filthy rags; We all fade as a leaf, And our iniquities, like the wind, Have taken us away (Isaiah 64:6).

While these texts do teach that all people sin, and in fact, even the works which we believe to be righteous are viewed as filthy rags in God’s eyes, there is nothing in these texts which teach the idea of total inability.

In fact, the first verse, Isaiah 53:6, could be understood to teach the opposite.

Isaiah 53:6 Does Not Teach Total Depravity 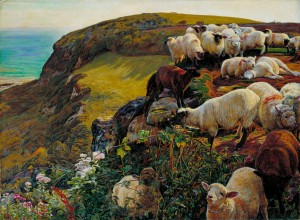 Isaiah 53:6 says that all of us have gone astray, that each of us has turned to his own way.

The Calvinistic doctrine of Total Depravity does not teach that each of us goes astray or turns away, but rather that we are born that way, that before we can even make a choice for good or evil, we are predisposed to only choose the evil.

Yet Isaiah 53:6 seems to teach that a genuine choice is made, that we choose to go astray and turn to our own way. In other words, we become this way. We grow into our sinfulness.

What about Isaiah 64:6 and Total Depravity?

Isaiah 64:6 also says that in God’s eyes, even our righteous acts are like filthy rags. Many have rightfully pointed out that the Hebrew term for “filthy rags” in this verse has been softened by our English translations. What the Hebrew really says is “menstrual cloths.” This idea would have been particularly repulsive for Jewish people living according to the Mosaic purity laws. 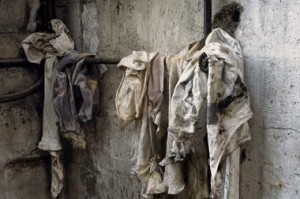 Some point to Isaiah 64:6 and say that if even the works that humans view as righteous are like menstrual cloths in God’s eyes, then how much more filthy are the normal, everyday works in God’s eyes, not to mention the sinful deeds which we ourselves view with revulsion?

But I am not sure if this is the right way of reading this text. It seems more likely that Isaiah is saying that that the righteous acts are especially filthy to God.

Righteous acts which are intended to merit God’s grace and favor are disgusting and filthy to God. His grace is given to us freely. We do not need to work to achieve, earn, keep, or prove the grace of God toward us.

Isaiah is actually contrasting what God does do for people who are truly righteous, with what God is currently doing for the Israelites as a result of their fake and feigned righteousness. For though God would meet with people who rejoice in Him and do what He desires, the people to whom Isaiah writes do not even call on God’s name or stir themselves to take hold of God (Isaiah 64:7).

Whatever righteous works they do perform is all a sham. They are going through the motions. Their heart is not in it. They are doing what they do because they think they have to and because they think it is the activity of sacrifice and singing that God wants, when in reality, God simply wants their hearts. God wants a genuine relationship with His people, not faked religious activity so that people appear righteous before others.

Isaiah 53:6 and Isaiah 64:6 are not really referring to the Total Depravity or total inability of mankind at all, but are rather teaching the important truth that while we are all sinners, the worst sin we can commit is the religious sin of performing empty and meaningless acts of righteousness which are intended to please and appease God and trying to make ourselves look holy and righteous in the eyes of others.

These verses then, and especially Isaiah 64:6, are not a blanket condemnation of all people around the world as being totally depraved, but are rather a condemnation of religious behavior that appears righteous, but is only outward and which tries to manipulate God.