In John 15:16, Jesus provides an extremely clear statement about what it means to be chosen and why certain people are chosen by God, and by Himself. Here is what He says:

You did not choose Me, but I chose you and appointed you that you should go and bear fruit, and that your fruit should remain, that whatever you ask the Father in My name He may give you (John 15:16). 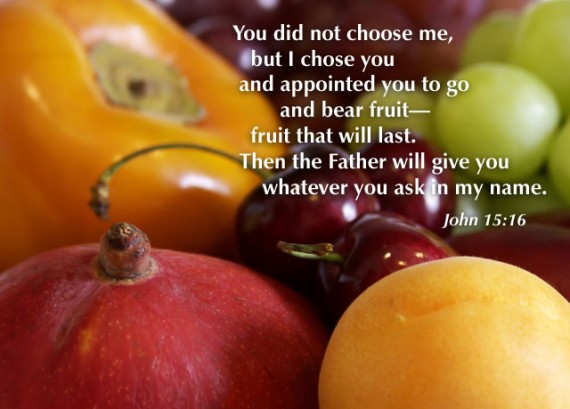 Calvinists confidently claim that this text contains an irrefutable affirmation that Unconditional Election to eternal life is by God’s sovereign choice alone. On this text, Spencer writes:

The bluntest affirmation that man does not do the choosing of God, since his depraved nature is capable of being “positive” only toward Satan, is that of Jesus … (Spencer, TULIP, 41).

Christ’s negative remark is just a forceful way of saying that although a Christian may think that he is the decisive factor in choosing Christ, the truth is that ultimately it is Christ who chose the believer. And then, after that, the believer chose Christ (Palmer, Five Points of Calvinism, 28).

Quite to the contrary, Jesus Himself clearly states what His choice entails. The problems in understanding this verse arise when only the first half is quoted. If we allow Jesus to finish His sentence, we see that He explains why He chose those whom He did. He chose He chose them so “that you should go and bear fruit” (John 15:16).

The choice of Jesus in John 15:16 is not to eternal life, but to service.

The Choice of Jesus in John 15:16 is to Service

That the choice of Jesus in John 15:16 is to service and not to eternal life is seen by comparing this text with the passages that actually describe the even where Jesus chose His apostles.

One of these is found in Mark 3:13-14, where we are told that Jesus chose twelve apostles “that they might be with Him and that He might send them out to preach.” Very clearly, these twelve were chosen to a specific task and purpose, which included proclaiming the gospel of Jesus Christ to the world.

This is how we can also understand Jesus’ statements to these same apostles in John 15:16. He is reminding them of the purpose for which they were chosen. 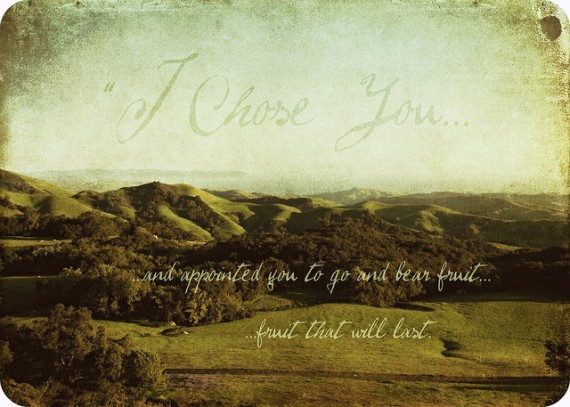 So when, in John 15:16, Jesus says, “You did not choose me, but I chose you,” He is specifically speaking to His eleven apostles and reminding them that He chose them out of the wider mass of His followers for the specific task of learning from Him so that they could do the things He did (cf. John 6:70; 14:12-14; Luke 6:12-16).

This does not mean that Jesus has only chosen these eleven to do His work, for numerous other texts in the Scripture indicate that all who believe in Jesus are chosen, or elected, by Him to have a place in helping Him advance the Kingdom of God on earth.

All Believers Are Chosen to Serve

Just as Jesus chose the eleven for this task, so also, now that the Holy Spirit has come, all believers are similarly chosen. We too, like the eleven, were not chosen to receive eternal life, but, having received eternal life by faith in Jesus, we are chosen to serve God and love others.