You are here: Home / Why the KJV is an Inspired Translation 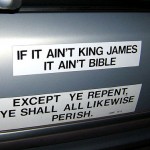 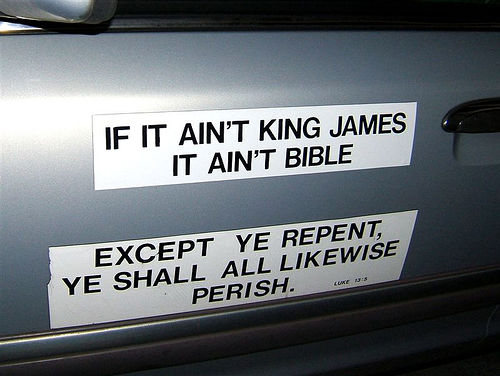 I believe the King James Version is inspired by God.

But don’t worry. I’m not a “KJV Only” lunatic (Sorry, There is no other word for it).

You see, along with the KJV, I also believe the NIV is inspired.

Oh, and also the NKJV, the NAS, the ESV, the NRSV, the NET, the NLT, and most of the other translations out there, including non-English translations. There might be some translations that are not inspired, but I haven’t found one yet.

In fact, I believe that these translations are more inspired than are the original manuscripts penned by Moses, Matthew, John, Paul, and any other Biblical author. (Be careful with what you think I’m saying…my present tense verb choice is very important.)

Are you scared yet?

Let’s step back and remember some of the things I have suggested so far in this series.

First, the traditional doctrine of inspiration, that God superintended human authors to compose Scripture without error in the words of the original manuscripts,  is not taught in Scripture.

Second, the word theopneustos in 2 Timothy 3:16, which is often translated “inspired” is defined and explained by the following word, “profitable.” If someone wants to translate theopneustos as “inspired” I don’t really have a problem with that, but I think it does not properly carry the sense of what Paul is saying, and leads to some bad theology about Scripture. A better translation might be “God-whispered” or maybe even “inspiring.” (See this posts for more on this: I Don’t Believe in the Inspiration of Scripture, Is All Scripture God-Breathed?, A New Take on 2 Timothy 3:16, Is the Doctrine of Inspiration Biblical?)

Understanding 2 Timothy 3:16 this way allows us to view the Bible as valuable and profitable right now, for all people. It is not just the original manuscripts that are “inspired.” How does that help us since we no longer have them? It is not just the Greek and Hebrew that is inspired. How does that help the average person who doesn’t know Greek and Hebrew? Are they to feel like second-class Christians because they don’t know the “inspired biblical languages”?

The traditional doctrine of inspiration has done great damage to the Body of Christ, and to our view of Scripture. It limits the divine nature of Scripture to some non-existent manuscripts, and restricts the accurate understanding of Scripture to a few scholarly elites who study Greek and Hebrew while shut away from the rest of the world, and then tell all of us who are out in the world, how wrong and ignorant we are about what the Bible really means.

I doubt God ever intended the Bible to be used in such a way.

The Proper Place of Scripture

Which is why I believe that my view of the “inspiration of Scripture” does not erode the authority of the Bible, but lifts it up. My view takes the Bible out of the hands of the powerful elite, and puts it back into the hands of the people, where it belongs.

And how does it do that?

I have argued that 2 Timothy 3:16 applies to “All Scripture,” not just the original Greek and Hebrew manuscripts, and that it has nothing to do with how Scripture was written, but has everything to do with how God speaks to us through Scripture to make it profitable, meaningful, and inspiring in our lives. 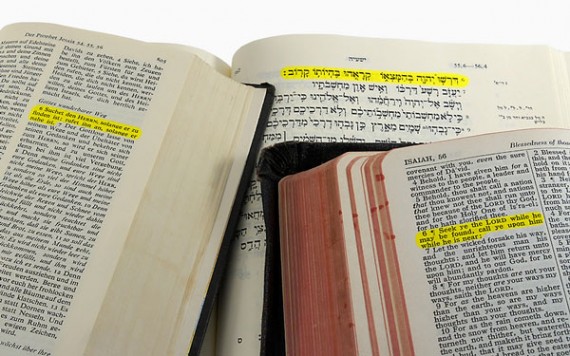 Bible translations are not “two steps removed from inspired Scripture” (as I was taught in Seminary: 1. Inspired original –> 2. Greek Copy –> 3. English Translation) but are actually a practical application of the truth Paul was presenting in 2 Timothy 3:16.

Which translations? ALL of them. Each one is helpful in its own way for helping us understand what was originally written in Scripture.  Just as a sermon, a book about the bible, or a blog can help us understand the mind and heart of God as revealed in Scripture, so also can a translation.

Do we need Greek and Hebrew scholars? Of course. But they do not necessarily “know the Scriptures” better than anyone else. It could be argued that they know Scripture less. But regardless, Bible scholars are one of the links in the chain by which God makes All Scripture inspiring and profitable for each and every one of us.

Which Bible Translation is Best?

People often ask me, “Which translation is best?” I used to respond, “The New King James.” 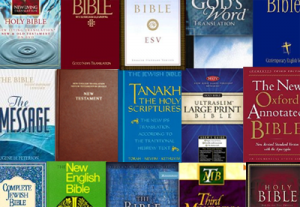 So what do you want to accomplish in your Bible reading and Bible study?

If you want to get into the deep study of Scripture, you probably should stick with the NAS and the NKJ. Ideally, Greek and Hebrew would be even better.

If, however, you want a Bible which is readable in the way that the original documents were readable to the audience at that time, I highly recommend the NLT. My wife reads the NLT and the other night as she was reading it, she said to me, “For the first time in my life, I can enjoy reading the Bible just for the sake of reading it.” She used to read the NAS because at the Bible college we attended, we were told it was “the most accurate.” But that depends on how you define “most accurate.” The NAS may be the “closest in word order and literal translation from the Greek and Hebrew” but the NAS is not written in common, every-day idiom, as were the original Greek and Hebrew manuscripts. So if you cannot read the Bible the way the original audience read it, is it really “the most accurate”? I think not.

Tomorrow I will write a post with some of the major translations, giving some of the pros and cons of each.