You are here: Home / Let the Condemned God Die

Have you ever heard someone say that God cannot be near sin? That sin cannot be in God’s presence? That the reason sinners are separated from God is because God is so holy and since we are sinners, we cannot be in the presence of God?

Sin Cannot be in God’s Presence

Doesn’t this seem strange? How is it possible that sin could have this much power over God? Can one sin really do God in? Doesn’t it seem stranger still that if this were the case, God would allow Satan into His presence (Job 1:6)? And more strange still, if God cannot even be near sin, how then did God come to earth as a human being?

No, I think that we have severely misunderstood what the Bible teaches about sin and the holiness of God. 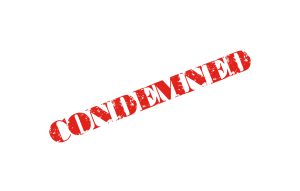 God is an eternal ocean of grace, mercy, love, and righteousness and knows that no amount of sin can diminish or overcome His holiness. Sin does not taint God, but rather, God soaks up all sin. When, in the person of Jesus Christ, God steps into the evil of the world, it does not overpower Him, but He overcomes it.

Sometimes we get this crooked view of God where He cannot be near sin because sin would somehow taint His holiness. Such a view gives sin way too much power and gives God way too little.

God is not like a pristine white couch upon which no one can sit for fear of it getting soiled. No, sin cannot be in the presence of God because whenever God draws near to sin, the raging inferno of His love and holiness washes all sin away. God can no more be tainted by sin than the ocean could be dyed red with a single drop of food coloring.

This is why God takes all sin upon Himself in Jesus and in the Old Testament.

Sin crushes, enslaves, and destroys humanity, but it vanishes away into nothingness at the smallest touch of God’s blazing holiness.

God Takes Our Sin and Guilt

This helps explain some of what I have been arguing in recent posts, that just as Jesus became sin for us (2 Cor 5:21) and took the curse and our guilt upon Himself (Gal 3:13), God took the guilt and sin of Israel upon Himself as well.

In recent posts, I have argued that God does not try to acquit Himself from guilt for the sin of the world because God knows that in a way, He is guilty.

He knows that the only reason there is sin, wickedness, and evil in the world is because He created a world where such things were possible. He created a world in which genuinely free agents could possibly do horrific things. And when they did fall into horror, though they themselves were responsible for the decisions and choices they made, God does not let Himself off the hook.

We tend to think that God created us with freedom, and then when we used that freedom to disobey God, God blames us for it.

In other words, we think that God is like Adam, who, when confronted with his sin, pointed at Eve and said, “The woman You gave me, she made me do it!” Adam blames Eve, and in so doing, blames God. But God does not play this blame game with us, even though we truly are the guilty ones. God does not look at mankind and raise up His hands in protest, saying, “Don’t look at me! I couldn’t stop you!”

No, when humanity misuses and abuses the powerful gift of creative freedom given to us by God, God does not blame us. Instead, God takes the blame Himself. God knows that because He created a world where sin, rebellion, wickedness, and evil were possibilities, He ultimately bears responsibility when sin, rebellion, wickedness, and evil occur. So God says, “Yes, I am responsible. Yes, blame me. I am at fault. I am guilty as charged.” 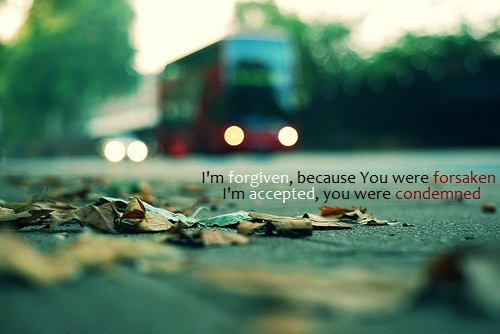 The Sentence of Death

If God takes our guilt, then what is the sentence?

There can be only one: It is a sentence of death. A gruesome death. A horrific death. A torturous death. A bloody death. It must be a punishment worthy of the crime. To compensate for the suffering of billions upon billions of lives, the eternal God must suffer an eternal death.

God, who cannot die, must die.

Much to our shock, when the sentence is handed down, God agrees! God Himself says, “Yes, the sentence pronounced upon Me is just. I will submit. I will die.” 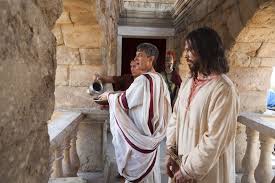 God set it up this way, and so in dying on the cross, He owns up to the fact that He is partly responsible.

People say, “It is God’s fault for creating the universe this way!” and God responds by saying, “I couldn’t have created it any other way and still enjoyed the relationship with you that I long for. And so you are right. I accept the blame. I stand guilty as charged. Here I am; administer justice. Let the condemned God die.” 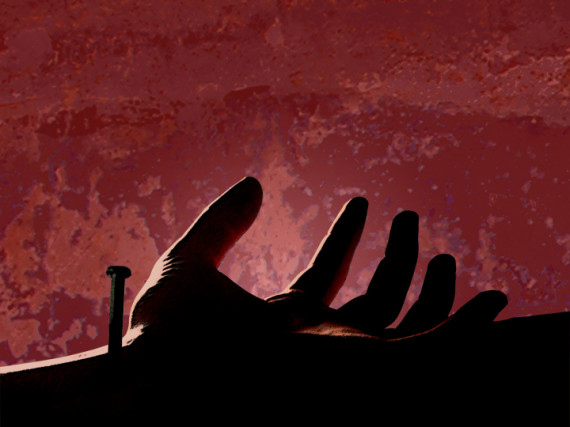