You are here: Home / Redeeming Theology / The Love and Horror of the Cross

We have come a long way in trying to explain the violence of God in the Old Testament (See the list of posts at the bottom.) I am nearly ready to offer my proposal… But there is one more piece of the puzzle to lay on the table before we start putting all the pieces together.

Jesus Became Sin for Us 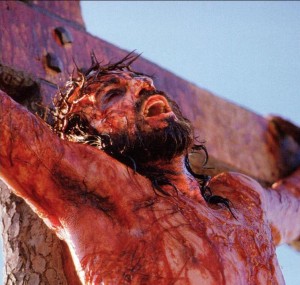 The final piece of the puzzle about how to understand the violence of God in the Old Testament in light of life, ministry, and death of Jesus Christ is found in 2 Corinthians 5:21.

In this text we read that Jesus became sin for us. Paul writes that God made Jesus “who knew no sin to be sin for us.” We must not try to soften the implications or significance of what Paul writes.

It is not just that Jesus took our sin upon Himself on the cross. No, He became sin.

He took His righteousness and swapped it with our sinfulness. Every sin we have ever committed was not just “credited” to the account of Jesus, but He was actually made to be that sin!

The horror of this must not be missed. But neither should the love.

The horror and the love of what Jesus did on the cross helps us understand what God was doing in the Old Testament. I will explain in future posts.

But this post will simply relate a dream I had as a boy which I think shows both the horror and the love of the cross.

A Dream About the Love and Horror of the Cross

When I was about ten years old, I had a nightmare about Jesus dying the cross. I vividly remember seeing His broken and bleeding body hanging upon the cross. As I watched, I noticed a few black ants coming up out of the ground and climbing up the cross toward Jesus. As they climbed, more and more ants swarmed up out of the ground so that by the time the first few ants had reached the bloody feet of Jesus, all the ground around the cross and the lower portion of the beam was a roiling mass of blackness. This swarm of ants scurried up the cross and over the body of Jesus. 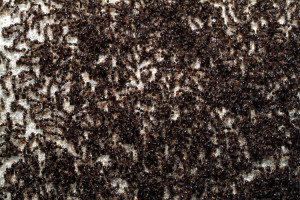 I could tell by the way Jesus twitched and squirmed that the ants were not just climbing over His body, but were biting Him as well. I was surprised that Jesus did not cry out in pain, but I knew that if He did, they would enter His mouth and eat Him alive from the inside out. As soon as I had this horrifying thought, Jesus looked me in the eyes and then opened His mouth wide. As expected, the mass of ants swarmed in and they ate Jesus alive. Soon, there was nothing left of Jesus, only a black mass of ants.

I woke trembling, with tears in my eyes.

I knew, of course, what the ants were. They were my sins. Each tiny ant represented one of my sins. And there were millions upon millions of them. At first I thought that there was no way all those sins were mine; they had to have been the sins of the whole world. But that look from Jesus told the whole story. They were my sins, and mine alone. There were so many, they were beyond counting, but He took them all on, every single one.

And I knew that this is what He had done for the entire world, for each and every person.

Most surprisingly, however, I felt no accusation from Jesus. No anger. No condemnation.

Strangely, and most vividly of all, there was not even a sense that He wanted me to try to sin less. When He looked me in the eyes, it was as if He said, “Look at me. I am already covered with millions upon millions of biting black ants. What difference will ten more or ten less really make? If you want to stop sinning, it is for your benefit, not mine. No matter how much you sin, I will take it all on. And whether you sin or don’t sin, I will continue to love you just the same.”

I have often thought about that dream. But recently, as I have sought to view God in light of what Jesus tells us about Him, I have begun to see that the dream not only reflects what Jesus did for all people on the cross, but also reflects what God has always been doing for the sins of the whole world.