You are here: Home / Is it more blessed to give than to receive? Says who? 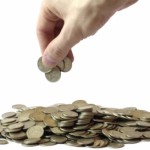 How often have you heard a sermon about tithing based on Acts 20:35: “It is more blessed to give than to receive”?

This is another example of a text ripped horribly out of context. 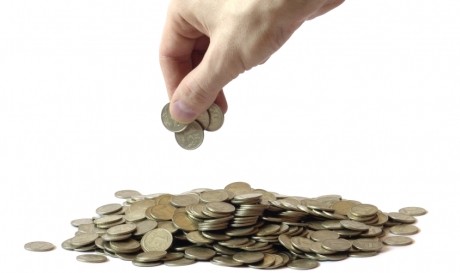 In the passage, Paul is providing instructions to a group of elders from Ephesus. In the preceding verses, (Acts 20:33-34), Paul reminds them that he has not been paid with gold and silver, or even with clothing, but has provided for his own needs, as well as those who travelled with him. He did this so that he and his companions would not have to accept payment from anybody in Ephesus.

Paul Provided for his own Needs

From statements Paul makes elsewhere, this seems to be his normal approach to ministry. He made tents for a living, to provide for his needs while he traveled and taught in the churches (cf. Acts 18:1-3; Php 4:14-16). And notice again that in verse 34, Paul not only provided for his own needs, but also for the needs of those who travelled with him! Though we often hear of “Tentmaking pastors,” I have yet to hear of one who not only provides for himself, but also for the other members on his team!

After his description of his own ministry, Paul instructs the Ephesian elders to follow his example. He tells them that they also should labor with their hands as he has, so that they can support the weak (Acts 20:35). While some believe that the weak are those who do not understand why an elder should get paid to teach the Scriptures, it is also likely that the weak are those who are unable to provide for themselves.

By working with their hands, the elders can not only provide for their own needs without depending on the financial support of others, but also help provide for the physical needs of those who are unable to work, people like orphans, widows, and the sick, or even those who minister with them, but who are not able to work.

Who Gives to Whom?

A proper understanding of the context reveals that pastors cannot use this verse to encourage greater generosity in tithing, but instead, the pastor should give sacrificially from his own income to help the poor and needy in the church, as well as those who partner with him in the ministry.

So ironically, the very passage that pastors use to encourage their people to give, is actually saying that he himself should be the one to give. When pastors preach “It is more blessed to give then to receive” the people in the pews should stand up and shout, “You first!” for that is the instruction Paul is providing in Acts 20:35.