You are here: Home / How Peter Used the Keys of the Kingdom

Jesus gave the keys of the kingdom of heaven to Peter so that Peter could unlock the gates of hell and set the captives free.

But did Peter ever use them? Yes, he used them in three places in the Book of Acts. 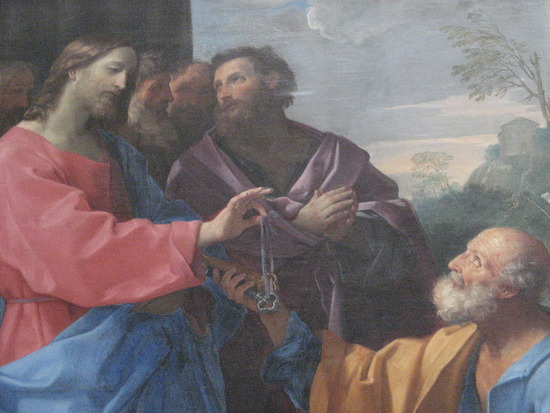 The Question of the Kingdom

The book of Acts begins with the disciples asking if Jesus was now going to restore the kingdom (Acts 1:6).

Jesus answers in Acts 1:7-8. Most people think that Jesus basically says, “I’m not going to tell you because that is the wrong question, and here is what I want you to do instead.” But this is not what Jesus was saying. Instead, He was explaining that while He couldn’t tell them exact times and dates, He did know what it would look like when it came: they would receive power when the Holy Spirit came upon them, and they would be His witnesses in Jerusalem, Judea, Samaria, and to the rest of the world (Acts 1:8).

Scholars have often noted that this is the outline of the book, as the good news about Jesus begins in Jerusalem in Acts 2, and then spreads out to Judea, Samaria, and eventually to the rest of the known world. But what is less often noted is the role Peter plays in this spread of the Gospel, especially in connection with the statement of Jesus in Matthew 16:19.

Opening the Kingdom to the Jews

In Acts 2, it is Peter who explains to the Jews that their King Jesus is on the throne, and that in Him and in all who believe in Him, the Kingdom of Heaven has arrived (cf. Acts 2:30-36). Peter explains in his sermon that the coming of the Holy Spirit indicates that the rule of God on earth had arrived (Acts 2:17-21). Peter indicates later that he knows this message will be spread further, to those who are afar off, to whomever God may call (2:39). In the next several chapters, the message continues to spread, and the newborn church faces some initial growth pains.

Opening the Kingdom to the Samaritans

In Acts 8, Philip, one of the early church leaders, preaches the gospel to the Samaritans, and, right in line with the statement from Jesus about the church storming the gates of hell, unclean spirits are cast out of people, and the lame are healed (8:7).

When the apostles in Jerusalem hear about this, they send Peter and John to Samaria. Why? To use the keys of the kingdom to open the gates of hell which imprison the Samaritans. This is exactly what Peter does in Acts 8:17 with the laying on of hands so that the Samaritans also receive the gift of the Holy Spirit.

Opening the Kingdom to the Gentiles 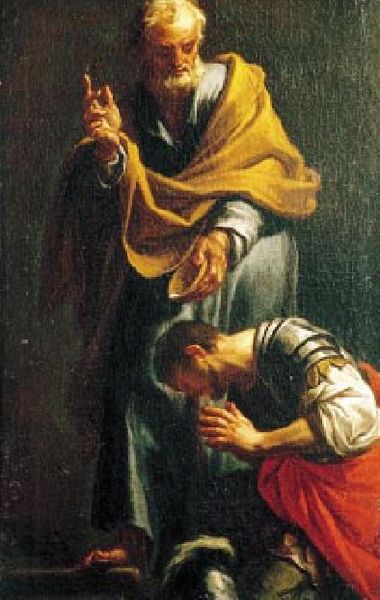 Finally, Peter opens the door to the Gentiles in Acts 10:24-48. A Gentile named Cornelius summons Peter, and after Peter explains the gospel to him and his family, they believe, and the Holy Spirit comes upon them all, just as it did with the Jews and with the Samaritans. After this, Peter’s role in the book of Acts fades, to the point where he is not even mentioned again after Acts 15. He had fulfilled his task. He had opened the doors the kingdom so that now the gospel could be preached to all people, so that everyone who believe in Jesus for eternal life and seeks to follow His ways can help the kingdom of heaven spread upon the earth, just as it is in heaven.

We Cannot use Matthew 16:19 to Judge Others

In case you forgot, we were trying to see if Christians could use Matthew 16:19 to justify our behavior of condemning others (see posts: Locking Heaven’s Doors, Keys to the Kingdom). The answer is clearly “No.”

In Matthew 16:19, Jesus was not abrogating to Peter or to the church His authority to judge others. This authority continues to rest with Jesus alone.