You are here: Home / A Proposal about the Violence of God in the Old Testament

Okay … after a nearly six month break, I am finally starting back up on my series about the violence of God in the Old Testament. Although, … it wasn’t really a break. I was madly reading, writing, and researching that whole time … and now I think I am ready to begin again. 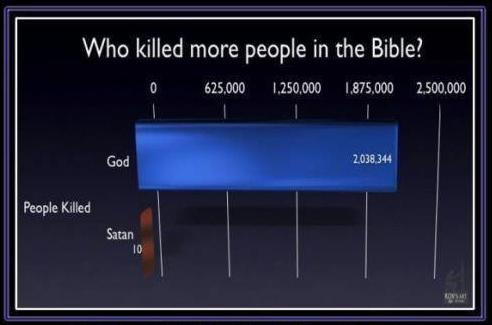 (Note: These number above don’t count the flood. Some estimate this might add anywhere between 20 million to 6 billion people to that tally.)

Since there are many new readers on this blog, and since probably everyone who has been here longer than a year has forgotten the basic argument I am trying to present, I figured I would spend one post summarizing my view and inviting people to go back and read some of what I have written previously only this topic.

Eventually, of course, these posts will make it into a book, although at this time, it looks like it will more likely be books. A normal 200 page book has about 60,000 words. So far, I have written 120,000 words on this book, and I figure I am about half-way done. Sigh.

So, either I need to cut out about 75% of what I will finally end up with, or I will have to turn this one project into three or four books. Maybe I can get it down to two.

Anyway, here is a brief introduction/summary to what I am trying to show from Scripture:

If Jesus truly and fully reveals God to us, and there is no violence in Jesus, then neither is there any violence in God. 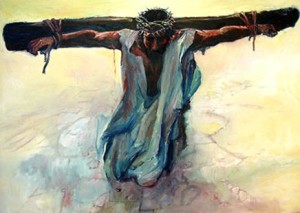 At times God appears violent, not because He is violent, but because, just as Jesus on the cross took the sin of the world upon Himself, so also God in human history, took the violence of humanity upon Himself.

For the same reason Jesus went to the cross: to rescue humanity from the devastating consequences of their actions.

Such an idea might seem scandalous to most Christians today, but this idea is no more scandalous to us than the idea to the first century Jewish person of the Messiah dying on a cross.

If this is the  first post you have read on this blog about this topic, then my proposal might come as quite a shock to you. Or maybe what I have said doesn’t make any sense. Or maybe you shrugged your shoulders and said, “Yeah? That’s what I’ve always believed.”

Whatever your reaction might be, if you want to learn more, here are some posts to get you started:

Over the next two weeks, I will be publishing several more posts which attempt to unfold and explain this proposal in various ways. After that, we will dive once more into several of the violent texts of Scripture to see how the violent portrayals of God in Scripture look just like Jesus on the cross.