I am sure you have heard about Mark Driscoll and his recent resignation from Mars Hill in Seattle.

This post is not really about Mark Driscoll, but about how his resignation is a symptom of a wider problem in Western Christianity.

As much as I never really cared for Mark’s preaching, approach to ministry, or theology, I always felt a bit sorry for him. He was another victim of the corporate, celebrity-style Christendom that operates under the word “church” in most of the western world. 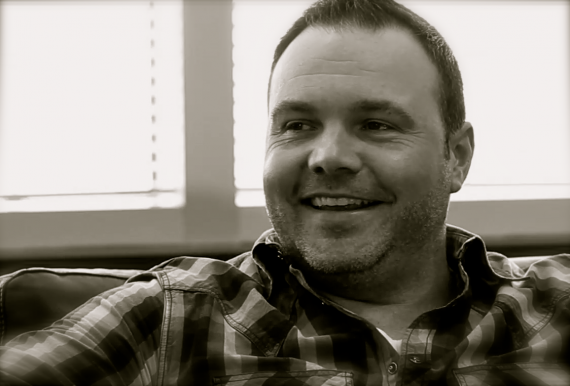 About ten years ago I listened to a sermon by Mark Driscoll in which he publicly stated his desire for Mars Hill to become the largest church in the United States. It had already been recognized at that time as the fastest growing church, and he wanted to leverage that growth into the largest congregation. Yet according to recent news releases, by January 1, 2015, Mars Hill will be no more.

I think people around the world are finally starting to wake up to the fact that when it comes to church, bigger is not always better. Of course, this doesn’t mean that smaller is better either.

Church is not about “how many” at all. It is not even about “how.”

In a culture which says “It’s all about you,” we need to reawaken to the fact that Church is all about “who.”

Who is the church about?

Jesus! He is the sole head.

Who is the church about?

People meeting together for friendship and fellowship.

Lots of people point to the description of “two or three” in Matthew 18 as the minimum requirement for church. I personally don’t think this text has anything to do with how many people are needed to “do” church, for church is not actually something we do, but is something we are.

It is best to think of church as you think of family.

Do you ever talk about going to “family”? Of course not. You are a family.

Do you ever plan regular family events? Well, sometimes. But these are rarely set in stone for all time, and you never assume that what you do in your family is what all families everywhere should be doing as well.

How did I get onto this topic after beginning with a discussion about reconciliation and redemption of abusive leaders?

For Mark Driscoll, I hope that he does not enter into another form of Christian leadership any time soon. It’s not because he is disqualified. Far from it! He might be more qualified now then ever before. It is just that modern Christian forms of “leadership” look nothing like the leadership modeled by Jesus.

For all the fans of Mark Driscoll, I hope that rather than simply turn to another celebrity pastor or mega-gathering for their weekly fix of preaching, they see that Jesus Himself wants to lead them into the biggest adventure of a lifetime.

And as for all the critics of Mark Driscoll, I hope there is absolutely no gloating whatsoever. What happened to Mark Driscoll and Mars Hill is extremely sad, and anyone who gloats is in danger of the exact same problem.

Ultimately, I hope that western Christianity in general learns from what happened to Mark Driscoll and Mars Hill.

The problem is not the church leaders. Church leaders are some of the victims of a church structure that functions as God never intended.

So let’s abandon our power structures, our titles, our positions, our platforms, our offering plates, and even our buildings and campuses.

This post was part of the November 2014 Synchroblog. Here are the other contributors: