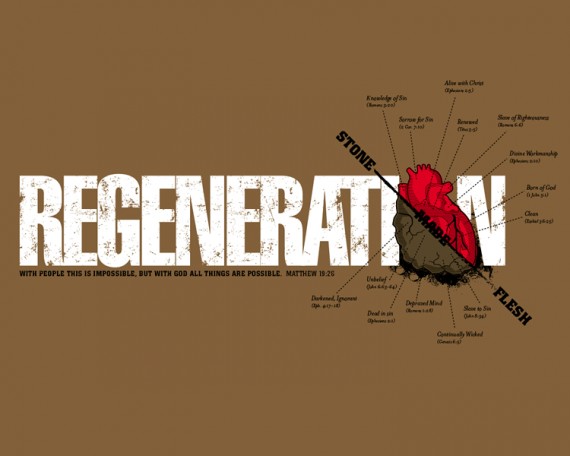 The final theological ramification of Total Depravity is the idea that regeneration precedes faith.

As stated in earlier posts, the idea that regeneration precedes faith is the necessary result of the logic of Total Depravity. If people are totally depraved, dead in sin, and have no free will to believe in Jesus for eternal life, then God must give them the faith so that they can believe.

But this gift of faith could not be received by someone unless they were first regenerated by God. So the Calvinist argues that regeneration precedes faith.

And while we cannot disagree that this is the logical result of consistent Calvinism, it is exactly this logical result which shows one and for all that Total Depravity is not taught in Scripture.

When forced to choose between the logical result of a theological position or the clear teaching of Scripture, we must choose Scripture every time.

And of course, if faith precedes regeneration, as Scripture states, then this also calls into question the theological premises which led up to this idea, namely, that people are unable to believe and so God must give them the gift of faith.

The Bible teaches that people are able to believe. Faith therefore, is not a work, is not a gift, and results in regeneration, just as Scripture says.

One caveat, of course, is that although regeneration follows faith, faith is preceded by revelation.

Without revelation, there would be no faith. Faith is a response to the multi-faceted revelation of God.

This was discussed in numerous previous posts (see the link list below), and so nothing more needs to be said here.

Some point to Acts 16:14 as evidence that God regenerates people before they can believe. In this text, Paul and Silas met a woman named Lydia on the banks of a river outside of town, and as they explain the gospel message to her, the text says that “the Lord opened her heart to heed the things spoken by Paul.”

We will talk about this text more in the future posts on Irresistible Grace, but for now, it is enough to note that the phrase “opened her heart” is an idiomatic way of saying “helped her understand.” Acts 16:14 is not talking about God regenerating an unbeliever so that she can believe, nor is there any mention anywhere about God giving her the gift of faith. Instead, Acts 16:14 is a verse which shows the illuminating work of the Holy Spirit in the lives of other people.

John 3 is one of the many texts which clearly reveals that regeneration follows faith.

In speaking to Nicodemus, Jesus talks about being born again, and being born of water and spirit (John 3:3, 5). When Nicodemus asks how he can enter again into his mother’s womb to be born a second time (John 3:4, 9), Jesus states that anyone who believes in Him will have everlasting life (John 3:15-16).

According to Jesus, believing in Him has the result of receiving regeneration unto eternal life.