You are here: Home / Reveling in Pagan Holidays

Most Christians want to stay as far away from Pagan holidays as they can, thinking that participating in pagan holidays is participation with the world. They believe that instead, we should only participate in Christian holidays like Easter and Christmas.

Ironically, Christmas and Easter are two of the biggest Pagan holidays that exist. 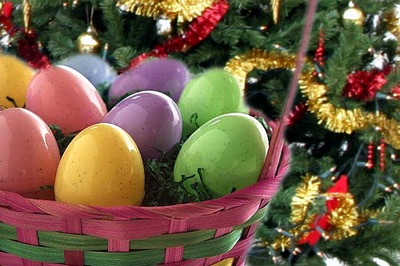 I don’t mean that they have become Pagan, and we must “put Christ back into Christmas” to retake the holiday for Jesus. No, I mean that they were originally Pagan holidays, which became Christian holidays. Yes, in some ways they are becoming pagan again, but this is no reason to be scared of them, but to revel in them all the more.

Why? Here is why:

And the only “religion” in the world which does the best job of taking all these longings, dreams, desires, and ideas, and bringing them to fruition and fulfillment, is Christianity. Let me rephrase that. Not Christianity, but Christ.

Nearly all of the old pagan stories hint at the gods returning to earth, becoming human, sharing life on earth with us, and some of them even loving humans so much that they sacrifice themselves for us.

Does any of that sound familiar? Of course. All of these stories sound strikingly similar to what happened within Jesus Christ. This is one reason why critics say that the Gospels are not true. They say that the Gospel stories are just rehashed pagan myths, where some of the details and the names of the characters are changed.

I couldn’t disagree more. There is too much historical evidence for the reliability of the Gospels. So how do we explain the similarities between the Gospel accounts and the pagan myths?

I mean, we believe that God can reveal Himself through nature, and through conscience, and through other forms of revelation. Why not also through creative stories that were planted in the minds and hearts of men and women all over the earth? Wouldn’t this be one more way to help prepare people to hear the Gospel? When they heard the true account of how Jesus Christ came to earth, they would experience that “Ah-ha!” moment of hearing a story that fills the missing pieces in the longings and desires of their hearts.

So Why Isn’t Paganism True?

But if what I am suggesting is true, that God has revealed His plan prophetically through the myths and tales of paganism, why can’t we all be pagans, and how do we know that Christianity is not just another pagan myth?

Well, there is a problem with the Pagan myths. Most of the gods and deities do not really love mankind, but toy with humanity for their own amusement. They are self-serving, devious, game-playing deities, who are benevolent on one day, and malevolent the next.

Humans have never liked the idea that a god who loves me one day, may be out to destroy me the next. And why do the gods change? Nobody really knows, but numerous theories and ideas are proposed which sometimes seem to appease the gods and make them love us again. Maybe we have to give him some fruit, or a chicken, or a cow, or in really dire situations, one of our own children.

But it is here that Christianity takes a different route, and comes up with an idea that no man could ever invent. Christianity teaches an idea that could have come only from God, for it is found in no other religion, and even still, is so hard to grasp that most people within Christianity do not even believe it.

In Christianity, and Christianity alone, all these negative elements of pagan mythology are stripped away, and we are told that God loves us so much, that He does not want us to sacrifice our own children, but instead, He will sacrifice His own Son for us. And this isn’t necessary because He is angry at us, but because we have rebelled against Him. We have done everything wrong, and we have turned away from Him, and we have gone to war with Him, yet rather than make us claw our way back to Him and grovel before Him, begging for his forgiveness, He comes running after us, seeking to restore the friendship with us that He lost when we left.

It would be appallingly shameful, if it weren’t so shockingly loving.

And what does Christianity call this shocking love of God?

There is no concept like it in any other religion. It is grace and grace alone that sets Christianity apart from every other system of belief.

And I’m not referring to some weak-kneed grace of contemporary Christianity where we teach that God has done His part, and so we must do ours. No, God has done it all. Nor do I mean some half-hearted concept of grace where we must prove our acceptance of it by showing God that we are worthy of it. No, what part of “God has done it all” do we not understand?

It is grace from first to last.

People are uncomfortable with the idea of pagan myths prophetically pointing to Jesus Christ. But I’m not sure why.

Can nature point people to Jesus? Of course. Can our conscience? Absolutely? How about art and music? Sure. What about stories? Why not? Especially when they reflect what we have seen in nature and felt in our conscience.

And what else are pagan myths except an attempt to explain in story form what has been observed in nature and felt in our conscience? They are nothing if they are not that.

And so why should we be amazed that Jesus fulfills these stories?

But so that you may know that the Son of Man has power to redeem both stories and days, just look at yourself. If you have risen from your mat of pagan sin and death, then the core of paganism (you and me) has already been redeemed! If Jesus Christ can redeem us, then certainly He can redeem our past, our present, our future, our mistakes, our holidays, and our stories. 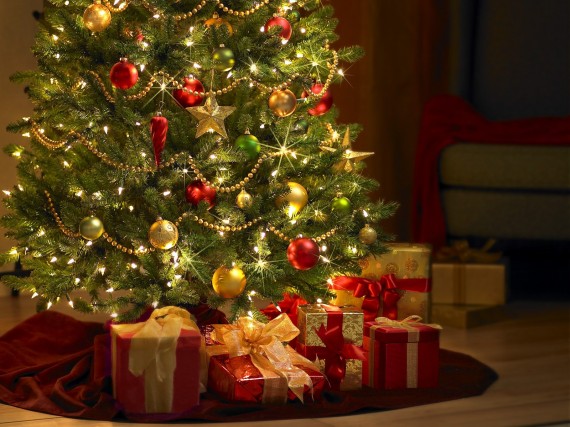 So this Christmas season, revel in the exchanging of gifts, the decorated trees, the lights and glitter, the songs and poinsettia. None of this has anything to do with the Jesus of the Gospels. It all has pagan roots. But thank God, I have pagan roots too! And so I revel in the paganess of it all. And just as God has made me into a new creation, so also I take the pagan traditions of Christmas, and rethink, reimagine, rework, and recreate them all to point to the person and work of Jesus Christ. In this way, they are brought out of the dominion of darkness and into the kingdom of light of the Son of God.