You are here: Home / Redeeming Theology / Sinners in the Hands of an Angry God 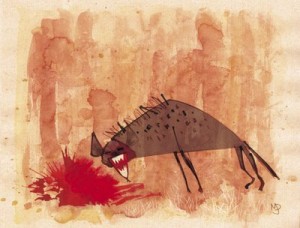 In 1850, Alfred Lord Tennyson wrote a poem called “In Memorium A.H.H” in which he said that man:

…Trusted God was love indeed,
And love Creation’s final law;
Tho’ Nature, red in tooth and claw,
With ravine, shriek’d against his creed.

In other words, people believe God is love, and also claim that nature reveals the character of God to us. But nature is full of death and blood, which contradicts the idea that God is love. So which is right? What is God like? Is nature right, or is Scripture?

Of course, if we are honest, nature is an inconsistent witness… and so is Scripture. Nature has just as much beauty, order, love, and wonder as it does death, blood, suffering, and murder, and Scripture has hundreds of dark and disturbing passages which seems to paint a different picture of God than we read about in the Gospels or in 1 John 4:8.

So what is God like? How can we know Him? 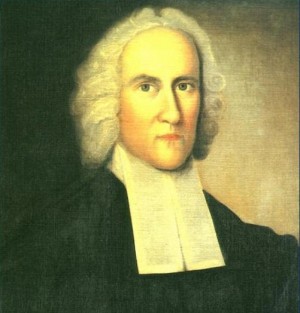 Theologians have tried to answer this question for thousands of years. In recent years, the emphasis on “God is Love” has made a comeback, but it has not always been the prominent view. In the past (and still in many churches today), some have sided with bloody nature and the stormy texts of Scripture and portrayed God has a God of wrath, judgment, vengeance, hate, and death. Just look at some of what was said in one of the most famous sermons ever preached in the United States:

Your wickedness makes you as it were heavy as lead, and to tend downwards with great weight and pressure towards hell; and if God should let you go, you would immediately sink and swiftly descend and plunge into the bottomless gulf, and your healthy constitution, and your own care and prudence, and best contrivance, and all your righteousness, would have no more influence to uphold you and keep you out of hell, than a spider’s web would have to stop a fallen rock. Were it not for the sovereign pleasure of God, the earth would not bear you one moment; for you are a burden to it; the creation groans with you; the creature is made subject to the bondage of your corruption, not willingly; the sun does not willingly shine upon you to give you light to serve sin and Satan; the earth does not willingly yield her increase to satisfy your lusts; nor is it willingly a stage for your wickedness to be acted upon; the air does not willingly serve you for breath to maintain the flame of life in your vitals, while you spend your life in the service of God’s enemies. God’s creatures are good, and were made for men to serve God with, and do not willingly subserve to any other purpose, and groan when they are abused to purposes so directly contrary to their nature and end. And the world would spew you out, were it not for the sovereign hand of him who hath subjected it in hope. There are black clouds of God’s wrath now hanging directly over your heads, full of the dreadful storm, and big with thunder; and were it not for the restraining hand of God, it would immediately burst forth upon you. The sovereign pleasure of God, for the present, stays his rough wind; otherwise it would come with fury, and your destruction would come like a whirlwind, and you would be like the chaff of the summer threshing floor.

The God that holds you over the pit of hell, much as one holds a spider, or some loathsome insect over the fire, abhors you, and is dreadfully provoked: his wrath towards you burns like fire; he looks upon you as worthy of nothing else, but to be cast into the fire; he is of purer eyes than to bear to have you in his sight; you are ten thousand times more abominable in his eyes, than the most hateful venomous serpent is in ours. You have offended him infinitely more than ever a stubborn rebel did his prince; and yet it is nothing but his hand that holds you from falling into the fire every moment. It is to be ascribed to nothing else, that you did not go to hell the last night; that you were suffered to awake again in this world, after you closed your eyes to sleep. And there is no other reason to be given, why you have not dropped into hell since you arose in the morning, but that God’s hand has held you up. There is no other reason to be given why you have not gone to hell, since you have sat here in the house of God, provoking his pure eyes by your sinful wicked manner of attending his solemn worship. Yea, there is nothing else that is to be given as a reason why you do not this very moment drop down into hell.

This comes from Jonathan Edward’s famous sermons, “Sinners in the Hands of an Angry God.” It is said that he read this sermon dispassionately, in a monotone voice, which only heightened the sense of shock and horror at the God he was portraying. When people heard him describe God in such a fashion, many fell to the floor, weeping, wailing, and crying out in terror for their very lives. It was considered to be a great “revival sermon.”

I am shocked by this sermon as well, but for completely different reasons. Jonathan Edwards is widely considered to be America’s greatest theologian, which I find terribly disturbing. Who could heap such praise him upon for ideas such as this? (See what Edwards thought about children.) It seems from such statements that Edwards knew not God, nor Jesus Christ who has revealed the Father to us (John 14:9; Col 1:15).

But I must pause. People say that Edwards was a child of his time, and that he was simply presenting a view of God which was common in his day. So also, it is fashionable today to present God as a loving person, who wants to be our friend, overlook our sins, and hang out with us as we watch TV. Just as the “God of wrath” was popular in Edward’s day, so also, the “God of Love” is in vogue today. Are we just as much children of our age as Edwards was of his?

So we come back around to the age-old question: 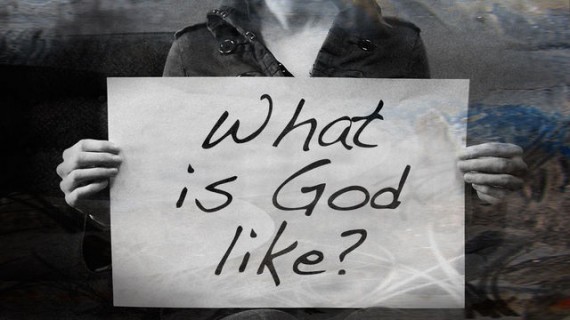 What is God like? How can we really know?

Which elements of nature truly reveal God, and which do not? Which Scripture passages get “trump-card” status? Does the statement that “God is Love” in 1 John 4:8 win out over Psalm 137:9 which announces a divine blessing on people who smash Babylonian babies against rocks?

These are hard questions. But harder still to answer. And Scripture, as it turns out, is less helpful than we would like.

But that is because we are not the only ones to ask these questions. The people who lived in Bible times were asking them too. They also wanted to know what God was like. The nature of God has always been a great debate. And the authors of Scripture are like the moderators in this debate. They do not often give the clear answers that we seek, but they do help frame the questions in ways that lead us toward the truth. Often, their thoughtful questions are hidden in stories, poems, and parables, but the questions are there. The authors of Scripture do not always speak with one voice, but this is because they are presenting the question of the character of God in different ways. Sometimes, the accounts seem contradictory and confusing; even scary.

One of the accounts in the Hebrew Scriptures which does a masterful job of portraying this age-old question about the nature and character of God is the book of Jonah. All sides of God are presented in this little book. The God of wrath, anger, punishment, and retribution gives way to the God of religiosity and institutional requirements. Then the God who plays games with mortal humans makes an appearance by giving gifts only to take them away. He seems to enjoy watching humans suffer and squirm, while under His amused gaze He turns up the pressure and the heat. The God of mercy, forgiveness, patience, kindness, and love also makes an appearance, and He is the last one on the stage. And in the closing scene of this book, He essentially asks the question, “What am I like?” And that is how the book ends. It ends with a question that is left unanswered.

Why was it left unanswered? Because in the days of Jonah, the jury was still out. And no human being could ever come up with a definitive answer—not even an inspired author of Scripture.

Which is why God sent His Son.

My belief is that Jesus is the ultimate answer to the question of God. One of the primary reasons Jesus came was to reveal the Father to us. To help us finally answer the question, “What is God like?” Of course, even with Jesus, the answer is not always what we want or what we expect. There are times in the Gospels when the disciples are more terrified by Jesus after He reveals God to them than they were before.

One of these times is after Jesus calms a storm in Mark 4. In a storm that is eerily similar to the storm of Jonah 1, the disciples fear for their lives, but Jesus is asleep. In a panic, they wake Jesus up, and with a word, He calms the storm. As a result, Mark 4:41 says that the disciples became exceedingly afraid.

If Jesus is any guide, we are not sinners in the hands of an angry God, but are children facing the wrath of angry sin.

If Jesus is any guide, God has not left us alone in the storm of life to weather them as best we can.

Instead, in the person and work of Jesus Christ, God stepped into the storm and has borne the brunt of it on Himself. He calmed the storm with a Word, and that Word is Jesus.