You are here: Home / Straight to the Pastor’s Pocket 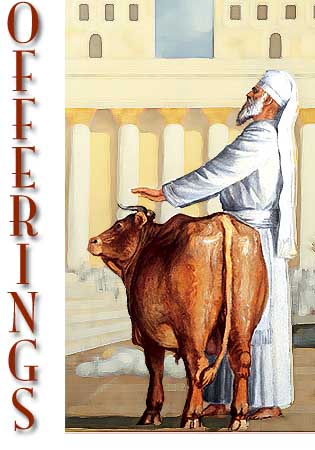 Part of the purpose of the sacrificial system in the Hebrew Scriptures was to provide for the priests when they had no other means of providing for themselves. As I have indicated previously, many of them had “jobs” in their home towns, which provided food and clothing for themselves and their families, but when they went to serve in the Temple for two weeks a year, part of the meat of the sacrifices went to feed the priests.

In other words, the sacrificial system was partially intended to meet the physical needs of others who would have gone hungry otherwise.

Yet historians and archaeologists tell us that in the days of Jesus, the Temple Priesthood had come to own acres and acres of wheat fields. And since the wheat from these fields was consecrated and holy to the Lord, the priests hoarded it all for themselves and for the other temple workers. The average person was not holy enough to eat it. Furthermore, due to a complex system of money-changing, sacrificial inspection policies, and heavy taxation by the Temple (called a Tithe), some of the priests in the days of Jesus had become quite wealthy. Furthermore, they had leveraged the religious laws to make themselves even more rich by requiring ever-increasing tithes and offerings from the people.

The situation had reversed, but the laws had not, and so the Priests continued to use the laws to their own advantage, at the expense of other people. When the poor and hungry came and brought their tithes and offerings, while the rich religious rulers took it all, and gave nothing but a blessing and a prayer in return.

This is why it is so important to understand the historical and cultural background of any text in Scripture, and especially the original intent of the various laws, because if we fail to understand or recognize these background issues, it is possible that in trying to obey a law, we are actually doing the exact opposite of what God originally intended by that law.

One of the principles I am trying to develop as I read and study Scripture is to recognize that is not so much the words of the text that matter, but the Spirit in the text. As cultures and situations change, laws must change too, or else the laws accomplish the opposite of what was originally intended.

Part of the spirit of the law about offerings and sacrifices was to provide for those who were hungry and in need. Often, in the days of Moses, the Prophets, and the Kings, this was the priests, especially those who served in the Temple. God gave a law to help meet their needs.

But later, as things changed, the Priestly class became rich, and religion had become “big business” the priest no longer needed the sacrificial system to provide for their needs, and in keeping with the spirit of the law, should have used the sacrificial system to help provide for the needs of the poor and needy in the community. They should have opened their storehouses, and started giving their bread and meat away.

Does any of this have any application for religious leaders today? Sure. Maybe not for every pastor who is out there, as many are not getting paid very well at all, but there are many more who are living quite well, and are using misused and abused passages from Scripture to justify their lifestyle, and to guilt more and more needy people into giving sacrificially from their income. Giving sacrificially is good, but not if it goes to line the pockets of the Senior Pastor.