You are here: Home / z / A Brief Summary of Calvinism

Some say that John Calvin was not a Calvinist.

In some regards, this is probably true. There are one or two points of Calvinism which John Calvin is less than clear about in his writings. In some places, he seems to say one thing, and in other places, he says the opposite. This is not too surprising, especially for someone who wrote as voluminously as did John Calvin.

But the real reason we can say that John Calvin was truly not a Calvinist is because he himself did not develop the system of theology which bears his name. 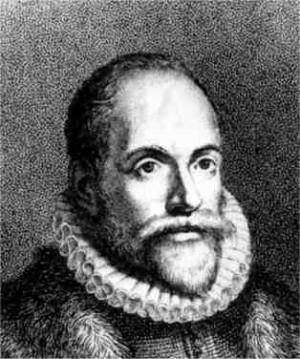 Several years after John Calvin died in 1564 (click here to see a brief history of John Calvin), a man named Jacobus Arminius traveled to Geneva to study under Theodore Beza, who was Calvin’s successor.

After Arminius completed his studies in 1587, he moved to Amsterdam to pastor a church there. As he as preaching through Romans in the years that followed, he developed several points of disagreement with the theology of John Calvin. In fact, it was actually in seeking to defend the teachings of Calvin against some detractors that led Arminius to have doubts of his own. So just as Luther and Calvin had sought to reform the church of their day, Arminius sought to reform Calvinism.

The Five Articles of Remonstrance

After Jacobus Arminius died in 1609, some of his followers put together a document called “The Five Articles of Remonstrance.” In much the same way that Martin Luther had posted his 95 Theses on the church door in Wittenberg on October 31, 1517, for the purpose of stating his objections to the abuses he saw within the Roman Catholic Church and inviting church leaders to gather and discuss these items, so also, the Five Articles of Remonstrance were an invitation by the followers of Arminius to the followers of Calvin to gather for the purpose of discussing these issues.

The Canons of Dort and TULIP

Instead, the followers of John Calvin met in Dordrecht, Netherlands from 1618 to 1619 and crafted what has become known as the Canons of Dort. This consisted of a point-by-point refutation and condemnation of the Five Articles of Remonstrance.

The five Canons of Dort are often summarized today by the acrostic TULIP:

A Summary of TULIP

TULIP Calvinism begins with the idea that mankind is completely sinful and cannot do anything to contribute to his salvation (Total Depravity).

As a result, we are totally dependent upon God to initiate salvation for us, which He did in eternity past by choosing to save some, without any condition or merit on the part of those whom He chose (Unconditional Election).

Those whom God has chosen, and for whom Christ died, will be irresistibly drawn by God’s grace into God’s family (Irresistible Grace).

Since God’s will cannot be thwarted, none whom God has chosen, for whom Christ died, and whom were drawn and transformed by God’s grace, can ultimately be lost. They will all be glorified. Due to this gift of grace in their life, all who are delivered by God’s grace in this fashion will give evidence to it by living a life of perseverance in faith and good works (Perseverance of the Saints).

A Sixth Point of Calvinism?

The so-called sixth point of Calvinism, which of course is not mentioned in the five points above, but which undergirds them all, is the Sovereignty of God. One can see that God’s complete control over all things is behind each of the five points. 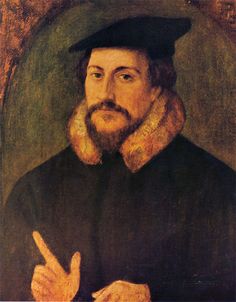 God must be in control, and God must accomplish everything, from first to last, if humans are to have any hope of salvation, and if God is to be certain of defeating sin, death, and the devil in the ultimate end.

Not all Calvinists will be happy with the brief summary above. I have tried to state the view as succinctly and clearly as I know how, and in fact, I tried to write that summary in a way that almost nobody could disagree with it—not even most non-Calvinists.

If you are trying to figure out what Calvinism is all about, it is likely that as you read through that brief description of the five points of Calvinism, you though, “Yeah? So? That’s what I believe. That’s what the Bible teaches, isn’t it?” Yes, well, that is what this series of posts on Calvinism will seek to determine.

Nevertheless, for those Calvinists who feel I did not properly explain Calvinism, tomorrow I will post some summaries of Calvinism from leading Calvinists. (This will be a common practice in my series on Calvinism … to allow Calvinists to explain their views in their own words. I hope any Calvinists reading this will allow me to do the same with my own views.)