You are here: Home / The Teaching Method of the Apostles in Acts 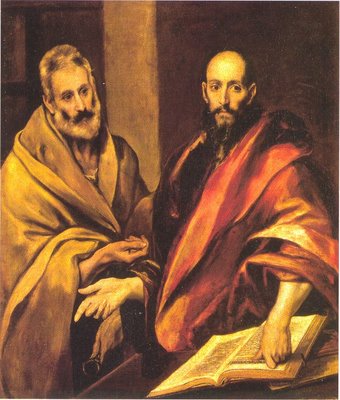 Yesterday, we looked at the teaching method of Jesus, and saw that His preaching method differed from His teaching. Just as we learned when we looked at the definition of preaching, His preaching was to mixed multitudes of people, often proclaiming the arrival of the Kingdom of God, and then answering questions and objections related to this announcement. Often, the answers were given in the form of parables and miracles.

Teaching, however, was in smaller settings, to groups of disciples or others who wanted to learn Scripture, and focused on explaining and applying the Bible for the audience. This setting also contained interactive questions and answers brought out by the text of Scripture.

How did the Apostles Preach and Teach?

Not surprisingly, after Jesus ascended into heaven, the apostles who had been with Jesus seem to have followed the example of Jesus in their own preaching and teaching.

, writes that the one who interpreted from Hebrew to Greek was called “an interpreter,” and the teaching as an “interpretation” (cf. 1 Cor 12:10; 14:26). The regular times of teaching were often done in the homes of followers of Jesus, and were usually accompanied by a meal and prayer (Acts 2:42).

Peter’s sermon in Acts 2:14-39 is not an example of early church “teaching” method. It is a classic example of “preaching” as defined in the earlier post. The sermon of Peter in Acts 2 is an extemporaneous announcement or proclamation explaining what was happening to the followers of Jesus on Pentecost. Even then, he did select a text, and rather than quote the Hebrew, he quoted from the Septuagint, which is the Greek translation of the Hebrew Scriptures. 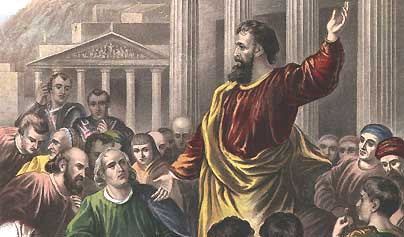 Stephen’s sermon in Acts 7 is similar. His message is not focused toward other followers of Jesus, but is a spur-of-the-moment proclamation or public defense of what he believed about Judaism and Jesus. He says some astounding things, and challenged the very core of religious beliefs and practices. The Jewish leaders did not like this at all, and stoned Stephen as a result. It was not the kind of response seminaries teach us to expect from a Spirit-inspired sermon.

The Sermons of Paul

The sermons of Paul in Acts fall under similar circumstances. Acts 17:22-31 is not formal teaching, but is logical presentation at a gathering of philosophers for the existence of the one, true God, and the resurrection of Jesus from the dead. It is not an interactive discussion of a biblical text for the instruction and edification of other believers.

In Acts 20:7-11, however, it seems that we may have an example of an extended monologue message by Paul to some gathered believers. The text says that Paul “continued his message until midnight” (20:7) and “Paul continued speaking” (20:9). Of course, there is no mention of what Paul was speaking about, but this was taking place on Sunday, with other followers of Jesus, and was accompanied by a meal (20:7). So some have pointed to this as an example of a long, monologue teaching by Paul to a group of gathered believers. 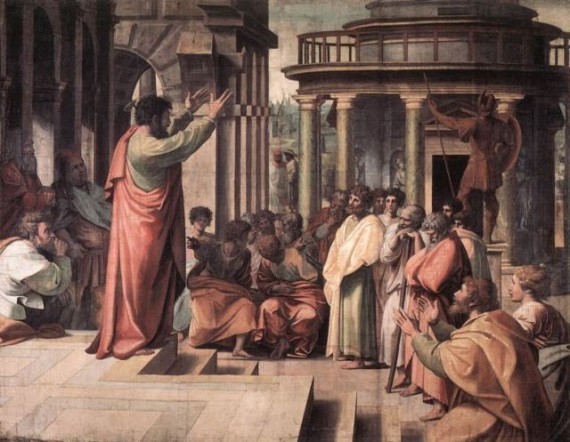 However, closer inspection reveals otherwise. The word used in both 20:7 and 20:9 for the “message” and “speaking” of Paul is dialegomai. Do you recognize this word? It is where we get our English word, “dialogue.” This was no monologue, but was an interactive discussion or debate (cf. the same word in Acts 17:17; 18:4, 19; 19:8-9). So while I agree that this is an example of how long some of these teachings went, even here they were interactive discussions, and while we cannot be certain, the discussion was probably about the interpretation and application of biblical texts.

Finally, regarding Paul, some point to the letters of Paul as examples of how sermons should be structured. I have heard several prominent pastors say that since Paul’s letters are fifty-percent instruction and fifty-percent application, our sermons should follow a similar pattern.  It is debatable if this division is accurate, but even if so, Paul’s letters are not sermons—they are letters. While the letters are instructive, they are not formal, face-to-face teachings and so are not models or guidelines for how we should preach today.

Preaching and Teaching in Acts

So once again, the pattern and distinctions seem to hold true. Preaching is a proclamation to a mixed multitude of people about the Kingdom of God coming to earth. It is often short, pithy, and persuasive, and is followed by a Q&A session.

Teaching, on the other hand, is an interactive discussion with a group of believers about specific texts of Scripture, which are explained and applied within the group.