You are here: Home / The Creeds of Christendom 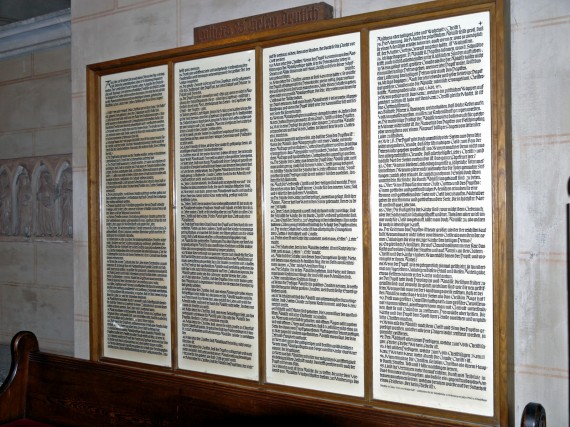 These statements and creeds are only some of the more well-known and widely accepted by large segments of Christianity. We are at the point today where there are thousands of different doctrinal statements for the thousands of different denominations, churches, and ministries. While the vast majority of these doctrinal statements were created primarily for the purpose of defining one group’s distinctive beliefs without condemning those who believe differently, nearly every statement contains points that are considered “non-negotiable” and which will cause churches to separate from others who believe differently, and even condemn these other groups as “unsaved.”

Ultimately, the reason behind the development of all of these statements remains the same. While on the surface, people claim that the statements are so we can know the truth, the statements ultimately come down to a desire to control and condemn others. If you disagree with this, just suggest to you pastor that the church discard its doctrinal statement and then see what he says. He will most often say something along the following lines:

We need the doctrinal statement so people know what we believe, and so we can take a stand on the truth. If we got rid of it, how would we know who could teach Sunday school, and who could lead Bible studies, and who could preach sermons? What is stopping a Mormon, or a Jehovah’s Witness, or a Universalist, or an Arminian from becoming a member and teaching their heresy to others?

On the surface, this is commendable. Taking a stand for truth is always commendable. And I admit that those who write doctrinal statements are hoping to define and defend the truth, to protect it from all the lies and false teaching that is out there.

But there are several problems with the development of doctrinal statements as a way of protecting the truth.  First, they set us up as judge instead of Jesus. Second, they end up destroying the truth and destroying people, rather than defending the truth or protecting people. And finally, they completely miss the entire point of the Gospel and the teaching of Jesus.

We will look at each of these problems in later posts, before turning to suggest a solution for how we can know and live the truth as Jesus intended. I am not against right doctrine; just against the improper use of doctrine.